Switching from Android to iOS 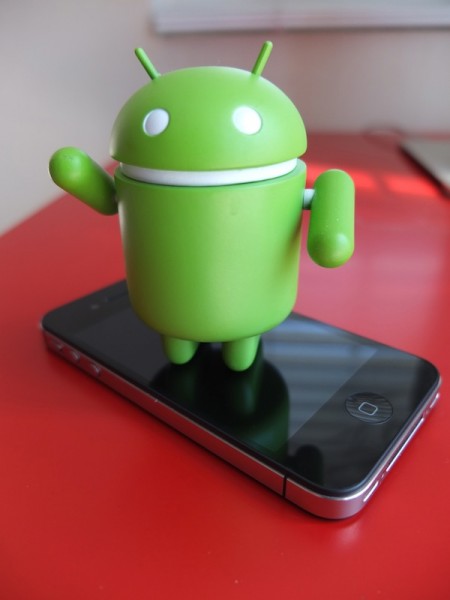 Google’s Android and Apple’s iOS dominate the smartphone market with hoards of fans willing to fight tooth and nail for their platform of choice. What is it really like moving from one to the other? I found out.

I made the move from Android to an iPhone 4S over the weekend and reactions have, as expected, been mixed ranging from the disparaging “a downgrade” to “welcome to the club, you won’t regret it”.

Having been an Android power user for almost two years I feel able to comment in a rational, balanced way without any fanboy style reactions. So, here are my thoughts on making the transition.

Quite ironically, I set up a wireless access point on my old HTC Desire so that I could activate the iPhone whilst coming home on the train. I did not previously have an Apple ID or iCloud account but setting them up and getting the device up and running was painless.

There are sufficient similarities between the two operating systems that anyone could easily make the jump from one to the other without much fuss. Having the majority of applications available on both platforms is also a great help as you have that instant familiarity, thus lessening any potential culture shock.

There are always learning curves, and I initially thought I could not get the iPhone to sync directly with a Google account. Configuring iTunes to bring in contacts and calendar data from Google is simple and avoids headaches, but this can also be achieved by setting up your Gmail account as an Exchange account rather than using the Gmail specific option. Either way, it saves you having to manually recreate all your stuff despite it living in two very separate homes.

I have always liked the build quality of the HTC devices I have owned; although largely plastic they feel sturdy and not likely to break so there was a lot to live up to. I don’t yet have a case for my iPhone so am probably over-cautious about it being largely glass but it feels extremely solid and well put together. It has a reassuring “heft” to it even though it is not actually that heavy.

One thing an Android user will instantly notice more than anything is the single button. It’s quite strange at times not being able to hit a “back” hardware button but you soon get used to this functionality being on-screen. I have mentioned before, however, that the inconsistency with which applications make use of the back button on Android is a major failing.

Having used the iPhone for a while and comparing it side by side with a “normal” display the difference is obvious and striking. It’s not just the pixel density but a combination of the screen resolution and font that makes text incredibly readable. By way of illustration I spent half an hour reading my RSS feeds in Google Reader at arms length with no trouble at all; I would not have been able to do that so comfortably on my Desire.

Android also lets itself down when it comes to software; inconsistencies in the OS and core Google applications have become a bug bear that hastened my desire to move to iOS. While I have only installed or use a limited number of apps on my phone I have used a sufficient number here and on an iPad 2 to know where I feel more comfortable.

The fragmentation with Android versions, screen sizes and device capabilities is often cited as a major issue, and it is easy to see why developers are targeting Apple first -- if they target Android at all. iOS is not without its share of issues in this regard, however, with a number of applications being released separately for the iPhone and iPad -- meaning that the user is forced to purchased them twice.

It is always said that specs are largely irrelevant as long as the device you are using is able to adequately perform its role; you don’t realize how true that is, and how much “experience” counts, until you have used both an Android device and an iPhone. iOS feels much more polished than Android; it is far smoother when rotating the screen or transitioning between pages. Animations within applications themselves are of consistently high quality that everything just feels better.

Android lovers may wax lyrical about the ability to install this custom ROM or that custom recovery, “root” the device and be able to perform all manner of tweaks on it, but, to be honest, once I found a solid, stable AOSP (Android Open Source Project) ROM I stuck to it and stopped tweaking my device.

There should not be a need to have to root a phone and muck about with it just to achieve a particular level of functionality; while iOS can be jailbroken, I don’t see that I will need, or want, to.

My disillusionment with Android has been growing and the move has been a long time coming; it will not be one I regret in a hurry. 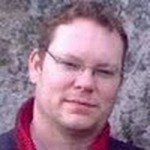 72 Responses to Switching from Android to iOS