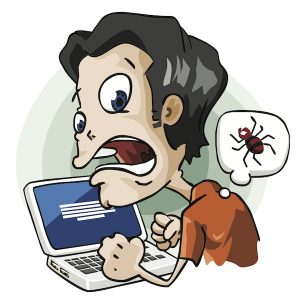 Early results from our "do you have anti-malware installed on your primary computer" polls are in, and there's some change from the ones conducted last May. More respondents on Mac and Windows use security software, but the split remains polarized: 75 percent of Mac users don't, while 90 percent of their Windows counterparts do. Welcome to the wonderful world of Apple denial. There are no pesticides to save this crop.

Responses are unusually low to both polls. I should know better asking anything over the Easter holiday weekend and start of Passover. I'm re-embedding the polls, hoping to jack up the numbers -- 315 for Mac and 358 for Windows, as I write. But the polarized results are consistent enough with the previous polls, when 86 percent of Windows PC users answered yes and 81 percent of Mac owners no. The difference between the polls is within reasonable margin of error, particularly considering respondents aren't qualified. Responses also could represent increased anti-malware usage in both camps.

I asked the poll following reports that the Flashback Trojan infects more than 600,000 Macs, binding them together as a botnet. Flashback first popped up last summer, so this isn't something new -- just the success as new variants appeared, Apple released updates (often too slowly) and Mac users failed to apply them.

BetaNews reader Joel Medina uses OS X and Windows, and on the latter runs Microsoft Security Essentials. "But on my mac I rarely install an AV program -- not because I think I'm immune but because it's just so rare that Macs get them because the focus for years for hackers was to attack Windows. But now that Macs are starting to get into mainstream usage I'm considering an antivirus program for my Macs."

Getting nasties such as Mac Defender or System Tool 2012 or whatever on your computer has always been more about the user's browsing habits than about any supposed flaws, or lack thereof, in the browser and/or operating system. This is not to say that those flaws do not exist, but they would be harder to exploit if most users knew what and how to avoid infection.

Mac has had a pretty good track record up until recently, but I have always said, Apple versus Microsoft is an irritating debate, because it's all code, and if you can write code for it, you can write malicious code. I'm not using the "security through obscurity" argument here, I'm just saying it was always just a matter of time.

On a side note, I find it sad how many people think that their smartphones are unassailable fortresses even though the number of infected mobile devices is on the rise.

The real question to ask: Do you need antivirus software at all? Reader capncoad has an answer for that: "Anti-malware apps are simply a moron detector with no real security. Every time it dings and tell you that it blocked a virus, it's really saying 'moron'...If someone created an antivirus app that caused your PC to shock you every time you downloaded a 200kb executable thinking it was a free song then I think we'd be on to something".

That's the point isn't it? Behavior. Windows 7 and OS X 10.7 are pretty hardened. Often malware infections are about stupid online behavior. "How stupid can people be", maddy143ded writes. "Why download stuff from websites that promise you a song and instead give you a small executable?"

Do I Feel Lucky?

There are lots of reasons, like social media. Your friend whom you trust recommends a link and you click. Or you trust Google and search for band X, only to find SEO poisoning in place. Or you trust Apple marketing statements like "Mac OS X doesn't get PC viruses", creating a false sense of security. Or you're browsing from home, you feel safe and project that feeling to web browsing. Trust is the constant.

Last year I kicked Apple in the groin for making security claims like this: "Mac OS X doesn't get PC viruses", which fosters a false sense of security. Oftentimes, as Flashback and countless Windows malware show, successful attacks are more about social engineering than lax operating system security. Human behavior matters as much, sometimes more. Criminals can break in no matter how good the locks if people open the door for them.

But do they need to install a separate security system (e.g. anti-malware)? I would feel pretty safe using Windows 8 and OS X Snow Leopard without anti-malware software. But then, again, I'm cautious of what I click.

After making Snow Leopard seem like the toughest thing next to the Terminator, the updated OS X security page concedes and recommends:

The Mac is designed with built-in technologies that provide protection against malicious software and security threats right out of the box. However, since no system can be 100 percent immune from every threat, here are some other ways to help keep your information as safe as possible:

As Clint Eastwood playing Dirty Harry said, "You've got to ask yourself one question: Do I feel lucky? Well, do ya, punk?"