With the states suing over ebook price fixing, Apple needs to surrender 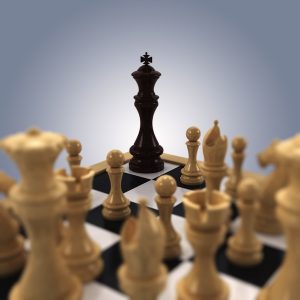 Attorneys General in 16 states filed suit against Apple and three publishing companies Wednesday, following a similar suit filed this morning by the US Justice Department. Unlike the federal suit, the states action also looks for monetary compensation in addition to the end of the collusive agreements between Apple and the publishers.

The states' suit names Apple as well as publishers Macmillan, Penguin Group USA, and Simon & Schuster. Hachette and HarperCollins are settling out of court, says Connecticut Attorney General George Jepsen, and will pay a combined $52 million in restitution.

"Publishers deserve to make money, but consumers deserve the price benefits of competition in an open and unrestricted marketplace", Jepsen says. "Those interests clearly collided in this case and we are going to work to ensure the eBook market is open once again to fair competition".

In the federal case, Hachette and HarperCollins settled almost immediately after the suit was announced, as did Simon & Schuster. Why Simon & Schuster did not settle with the states is unknown, but it very well could have to do with the monetary demand in addition to the move away from the so-called "agency pricing" model put in place by Apple's deals.

Apple is in trouble, that is now clear. Like the antitrust case built against Microsoft in the 1990s, the Cupertino, Calif. company faces a several-pronged assault from users, the federal government, and the states. Microsoft decided to fight the allegations against it, and lost.

With ebooks such a small portion of Apple's business when it comes to the iOS platform, is it really worth spending what could be millions to defend a contract with shaky legal basis? Experts agree that publishers are within their rights to have some control over the pricing of content. Apple does not have the right to dictate what that price may be though, or prevent competitors from undercutting its pricing.

That's where Apple went wrong, according to noted antitrust lawyer William Markham. The company saw Amazon in the rearview mirror, panicked, and made a legally questionable move as a result.

"Amazon poses a threat to Apple’s entire business model, its iPad line of products in particular, and its interest in making profits from selling ebooks", Markham told me last month. "Indeed, Apple explicitly wants to make profits by inducing prospective customers to purchase iPads and commit themselves by contract to its closed world of available ebooks, and Amazon stands between Apple and this profitable ambition".

Consumers were overcharged $100 million as a result of the price fixing, the suit claims. These attorneys general are not satisfied with the Justice Department's effort to control the ebook marketplace for five years to prevent collusion. They feel this profit was illicitly gained, and should be forfeited.

Apple gains nothing by standing its ground. Raising the white flag now and paying up will be far less expensive than fighting. Remember back to my piece last month where I showed that Apple has already admitted to the key allegations in the case. Apple said this in a legal filing:

It would make perfect sense as a rational and competitive business strategy for Apple not to enter as a retailer incurring losses, but instead as an agent on commission with a competitive offering – which is exactly what the agency agreements negotiated by Apple accomplished.

Is the ebook industry important enough for Apple to lose its head? I think not. The company makes far more money from other iTunes content. Ebooks, while a source of significant revenue when it comes to digital content, is nowhere near the revenues from music and video. I fail to see how the iBookstore will really mean that much in the end to Apple's bottom line.

Apple stands to lose far more by playing a game of Russian roulette with federal regulators. This isn't a battle worth fighting, and it is time to walk away before the damage is worse.

14 Responses to With the states suing over ebook price fixing, Apple needs to surrender