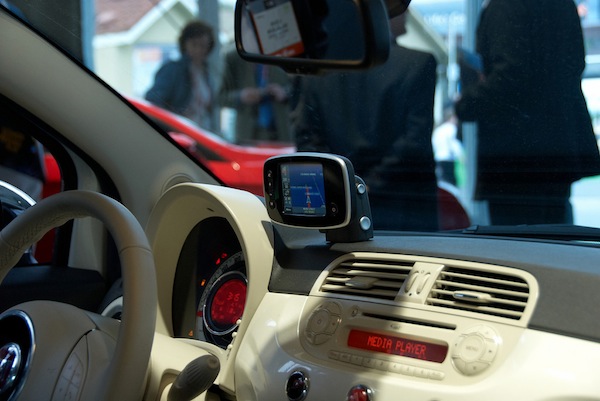 Windows PC makers will start unveiling their first 2013 models from today. They are all desktops built around the maiden Ivy Bridge processors out of the chute, which Intel announced late this morning. Ivy Bridge is the working name for Intel’s 2013 models.

Intel decision-makers chafe whenever I refer to their processor generations as model years. In fact, executives throughout the PC ecosystem universally hate the term. They’d better all start embracing it, though. Because they’ll need to adopt a model-year mentality if they want to ensure continuing growth.

These days, even the most casual observer can see that the PC industry could stand to use an injection of growth. First-quarter market estimates now are trickling in, and it appears that PC shipments were basically flat from last year. Some of us hold out hope that sleek, sexy new designs paired with a new Windows operating system will stimulate consumer interest and spark some growth by year’s end. I happen to subscribe to that point of view. But there are plenty of others who believe that the best days of the PC are behind us now that tablets permeate the landscape.

No doubt, media tablets divert cash that consumers might otherwise spend on new PCs. But it’s not the reason I’m advocating the model-year concept. Tablets are merely the latest new shiny thing to take advantage of the PC industry’s lack of a cadence and steal sales. There have been lots of others. Some of them, like tablets, prey on a weakness of PCs of the day. PDAs are another example of this.

Digression: why does the flight attendants’ narrative still include a passage giving us permission to turn on our PDAs once the plane is airborne? Raise your hand if you still use a PDA. In public, I mean. Where others can see you.

But electronic devices don’t have to be even remotely related for them to impact PC sales growth. Personal video recorders, flat-screen TVs, set-top gaming systems and MP3 players are just a few examples of items that sapped PC sales over the years. Consumers have limited funds to spend on electronics. So if there’s an exciting new gadget available, and the old PC still works tolerably, then the new laptop purchase will have to wait another year. That’s the hazard of high penetration rates.

The auto industry saved itself 90 years ago by adopting the model-year directive. After a couple short decades of rapid sales growth, the low-hanging fruit had all been plucked. Most households that could afford a car now had one. And they weren’t becoming obsolete. A five-year-old car could motor along at 45mph indistinguishably as well as a new car.

So what to do? Model years, that’s what. If managed properly, model years can serve as a gentle yet ever-present reminder to consumers that their ride is, well, outdated.

I started preaching model years about 15 years ago, when I was on an advisory council at Microsoft. The folks in Redmond, Wash. said that model years were a good idea. Unfortunately, they couldn’t implement model years because they’re on a multi-year upgrade cycle.  Or so they said.

Intel and AMD also said they were a good idea. But they couldn’t adopt it, they said, because the model-year methodology would introduce an ebb and flow into their manufacturing cadence, and they needed to keep their factories humming full force for 12 months out of the year.

Good idea, the PC vendors agreed. But they couldn’t adopt it because they need to sell out their inventory, they said. And who would buy last year’s model once this year’s was out?

And they all, each of them, said: what if we have a hiccup in our schedule and our product is delayed?

Meantime, in spite of each of their objections, they’ve all been moving closer to the idea. Intel now updates its architectures annually. And Microsoft, which still can’t figure out how to roll out a PC platform on a schedule that Outlook can present, is spinning multiple Windows Phone updates a year, just like the rest of the smartphone ecosystem.

And they all still say that PC model years is a good idea. But...

But...what a model-year cadence would do for the industry is that it would give them an opportunity to spruce up the platform: new processor, new OS, new aesthetics. If you don’t have a new OS, give us a cosmetic update to last year’s. That’s what the auto industry does.

Intel deftly adopted BMW’s 300/500/700 grading system for delineating good, better and best in its product line. So when consumers buy a Core i5-based PC, they know they’re getting a middle-of-the-road system.

Great. So why not also signal that they own a 2012 laptop? That way, they’ll have ever-present reminders of where their systems rank -- and also the age of their systems.

So forget the ‘but’s’ and get it together, PC ecosystem. The calendar is ticking.