Google Drive: perfect for a 'Nexus Tablet' that takes on Kindle Fire 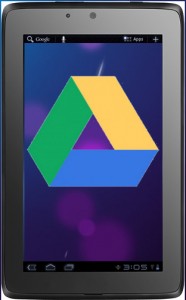 Google on Tuesday finally rolled out the long-rumored Google Drive cloud storage platform to compete with the likes of Dropbox, Skydrive, Box, iCloud, and all the rest.

But let's put cloud storage competition aside for a moment. When Google Drive was announced, I was immediately reminded of a recent quote in the New York Times:

"We took out $150 in build materials, things like expensive memory..."

That statement came from Nvidia CEO Jen-Hsun Huang in an interview he gave the New York Times at the end of March. In the interview, the executive discussed upcoming Tegra-powered Android tablets and the possible Tegra-powered Chromebook.

Scott Johnston, the product manager for Google Drive has already said "deep integration" with Chrome OS is coming soon for Google Drive, so naturally, one begins to wonder about the fabled "Nexus Tablet."

The rumor is that Google will soon be launching its own low cost branded tablet to compete with the highly successful, but highly walled-off-from-Google's-services Kindle Fire.

The Kindle Fire comes with 8GB of internal storage, which is supported by 5GB of free Amazon cloud storage where users can store their books, movies, music, or apps. For an additional $20 per year, users get 20 GB of storage space plus an unlimited amount of space for mp3 files.

If storage is the type of "memory" Nvidia is skimping on, integration with Google Drive could certainly provide a nice boost.

Adding fuel to the tablet speculation, Google opened a new version of its Web-based store for selling Android hardware on Tuesday. This was the retail birthplace of the entire Nexus line of Android products that began in the first month of 2010, and was shut down five months later. Now, the shop has re-opened in Google Play with just a single device: the unlocked Galaxy Nexus, and a heading marked "Devices."

5 Responses to Google Drive: perfect for a 'Nexus Tablet' that takes on Kindle Fire