The mobile web is dead 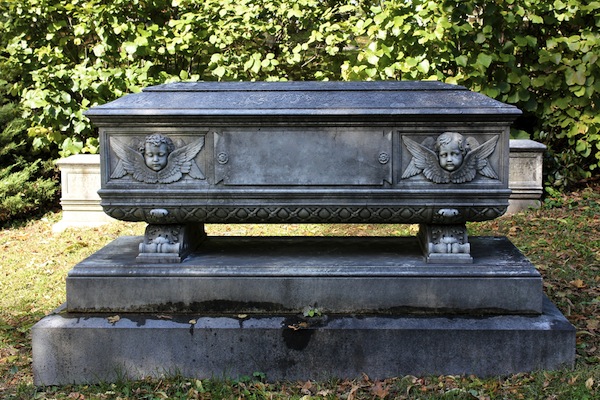 Today, comScore released startling data about the mobile web, which bodes poorly for the browser. In March, the web browser accounted for just 18.5 percent of time spent online among US smartphone users. Mobile apps accounted for the rest. Now we know why Safari for iOS capabilities advance so sparingly: Apple sees it as irrelevant. Stated differently: Safari is to mobile what Internet Explorer 6 was to the desktop 10 years ago. Apps matter more to both developers.

Qualifying that one country does not the whole world make, the US data nevertheless foreshadows future trends and illuminates the past, demonstrating the wisdom of Apple's 2008 turnabout. When iPhone launched in June 2007, cofounder Steve Jobs couldn't say enough about Safari as a key user benefit. But by early 2008, Jobs and company shifted emphasis to the App Store, which launched in July of that year. In essence, Apple bet against the web after foaming at the mouth about open standards. Apps better fit Apple's "our way or the highway" approach to end-to-end hardware, software and supporting services. Only Google can save the mobile web now.

Apple and Microsoft singing in a Tree

Apple and Microsoft command the dominate web browsers in their respective platform markets. Following IE6's release more than a decade ago, Internet Explorer usage share exceeded 90 percent. Microsoft won the browser wars only to abandon browser development, presenting a barrier to the web competing with Windows as a platform for applications. Microsoft only reinvigorated browser development after Mozilla started earnestly working on Firefox, which released in December 2004. Microsoft's choice letting IE lay fallow proved costly, following the start of a new browser war supported by search profits. By April 2012, Internet Explorer usage share had fallen to 54.1 percent, according to Net Applications.

The strategy is overwhelmingly successful. For example, visitors to Apple sites from smartphones spend 99.7 percent of their time there in an app, according to comScore. That's right, almost no one uses the browser. The number hugely validates Apple's app approach over Safari, since there is no real alternative on iOS. Apple doesn't approve competing browsers for the App Store, lest, like Opera Mini, they use a proxy method to function.

In an April 2010 analysis, I explained how "Apple, Google battle for the mobile Web". The post offers context relevant to what has happened two years later; give it a refresher read. This paragraph sums up the main point:

In approaching the mobile Web, Apple leverages its strengths as an end-to-end hardware/software developer. By comparison, Google already offers services in the cloud via the browser. Apple's worldview is more applications-centric while Google's is more Web-centric. Apple wants to pull computational and informational relevance to applications, while Google seeks to shift relevance to the Web.

Google pushes apps and the browser on mobiles, with increasing emphasis on its services. In February, Google extended its Chrome commitment to mobile, by releasing a compelling beta for Android 4. It's a superb mobile browser, and I'd buy an Android phone just to get Chrome. 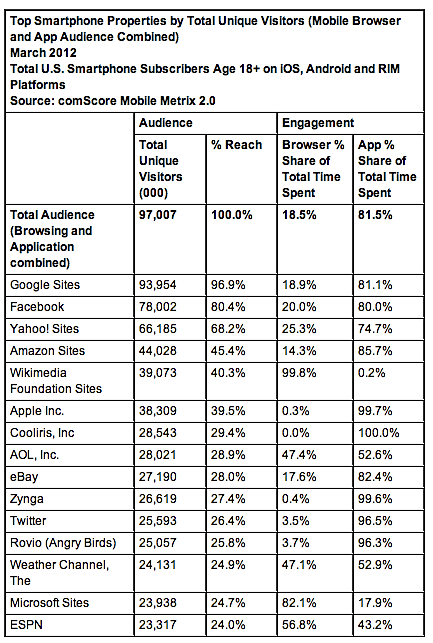 Google bets on Both

But Google isn't betting a one-horse race. I observed two years ago: "There also are hints Google is directionally changing towards Apple. Google is unifying applications and services and offering more mobile apps for different mobile platforms. Google also is integrating apps and services around Android handsets". That's exactly the situation today, as comScore reveals.

In March, US smartphone users spent 81.1 percent of their time on Google sites in an app. While considerably lower than Apple, browser still accounted for less than 20 percent of the time. Google's hybrid approach, of apps and browser, closely tied to its services pays off in time spent online. Including top-ranked Google Play, the top four Android apps go to Google services and six out of the top 10. By comparison, top-ranked iTunes (which includes apps) is the only Apple app to make the top 10. Apple doesn't offer the same breadth of disparate cloud services as Google, but I find the data unbelievable. Surely Apple's mail app ranks highly, as Gmail does on Android.

What I wonder, how much do Wikimedia sites account for all smartphone browser engagements, since 99.8 percent of the time spent there in March was in a browser. That despite dedicated Wikipedia apps for Android and iOS as alternatives.

So outside Wikipedia, the mobile web is dead. It's mostly apps now. That said, Google continues aggressive browser development despite Apple's lackluster Safari commitment. Imagine if Chrome came to iOS how the mobile web's fortune might change. Surely in some, wayward alternate universe it has, but here.

36 Responses to The mobile web is dead