Unfair maybe, but Microsoft has the right to bar browsers from Windows RT 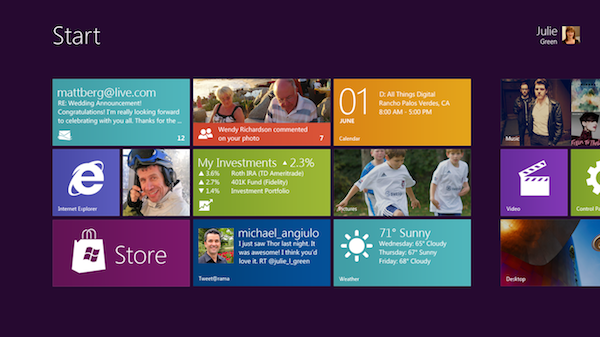 Suddenly, the new Microsoft doesn't look all that different from the old one. During court proceedings for the 1998-2001 antitrust trial, government lawyers accused Microsoft of playing favorites by providing its developers access to information not available to third parties -- thus giving Internet Explorer unfair competitive advantage over Netscape. The company's browser policy regarding Windows RT isn't just much the same, it's much more. IE gets hugely exclusive access. The question: Is it anticompetitive?

The answer isn't as simple as some people might think. For example, look at Apple. Is it anticompetitive that the company effectively bars competing browsers from iOS? It's a Safari-only platform, lest browser developers work by proxy, like Opera does. Windows has an acquired monopoly on Intel-based PCs. Apple imposes one in part, by controlling everything on its platform, which is exclusive to its own hardware. Something else to ponder: Microsoft doesn't have a monopoly on ARM as it does on x86. There's no position of market dominance to exert anticompetitive behavior, as could be defined under US antitrust law. Microsoft is within its rights to shut out Chrome, Firefox and other browsers while favoring Internet Explorer. But that doesn't make it right.

"For Windows on X86, Microsoft is giving other browsers basically the same privileges it gives IE", Asa Dotzler, Firefox marketing community coordinator, says. "But on ARM chips, Microsoft gives IE access [to] special APIs absolutely necessary for building a modern browser that it won't give to other browsers so there's no way another browser can possibly compete with IE in terms of features or performance".

Microsoft's Windows RT browser censure isn't something new, but Mozilla general counsel Harvey Anderson brought the plan to the forefront with yesterday's "Windows on ARM Users Need Browser Choice Too" blog post. For good reason. Microsoft's US antitrust oversight ended last year and the company complies with a European order requiring a Windows version without Internet Explorer. Then there is the aforementioned ARM, which is outside the monopoly market defined by the courts. The court of public opinion is Mozilla's only recourse now. Anderson uses it effectively; the topic is easily meme of the day.

Windows RT's main user interface is the tile-like Metro, but there is classic desktop mode, too. Anderson explains:

Windows on ARM prohibits any browser except for Internet Explorer from running in the privileged 'Windows Classic' environment. In practice, this means that only Internet Explorer will be able to perform many of the advanced computing functions vital to modern browsers in terms of speed, stability and security to which users have grown accustomed. Given that IE can run in Windows on ARM, there is no technical reason to conclude other browsers can’t do the same...Quite simply because Windows on ARM, as currently designed, restricts user choice, reduces competition and chills innovation.

Essentially, Microsoft restricts desktop access to its own software. Anderson calls the restriction an "unwelcome return to the digital dark ages where users and developers didn’t have browser choices".

But is it really? One could argue Apple is there today, by refusing Google, Mozilla and other browser developers admittance to the App Store. Windows RT will emulate much of Apple's iOS strategy: focus on touch and tablets; built-in app store; operating system available on devices only; priority given to the OS developer's apps; and platform curation, among other things. Windows RT is the least partner-friendly Microsoft operating system ever based on what little published information is available (I exclude embedded and smartphone OSes).

Dotzler accuses Microsoft of breaking its promise to developers made with the "Windows Principles" unveiled in July 2006. He has a point, although I didn't think much of them at the time. I wrote for the now defunct Microsoft Monitor blog: "Most of these principles derive from concessions Microsoft made as part of its US antitrust trial". That was then, when Microsoft was subject to government oversight. There is none now and no onus, other than bad publicity that will pass in a few days, to follow them.

Strangely, the link to the 12 principles (organized into three main categories) is dead, although the press conference luncheon transcript still exists. Dotzler provides an off-Microsoft site archive link to the principles. By my reading, Windows RT breaks the first four under the first heading and first under the second heading -- important to developers like Mozilla because it pertains to APIs.

We're committing today that we will document and disclose all the APIs in Windows that are called by any Microsoft application, whether it's middleware or a standalone application like Microsoft Office or one of our Web services like Windows Live. In effect, this ensures that the rest of our industry is able to use the same technology building blocks in Windows that Microsoft's own developers are able to use.

Microsoft's browser prohibition breaks that promise, but only as applied to Windows. In a citation CNET's Stephen Shankland has, and that I can't corroborate, Microsoft Deputy General Counsel David Heiner tells Anderson that Windows RT "isn't Windows anymore". The name surely implies so. But playing Microsoft semantic games, assuming Heiner is properly quoted third hand, those Windows Principles wouldn't apply. Microsoft has an out and not the only one -- the other being no monopoly position on ARM processors.

By the way, I asked Microsoft's legal team for comment, since this all started with "Mozilla's general counsel, who raises customer choice and anticompetitive concerns. I haven't received response yet.

Moral: Once a fox always a fox (no disrespect to Firefox). Microsoft changed its behavior while caged by the US government. Set free, it's true nature returns. But I see that nature differently than do the Mozilla folks. Microsoft isn't looking to gain advantage over Chrome or Firefox in a new browser war but compete better against iOS devices.

This is all about Apple, and Microsoft preserving its platform's relevancy in the connected-device -- post-PC, if you prefer -- era. There are reasons why so much of Microsoft's approach to Windows RT so resembles iOS. Microsoft is locking down the platform in ways so similar to Apple, with the browsing engine a key component of the strategy.

Earlier I asked if Apple's Safari exclusivity is anticompetitive. Under US law the answer is almost certainly no. I must apply the same conclusion to Microsoft's IE-favoritism. But what a platform vendor has a right to do and what's right to do are very different. Microsoft is wrong to alienate development partners, as is Apple. But Apple shows Microsoft how easily wrong means nothing. App Store and iOS are hugely successful without browser choice and restrictions placed on app approval. Microsoft is more concerned with preserving its platform for all developers rather than negative reactions from a few along the way.

The negative publicity will pass, Mozilla will get no redress and Microsoft will have its way. Should Windows RT be a non-starter -- a total, market flop -- none of this matters, however. Microsoft doesn't restrict Windows 8 the same way, so developers have a huge, and arguably more open, development platform.