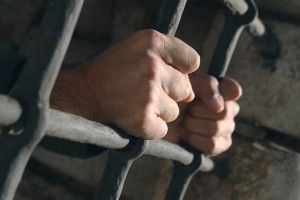 Microsoft CEO Steve Ballmer hit me with a club yesterday -- okay, figuratively, but it didn't feel that way. He boomed onto the BUILD developer conference Day 2 keynote stage with an unexpected message: Microsoft is re-imaging -- that is reinventing -- around Windows. Now that's talk I haven't heard from the big boss in about 10 years.

"Our point of view is Windows is at the center", Ballmer told financial analysts a few hours later. The proclamation is stunning because of timing and what Microsoft is doing with Windows 8. In mid May, US trustbusters finally ended oversight of Microsoft; the company plans to integrate into Windows 8 the kind of stuff it hasn't since, well, XP launched a decade ago next month.

Federal prosecutors, and their attorneys general partners, filed the antitrust case to prevent Microsoft from stifling innovation in the tech industry. However, government oversight failed to quash Microsoft's twin monopolies -- Office and Windows. The vast majority of x86 PCs still run Windows -- 90 percent or more, depending on the analyst crunching the numbers. In 2010, nearly eight out of every 10 dollars spent on a desktop or server operating system was for Windows, according to Gartner.

As for the other monopoly, "Office is our biggest business", Ballmer told financial analysts yesterday. "Office is growing rapidly". The product now generates more revenue than Windows.

By that measure, the antitrust case filed in May 1998, initially by the Justice Department and 20 state attorneys general, is a failure. But it succeeded in something else, which is worthy of debate particularly as Google's search monopoly comes under increasing antitrust and anticompetitive scrutiny: Stifling innovation at Microsoft.

Windows innovation stagnated during the last decade, as Microsoft backed off the so-called middleware categories covered by the antitrust case and withheld integrating new technologies into the operating system that should have kept the platform vital and created more opportunities for third-party developers.

Ballmer's statement and Windows 8 plans revealed this week sound very much like Microsoft in 1999, before US District Judge Thomas Penfield Jackson ruled the company had violated the Sherman Antitrust Act. Microsoft's behavior before, during and after government oversight makes clear the impact.

Microsoft settled the antitrust case in November 2001, a month after Windows XP shipped. The company immediately began complying with the consent degree even though another year passed before being approved by Jackson's successor. Microsoft agreed to:

* Hide access to four so-called middleware categories -- email, instant messaging, media playback and Web browsing -- and to provide a Windows utility for setting the default application for each.

* Treat all OEMs equally, by licensing Windows on the same terms to all.

What happened afterwards is revealing. Microsoft stopped developing Windows Messenger and only lightly iterated Outlook Express -- applications that were later removed from the operating system. Microsoft abandoned Internet Explorer development and only resumed when the launch of Mozilla Firefox in late 2004 renewed browser competition. Windows Media Player got modest upgrades, but nothing on the order of the development that occurred before the antitrust settlement; later Microsoft released Zune software, which isn't integrated into Windows and clearly received more development priority.

Microsoft gingerly advanced or passed on new technologies that made sense going into Windows or closely tied to it. For example, Microsoft released anti-malware software during the mid-Noughties but separately from Windows (and with antivirus vendors crying unfair competition about integration). Microsoft should have launched a Windows app store long ago -- hell, other vendors were doing it. Surely, Microsoft product managers and lawyers asked about everything related to Windows: "What if?" "What if we integrate this into Windows? Or that?"

Taking the bars off Windows

Now compare what happened before antitrust oversight to some of the announcements made this week:

* Microsoft's antitrust problems started with Internet Explorer and its integration into Windows 98. The approach dissuaded developers from competing platforms, Justice Department lawyers argued. As aforementioned, Microsoft toned down IE development following XP's release. Now, with oversight over, the company is back making the browser a core development element of the operating system.

* Related, Microsoft pushed the Active Desktop during the Windows 98 era, but gave up on it during the antitrust trial. Windows 8's Metro UI is all about active content, and developers using HTML5, JavaScript and native code to write apps and to support connected services.

* At the turn of the Millennium, Ballmer trumpeted about a set of consumer web services codename HailStorm. Microsoft abandoned it. But this week, BUILD presenters showed how Live services, and, most importantly, synchronization services tightly tie to Windows 8 and Metro.

* Coming into the new century, Microsoft planned to use Passport as a universal, single sign-on authentication system aligned with Windows. Following privacy group complaints, a Federal Trade Commission investigation and subsequent settlement, Microsoft backed off the authentication strategy. Yesterday, at BUILD, Microsoft showed off single sign-on capabilities that developers can add to their applications using the Windows Azure Toolkit.

* As previously mentioned, during oversight Microsoft chose to release security apps separately rather than make them a core part of the operating system. Microsoft did venture as far as firewall but not to integrated antivirus. On Monday, BUILD demonstrators showed off Windows 8's built in anti-malware protection.

Integration has long been a Microsoft development philosophy, and other platform developers do it, too. But Microsoft did it much less over the last decade, and in doing so made Windows a much less appealing product for consumers or platform for developers. Judging from this week's developer conference, Microsoft is ready to engage in the kind of platform innovation that someone felt necessary to hold back. Competitors like Google frequently filed complaints about Windows during the oversight period.

Nothing is more revealing about what's different than Ballmer's fresh statements over the last two days about a "Windows centered" approach and re-imaging not just the operating system but the entire company around it.

"Certainly I can read plenty of places where people will question whether that's a good idea or not", he told financial analysts yesterday. "I think it's an exceptionally good idea, and if you took nothing else out of BUILD, you certainly should have taken that Windows is front and center in our strategy.

To be clear, US antitrust oversight didn't end and suddenly Windows became important again. The product development cycle leading up to BUILD long preceded the end of government scrutiny. But Microsoft's top brass knew it was coming years ago. They planned for it, and they're ready to make Windows a vital platform again.

If you look carefully at Microsoft product development -- for Azure, Live services, Office and server software -- it has skirted around the core issues of antitrust oversight and limitations placed on Windows development. But also you can see how Sinofsky, who runs the Windows & Windows Live division, his team and Microsoft's top brass prepared for this time, when oversight was over.

In December 2009, I described the first 10 years of the new millennium as "Microsoft's decade of shattered dreams". The dreamers are back to work and Windows innovation with them.