You are collateral damage in the patent wars 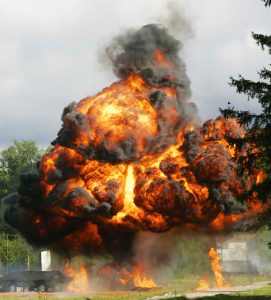 The patent is mostly a good thing, right? It is a way to show recognition for all the work an individual puts into developing something completely new. It’s useful in determining who creates and who copies. The system may have its kinks, but it’s a good one overall. We revolve around it each day whether we know it or not.

A patent is an easy way to make money, but these days not so much for inventing things but inventing concepts to patent. To make money from them, usually someone has to get sued. The process involves a considerable amount of money, starting with paying lawyers, paying court costs, paying for transport, hotels, meals, and so on. All these things add up and they account for every cent as to what a trial would and does cost.

I could be naive and think that they could be generous with each other and the winning party helps the losing one with trial costs. But I’m not, so I’m going to say that when someone loses a patent trial he’s going to sue someone else to get their money back or, they mess (kind word here) with their potential buyers or current owners of their products by the means of price and so on. We may not notice it, but let’s not pretend that it is not happening.

Let’s bring It down to Earth

I agree to the use of patents, but what I can’t agree with is the waste of the court’s resources. Instead of dealing with severe matters that can’t be dealt with outside of court, judges have to rule in frivolous matters concerning patents that are in no way representative nor innovative. US District Judge Richard Posner, who ruled upon a patent dispute between Apple and Motorola, called Apple's filling "frivolous". The man has got some character to be able to stand up to Apple, and we have to applaud him to having the courage to do so.

In yet another ruling, just yesterday, a UK court found that HTC doesn't violate Apple's slide-to-lock patent, calling it "obvious". How obvious is it? Look again at the photo directly below, but more closely at the below the fold. On the eve of the original iPhone's release 5 years ago, the Neonode N1m review demonstrates techniques and technologies Apple later sued competitors for using. Who is copying whom? 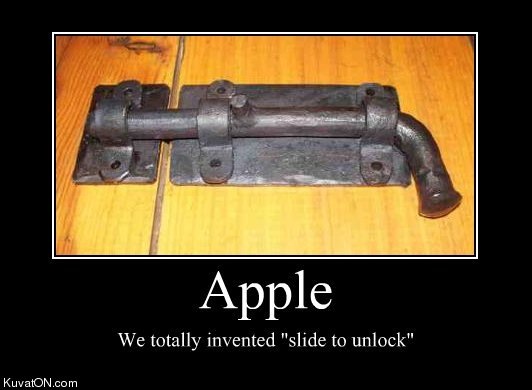 A study from 2011, called "The Private and Social Costs of Patent Trolls", points out alarming facts. The patent wars cost $80 billion per year. Firms that do not sell any products -- non-practicing entities, or NPEs -- are responsible for half a trillion dollars lost in wealth to defendants from 1990 to 2010. To grasp this, half a trillion dollars is $500,000,000,000. Can you count the zeroes? This is an alarming number from NPE numbers alone, not counting the damages caused by big firms. This is a number that barely surfaces in any recent news about the patent wars. Imagine what the situation will look like from now on, especially as there are an increasing number of parties going to trial.

As I am going to point out, it's the software issues that are the easiest to tackle and easiest to cripple a company's activity. Why? Because that's what NPEs do when they go to trial: they sue because of software patents. The rules regarding software patents are not very strict and well defined, so chances are there's a loophole.

Hardware, on the other hand, is harder to patent and for someone to sue over. It involves a lot more work and research and leaves more traces, so it's a tough nut to crack. But a recent trial forced Samsung to change the metal frame surrounding the Galaxy Tab after losing in a German court. Minor design cues shouldn't be influenced by lawyers. More recent news shows that Apple has been successful in its attempt to ban US sales of Samsung Galaxy Tab 10.1, which doesn't make much sense given Samsung already released the Galaxy Tab 2. Apple must be onto something with older products.

The banning of products on US soil has been done so easily that one has to wonder what evidence is needed by US Customs to block a shipment and why they're so easily convinced by the arguments Apple have. Who's to say they even bother to check whether they have a legitimate reason or not?

HTC shipped the One X and EVO 4G LTE with software that complies with Apple patents from the start, yet US Customs delayed imports. This is one clear case when Apple had no case and wrongfully pointed fingers at HTC, resulting in blocked shipments of cell phones.

Such actions affect the sales of many desirable products for which people have been waiting a considerable time and have paid for in advance. Then there is collateral damage. For instance, Sprint was a victim here by having to offer compensation (a free case) and a letter of apology to the buyers that put up with the delays. It's a tough business to be in and sometimes you have to pay for other people's mistakes. How ironic that Sprint also is an Apple customer (by selling iPhone) yet was injured by an Apple patent temporarily blocking shipment of another product.

A US Judge, Lucy Koh, prevented Apple from going to trial against Samsung, due to her overloaded calendar. Apple seeks to ban all Samsung Galaxy S III shippments in the United States. Why? Must be something irrelevant at matter. Last week, the same judge granted an injunction order against the very popular Google Galaxy Nexus, based on US Patent no. 8,086,604. Apple looks desperate again by gunning down older products. Google needed to offer a software update to continue selling the Nexus, but by doing so crippling its capabilities. The world's leading search provider had to remove search capabilities from the Android phone, all because of an Apple patent.

Samsung has tried numerous times to ban the sale of Apple products. A recent case is when Samsung sued Apple in the Netherlands and lost. Imagine the number of people unable to buy a new iPhone because of Samsung. History could have repeated itself with HTC, as I pointed our earlier. Disgruntled customers could come out of every meeting these two have.

The war between Samsung and Apple is so big and important to both corporations that it hasn't shown its full importance yet in the tech world. All the trials are alarming even for Apple CEO Tim Cook who said that he much prefers to settle rather than go to court (does he really?). A court ordered the CEOs of both Samsung and Apple to meet and settle the differences. According to unnamed source reports, Apple refused to settle.

The Price We all Pay

Having the possibility of legal defense is a great thing, but it seems every big corporation takes it a step too far, disrespecting the fans of the opposing side. Who's to say that the fans will ever buy a competing product after such bad cases?

And the only real damage that's constant with time is done to the customers wanting to buy the products in question. The multibillion dollar corporations have the means to spend money and go to trial whenever they think is right, so I hardly feel sorry for them. But what about the little guys wanting a smartphone, tablet or any other product for which they have waited or/and saved for a long time? They’re the real victims here. They're the ones who pay and that's the important part.

The big corporations have a lot of lawyers at their disposal and not using them is a waste of their money. The business models today require having lawyers to help even with the least important things, so you can see how this can get out of hand. You find yourself with an army of educated lawyers at your disposal and nothing important to do, so how can you get your money’s worth? You are in a situation where you have to use them because you hired them, not necessarily because you need them. Then you go to court with your chin up and claim you have been wronged and you demand compensation.

What happens when a corporation loses a trial? They have to find a way to keep their profits, so what do they do? They raise the product's prices, they subsidize at a higher cost and they sue to gain more sales while the competitor is down, among others. These are simple ways one corporation can use and I’m certain that there are plenty more sophisticated ways that I haven’t mentioned. It’s not the butterfly effect, but it’s similar. You never know where it hits you from, and it will happen every time.

Do Something About It

Patents should protect innovation, rather than prevent it. However, companies quick to sue -- and Apple is high on the list -- hurt everyone, including their customers and even themselves. Every patent is another limitation for the person that doesn't know it exists.

Similarly, patents should be about recognition, not about a personal vendetta against everyone that you have a problem with. Example would be Apple cofounder Steve Jobs, who, even before his death, was convinced that going after Android is the most important thing. He's obviously wrong as this is a measure of a desperate man, not of the visionary who gave the world the iPhone and iPad, among other successful Apple products.

Buyers -- that means you -- decide the fate of products or corporations. You must decide whether to support their business model with your wallet, so the guy sitting in the CEO's chair can listen and be afraid of the power the little guy has. On the one hand, big corporations make you a victim in the patent wars. On the other hand, you, united with other customers, can rock foundations. The patent system is broken. You can't fix it, but you can make big corporations think twice about abusing it.

What’s your take on this matter? How do see patent disputes affecting you?

11 Responses to You are collateral damage in the patent wars