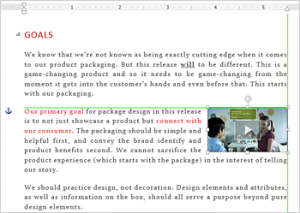 Microsoft unveiled the latest version of Office on Monday, intended to take advantage of the latest features of Windows 8 including touch, an ARM-based version for Windows RT, and two new Office applications including OneNote and Lync.

"We are taking bold steps at Microsoft", CEO Steve Ballmer said at the press conference in San Francisco. "The new, modern Office will deliver unparalleled productivity and flexibility for both consumers and business customers. It is a cloud service and will fully light-up when paired with Windows 8".

Expanding into touch is an important step for Microsoft as it embraces touch in Windows 8 and its newly announced Surface tablets. In addition, the company is looking to cement Office's spot in the cloud productivity sector.

To that extent, Microsoft is integrating its SkyDrive storage offering, and documents are saved to SkyDrive by default. Another feature known as roaming will allow your settings and documents to follow you through signing into the application at launch, and a subscription-based service called Office on Demand will allow for full-featured applications to an Internet-connected Windows-based PC.

Yammer, the business social network Microsoft acquired last month for $1.2 billion. Yammer will integrate into both SharePoint and Microsoft Dynamics, Microsoft says. Support for large touchscreens is another new feature in Office, made possible by Microsoft's purchase of Perceptive Pixel last week.

The Redmond, Wash. company is so far staying mum on availability and the various offerings, only saying Monday that those announcements will be forthcoming in the fall. That suggests an early 2013 release for the productivity suite.