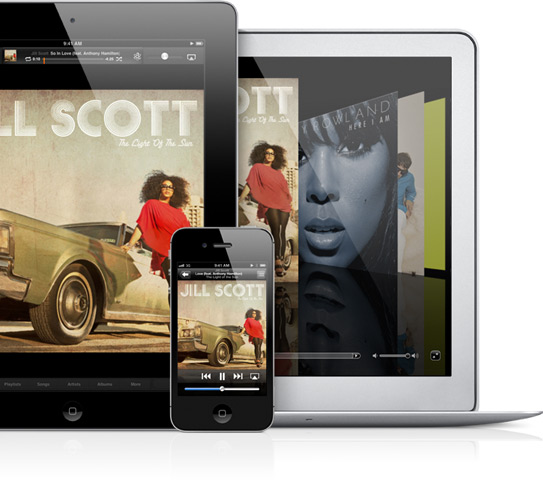 Uncertainty hung over Apple's fiscal third quarter coming into today's earnings announcement. Gulfs widened among analysts for overall revenue estimates and about how many iPads or iPhones were sold. No one expected poor performance, there was just more uncertainty about what and where than more recent quarters. Fiscal Q3 will be remembered as sea change coming, as Apple missed Street consensus for the first time in years and iPad sales surged against iPhone.

For fiscal third quarter, Apple reported $35 billion revenue and net profits of $8.8 billion, or $9.32 a share. A year earlier, the company reported revenue of $28.57 billion and $7.31 billion net quarterly profit, or $7.79 per share. Apple announced fiscal Q3 results after the market closed today.

Three months ago, Apple forecasted $34 billion in revenue with earnings per share of $8.68. Analyst average estimates were higher than Apple guidance: $37.18 billion revenue and $10.36 earnings per share. Revenue estimate range: $34.54 billion to $41.73 billion. This breaks an ongoing trend of the Street expecting more than guidance and Apple still beating consensus.

Shareholders responded rapidly to the earnings miss, with shares down more than 5 percent in after-hours trading.

Looking ahead, Apple forecasts $34 billion in revenue for fiscal 2012 fourth quarter, with earnings per share of $7.65.

As expected, Apple will issue a dividend, $2.65 per share, on August 16 to shareholders of record on August 13.

"We’re thrilled with record sales of 17 million iPads in the June quarter", Apple CEO Tim Cook says. "We’ve also just updated the entire MacBook line, will release Mountain Lion tomorrow and will be launching iOS 6 this Fall. We are also really looking forward to the amazing new products we’ve got in the pipeline".

Gross margins rose to 42.8 percent from 41.7 percent a year ago. Sales in international markets accounted for 62 percent of revenue.

Macs. I usually begin my segment breakdown with iPhone and iPad, but Mac shipments cast context onto the other discussions.

During fiscal third quarter, Apple released new Mac Book Pros, which unsurprisingly lifted portable shipments (or what the company calls sales). Apple shipped 4 million Macs during the quarter, up from 3.947 million units a year earlier; growth was 2 percent year over year. Wall Street consensus was about 4.3 million units worldwide -- or 300,000 more than their year-ago estimate, which Apple missed. So Apple missed the Street. Again.

Apple ended the quarter with three to five weeks inventory, which is below normal levels.

Mac shipments outpaced the broader market, which performance can only be called disastrous. Gartner and IDC released preliminary calendar second-quarter PC shipment estimates two weeks ago -- flat globally, but down 5.7 percent or 10.6 percent in the United States, depending on whether Gartner or IDC counts the numbers. IDC put Mac shipments down for the first time in years, while Gartner disagreed. Today, Apple answered both.

IDC puts Apple US PC market share at 11.1 percent, down nearly 1 point year over year, while Gartner sees share rising -- from 10.8 percent to 12 percent. US performance foreshadows much, because it is the geography most affected by so-called post-PC devices, particularly smartphones and tablets.

"Consumers are less interested in spending on PCs as [they] are other technology product and services, such as the latest smartphones and media tablets that they are purchasing", Mikako Kitagawa, Gartner principal analyst, says. "This is more of a trend in the mature market as PCs are highly saturated in these markets". Something else the numbers reveal: iPad is cannibalizing Mac sales, even as it dents Windows PCs (see iPad, next, for more on that).

In response to a question about iPad cannibalizing Mac sales, Cook deflected. "It's clear the PC market is weak", but he focused on a slowdown before introduction of the new MacBook Pro as major factor affecting Apple. He says that weekly sales were down before the product announcement and up afterwards.

Cook says that Apple ended the quarter with a backlog of MacBook Pro orders, which he expects to clear out next month.

iPad was available in 97 countries and Apple ended the quarter "just within our target range of 4 to 6 weeks channel", Oppenheimer says.

During the quarter, Apple sold 1 million iPads to education. Oppenheimer boasts: "We sold twice as many iPads as Macs to education". Additionally, iPad sales "more than tripled in the enterprise in the past year".

"In the second quarter of 2012, the PC market suffered through its seventh consecutive quarter of flat to single-digit growth", Kitagawa says. Seven straight quarters?Is it any coincidence that Apple started selling the iPad eight quarters ago? Don't answer "no" too quickly. iPad's rapid gains, even its surge against iPhone is another sign that the PC era is over and in transition to the cloud-connected device era.

iPhone. Wolf's sudden turnabout and iPhone sales data from both AT&T and Verizon raised  a shadow of fiscal Q3 in the days, even hours, before today's earnings announcement. Analysts expected about 29 million units. Actual: 26 million. So for a second major product category, Apple missed the Street.

The fall-off isn't surprising as  smartphone growth cools in mature markets and anticipation builds for iPhone 5 -- or whatever Apple calls it. Weekly sales are somewhat rocky because of iPhone 5 rumors, Oppenheimer says.

Apple ended the quarter with iPhone available from 250 carriers in 100 carriers. iPhones in enterprise more than doubled in the last year, Oppenheimer says.

iPod. Apple shipped 6.75 million iPods during fiscal third quarter, down from 7.535 million a year earlier. Analyst consensus for fiscal Q3 was about 6.35 million. iTunes generated $1.8 billion in revenue, with education important contributor. There have been 14 million download of the iTunes U app, Oppenheimer says.

Apple ended the quarter with 4 weeks to six weeks iPod inventory, which is normal level.

Hanging by itself is Apple TV; the company sold 1.3 million during the quarter and 4 million for the fiscal year so far. "It's still at a level we would call a hobby, but we're still pulling the strings to see where it takes us", Cook says.