Twitter: 500 million accounts, billions of tweets, and less than one percent use their location 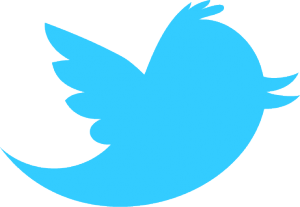 Twitter day. That’s how the past 24 hours can be characterized, and analysis of Twitter accounts and tweets by Semiocast only underscores it.

Semiocast's study reveals that the social network has 500 million accounts with 140 million of them in the U.S. alone in the first half of 2012.

In fact, the exact numbers are higher than that with 517 million Twitter accounts being created up to the 1st of July 2012. Semiocast used its proprietary platform, databases and tools to process the information it has presented in the study and to determine the location of each user, in order to geolocate them.

As far as the countries where Twitter is the most popular, unsurprisingly the first country per the number of Twitter accounts is the United States with 141.8 million accounts, representing 27.4 percent of all users, a 0.7 percentage point decrease from the 28.1 percent posted in January. According to the numbers, the U.S. had 145.42 million Twitter users in January and lost 3.62 million in six months, which means that 2.4 percent of users Twitter had in January closed shop, making for a significant number per the overall scheme of things.

In June 2012, 28.5 percent of public Tweets have been posted in the United States, dominating the rest of the countries, but according to Semiocast the growth is higher abroad the U.S, however 28.5 percent is significant enough to warrant a safe spot.

The U.S. is followed by Brazil, which has more than 100 million accounts less, currently at 41.2 million after gaining from 33.3 million accounts in January, a 23.72 percent increase in just six months, and a significant one as well. 8 percent of all Twitter users are located in Brazil and like the U.S. which keeps a relatively constant number of tweets and accounts; Brazil follows a similar pattern with 6.6 percent of all public tweets in June 2012, 4.3 times less than the United States.

In third spot is Japan; 6.7 percent of all Twitter users are located in Japan, but unlike the United States and Brazil, Japan has a higher tweet percentage than the number of accounts, currently at 10.6 percent of all public tweets in June 2012. Japan is the world’s second most popular Twitter country after the United States, making Japanese the second popular Twitter language as well.

Judging by the population number and the 20 countries listed by Semiocast, there is obviously one with more than 1.3 billion people missing: China. That is because in China Twitter access is restricted, and the most popular microblogging service there is Sina Weibo.

Though country-level rankings are somewhat predictable, the city-level tweeting activity is somewhat surprising. Jakarta leads the pack with 2 percent of all tweets coming from Indonesia’s capital, closely followed by Tokyo and London.

An interesting number comes from the number of public tweets, which according to Semiocast is just 27 percent at the city level, making for 285.66 million tweets, while the remaining 73 percent or 772.34 million originates from suburban/rural areas.

It strikes as an unexpected statistic, but the tweets have been geo-located; Semiocast states that only 0.77 percent of all public tweets are posted together with the GPS coordinates, a feature available when composing a new tweet. Therefore the statistics must be taken with a grain of salt, as only Twitter can account to the actual numbers and even then there wouldn’t be an exact geo-location of all accounts.

The report comes to substantiate that Twitter is making headlines once again and with 517 million users posting tweets on average every 2.4 thousandths of a second we’re only going to hear more of Twitter. However, in light of recent events one can only wonder about the effect it had over the number of Twitter accounts and tweets altogether. Is it better or worse?

3 Responses to Twitter: 500 million accounts, billions of tweets, and less than one percent use their location