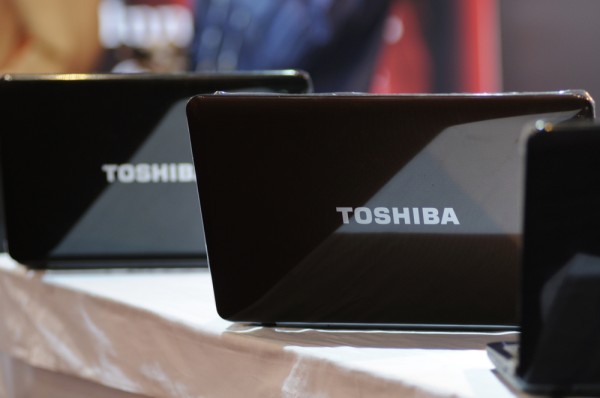 Toshiba is the third Microsoft OEM to pass on Windows RT, saying Tuesday that it has cancelled all plans for devices based on the platform for the foreseeable future. The announcement follows the very public comments of Acer CEO JT Wang, whose comments on Surface suggest his company isn't interested either, and a similar move by HP back in June.

"Toshiba has decided not to introduce Windows RT models due to delayed components that would make a timely launch impossible. For the time being, Toshiba will focus on bringing Windows 8 products to market", a company spokesperson tells BetaNews.

Toshiba's announcement timing is interesting considering the comments of Microsoft ecosystem and planning chief Mike Angiulo on Monday. Angiulo tried to calm the nerves of the community, saying the Redmond, Wash. company is doing all it can to work with partners on both Windows 8 and Windows RT.

"Microsoft has worked very hard with this release to provide the tools and support to contribute to new PCs that are more reliable, faster, use fewer system resources, and have improved software loads than comparable Windows 7 PCs", Angiulo says. He lists Dell, Lenovo and Samsung as ready to produce RT devices.

There are two noticeably missing from that list, Acer and Toshiba. This omission could mean that Microsoft knew about Toshiba's announcement ahead of time, and used the blog post to limit the damage.

"Windows RT represents a significant reimagining of not only Windows, but Windows PCs and how we partner together to engineer them", Angiulo concludes. "We are looking forward to the exciting announcements ahead from Dell, Lenovo, and Samsung".

Toshiba's announcement can be seen as somewhat a surprise. Texas Instruments was the company's partner building Windows RT devices. The two had already shown off concept hardware, and things were going well -- as recently as two weeks ago.

In an interview with Dow Jones Newswires, TI Windows development manager Kathy Brown describes development as "going well", saying she is "very excited" with Toshiba's plans. At the same time, Brown did admit RT development is difficult. That said, Dow Jones characterized the interview as positive.

So why the decision in such quick order? With TI nor Toshiba commenting further on the circumstances surrounding Tuesday's news, any suggestions to the true reasoning would be pure speculation at this point.

No One Reason for ditching Windows RT

It isn't clear why OEM's are seemingly running away from Windows RT. There are a few possible reasons though. The first as discussed is Microsoft's decision to encroach on OEM's turf with the Surface. These partners may feel attempting to compete with Microsoft itself is not worthwhile as consumers may see the tablet as an inherently superior product due to the fact that it's built by Microsoft.

But there could be another reason, and that's support. Since RT is built to support ARM processors, no x86-based software will work. This creates an issue for these manufacturers in that the amount of software available will be far less than its Intel-based counterpart for an extended period of time.