10 Windows 8 features you should know about 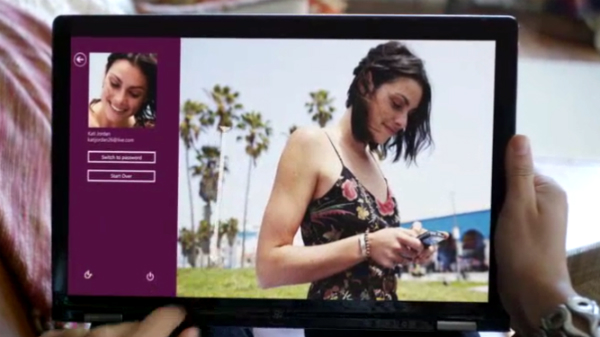 Windows 8 will make its public debut on October 26 and has been controversial ever since Microsoft first released information about the operating system to the public. What most  can agree on is that Windows 8 is a shift away from the traditional desktop-orientated operating system towards a system that can be deployed on a wider variety of devices.

The 10 features listed here are but some of the benefits coming with Windows 8.

Windows RT is limited from a consumer perspective. While you get Office and Internet Explorer by default, you can't install legacy software on the system, so you are left with the Windows Store and its apps when it comes to applications. It is comparable in this regard to Android tablets or Apple's iPad.

2. The new dynamic Start screen. All Windows 8 systems boot into the Start screen, which is a collection of tiles that link to apps, programs or settings among other things. Apps can be designed to display live information like the current weather report, your monitored eBay items or new photos that you have uploaded from your mobile phone right on the Start screen.

This page has been optimized for touch-enabled devices, but can also be controlled with the mouse and keyboard. Microsoft has been heavily criticized for making the start page mandatory for all systems.

3. Windows Store. From here, using a Microsoft Account, users can purchase, download and install apps. The store will offer free and paid applications, and its revenue potential is without doubt one of the reasons why Microsoft pushes the Start screen that much despite the criticism it received for it.

Apps are limited to the Start screen environment. While it is possible to use shortcuts to load apps from the desktop, Windows 8 will automatically switch to the modern user interface to load and display those apps on the system.

Windows 8 users benefit from a centralized location where they can download tested and validated applications that reduce the chance of installing malware on the system. Non-Windows RT users can still install desktop applications as usual.

4. Native USB 3.0 support. No Windows operating system but Windows 8 supports USB 3.0 right now natively, and while we may see support for USB 3.0 added to older versions of Windows 7 at some point in time, it is not clear yet when and how this is going to happen.

That does not mean that current Windows users can't benefit from the significant faster transfer speeds of USB 3.0, only that it is necessary to install third-party drivers to add support for that to their operating system.

Windows 8 users can connect their USB 3.0 supporting devices directly to the PC to benefit from all related features without having to do that.

5. Multiple monitor support. If your PC connects to multiple screens you will benefit from better support for multi-monitor systems in Windows 8. This includes options to extend the taskbar and wallpapers across several monitors, or to display the start page on one screen and the desktop on another at the same time.

6. Improved search. Microsoft has improved search significantly in Windows 8. When you search now, you are taken to the modern UI interface where you search in a full screen environment. Results are displayed once you enter the first search term based on previous use and a number of additional factors.

Filters on the right let you switch between apps, settings, or file related search results. What makes search superior to previous versions is that it is near instant, and that it is also powering in-app searches. If you run the eBay app for instance, you can open the search menu there to search on eBay directly from your desktop without web browser.

7. Built-in synchronization, cloud storage. If you log into Windows 8 with a Microsoft Account, your preferences are automatically loaded from the cloud. This includes personalizations, app settings, passwords and language preferences. You get the same experience whether you sign-in in New York, Tokyo or Paris, provided that the computer runs a version of the Windows 8 operating system and that logging in with a Microsoft Account is enabled.

Microsoft's cloud storage service SkyDrive is integrated into the operating system, allowing Windows 8 users to access data hosted on SkyDrive from their Windows 8 system. You can save documents to the cloud to access them from any device either through a web browser or automatically when logged into a Windows 8 system.

8. Speed and performance. Windows 8 boots faster than Windows 7 thanks to additional improvements made to the boot process. Hybrid boot for instance saves some of the data that is required to boot to the disk to speed up the system start significantly. The same is true for the shut down of the system and wake up from sleep.

Windows 8 is also faster when it comes to multimedia performance. Recent benchmarks by Techspot show an increase of about 10 percent over Windows 7 in benchmarks such as PC Mark 7, Mozilla Kraken or Google V8.

9. Refresh and reset. Refresh and reset are two new features of the operating system that may help when things are not running as smooth as before. Refresh basically reinstalls Windows without affecting your personal files. This can be helpful if you are running into an error or issue that you can't seem to resolve.

10. Price. As it stands right now, Windows 8 will cost significantly less than previous copies of the Microsoft Windows operating system -- $39.99 upgrade to Windows 8 Pro that includes a free Media Center upgrade. And while that's a promotional offer that expires January 31, it is likely that Microsoft will not increase the price afterwards to Windows 7 levels where a retail upgrade copy of Windows 7 Pro costs $199.

Depending on your personal needs, other features such as Storage Spaces, Secure Boot, Windows to Go, the SmartScreen filter, specific store apps or the file history feature may as important, or more so.

Some of the features can be integrated into other versions of Windows through third-party programs, customizations and tweaks, while others, like the Windows Store, can't.

Do you have a specific feature that you are looking forward to the most?

42 Responses to 10 Windows 8 features you should know about