Last week, a federal district court made a ruling that has broad implications for your privacy on Facebook. The end result is that you should be much more careful about what you share on Facebook with whom, because regardless of whether your profile is private or not, the Federal Government can use your friends to gather evidence against you, which in turn can be used against you in a court of law.

This is what happened to accused gangster Melvin Colon. The Bronx, N.Y. man used his Facebook to brag about his apparent exploits, which according to reports included messages of loyalty to his gang, posts on violent acts and threats to other people. The US Government was then able to find a friend who worked against Colon, and allowed law enforcement to use his or her Facebook to gather evidence.

Colon's argument is this: The information disclosure violated his Fourth Amendment rights. If you remember back to history class, this is the text of that amendment, part of the Bill of Rights. It reads:

The right of the people to be secure in their persons, houses, papers, and effects, against unreasonable searches and seizures, shall not be violated, and no Warrants shall issue, but upon probable cause, supported by oath or affirmation, and particularly describing the place to be searched, and the persons or things to be seized.

When he attempted to have the evidence gathered thrown out, or in court parlance "suppressed", due to the way it was collected, US District Judge Williams Pauley refused. So what gives? Isn't this an affront to our basic American rights? Apparently not, say experts.

To understand the issue further, BetaNews spoke Thursday morning with Chicago-based technology and intellectual property attorney Evan Brown to help understand this case and how it may affect you. Brown's comments should give those of us depending on Facebook privacy to keep things secret some pause.

BetaNews: Thanks for joining us today, Evan. Could you give us a quick synopsis of what happened here? 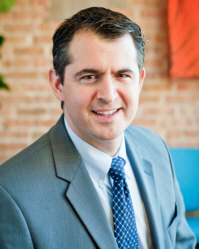 Evan Brown: In this case, the government suspected Mr. Colon was involved in illegal gang activity and secured the assistance of a cooperating witness who was a Facebook friend. Using that friend's account, the government gathered evidence of probable cause, which included discussion of past violence, threats and gang loyalty maintenance, that it used to swear out a search warrant. Mr. Colon then argued that the means by which the government obtained the probable cause evidence -- by viewing content protected by defendant’s Facebook privacy settings -- violated defendant’s Fourth Amendment rights. The court denied defendant’s motion to suppress.

BN: The understanding is though that Colon's Facebook was private, so only his friends could see his content. Shouldn't we have an expectation that the government cannot use our friends to gain access to our information that they wouldn't have otherwise?

EB: No. Other courts have uniformly held that a person cannot have a subjective expectation of privacy in information that is shared with others in this way. In this particular case, the court compared it to the situation where the cops tap the phone line of an informant talking to a suspect. So long as the informant consented to the wiretap, there is no Fourth Amendment violation, because the suspect has no basis on which to believe that what he says will be kept private.

BN: That is likely different from the way a lot of people think. Have judges previously ruled in this manner?

EB: Yes. Earlier this year a state appeallate court in New York held that a subpoena sent to Twitter did not violate the Fourth Amendment because "the Fourth Amendment does not protect information revealed by third parties". A judge in another case, Romano v. Steelcase, observed that the Facebook account owner would not have any Fourth Amendment reasonable expectation of privacy in information that she put on social media platforms, regardless of her privacy settings. The court went so far as to say that privacy on social networks is "wishful thinking".

BN: Is the central issue here really one where the general public has one view of what it thinks privacy is, while the court system has another? Is there a fundamental misunderstanding of what privacy is by most of us, at least from a legal standpoint?

EB: There is the more colloquial idea, namely, that when we adjust our privacy settings on our social media accounts so that not everyone in the world can see the content, we think that information is "private". On the other hand, the courts, when addressing the legal contours of privacy -- such as the Fourth Amendment expectations of privacy -- assign a different, narrower meaning to the term. Simply stated, information people send or post on the Internet is likely not "private" at all, regardless of what the user actually thinks.

BN: Thanks for your time Evan, and explaining why the courts have ruled this way.

9 Responses to Your Fourth Amendment rights don't apply to Facebook