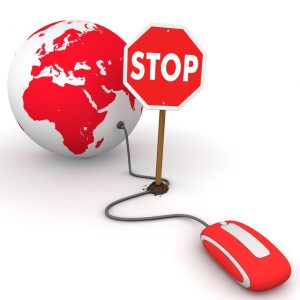 Like a lot of people I was intrigued and confused by the two stories that appeared on BetaNews yesterday regarding Microsoft’s issuing of DMCA (Digital Millennium Copyright Act) take-down notices. If you haven't already done so, you can read them here and here. While we’re waiting to find out why Microsoft asked Google to delist one of our old Windows 8 stories, it seems to have boiled down to two things. 1) Because we used an officially-sanctioned-for-editorial-use photo (which makes no sense), or 2) Because it was a negative story.

In his post concerning our DMCA notice, my colleague Joe Wilcox mused: "I wonder if the Microsoft censor police are trying to squash negative Windows 8 reaction using DMCA as a sword".

Could it be true? Could Microsoft be trying to take down negative Windows 8 stories? It seems unlikely in my opinion. Firstly, as anyone on the Internet knows, once something is on the web, it’s there forever. It’s the old hydra analogy -- you chop off one of the hydra’s heads and another grows in its place. If Microsoft tries to remove negative stories, all that will happen is more negative stories will sprout up.

There’s another reason why I don’t think this is about censorship, why it’s more likely to be an honest, or stupid, error on Microsoft’s behalf. And that’s because it’s simply not possible to censor every bad comment about Windows 8.

In a totally unscientific experiment I went to Bing and typed "Windows 8 is" into the search box. The top results called the OS a "cognitive burden", "not good enough for gamers", “abysmal", a "catastrophe" and "less user friendly". There were some slightly more positive headlines, but none of them glowing. The related searches sidebar had nothing good to say, just that Windows 8 was a "joke", "crap" and "terrible". If Microsoft is trying to manage the negativity around its forthcoming operating system, then looking at what its own search engine has to say on the subject would be a good starting point.

When you type "Windows 8 is" into Google the four instant suggestions that pop-up are: "crap", "rubbish", "horrible" and "a disaster". Needless to say, when you run a search the results that follow aren’t great either.

If Microsoft is trying to change what the web has to say about Windows 8, it’s going to have its work cut out, and everyone in the company, and associated with the company, will know that.

Whatever the reasoning is behind the issuing of these (and probably other yet to come to light) DMCA notices, I hope the matter is resolved quickly so we can go back to praising the best operating system ever conceived and created. And that new logo is great by the way, Microsoft. Very, erm, you.