Thanks for the DMCA takedown order, Microsoft! 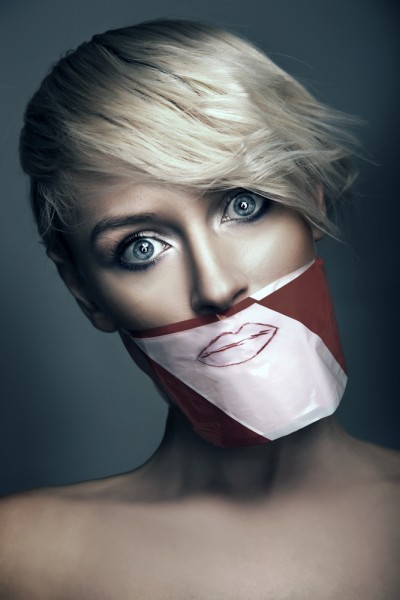 I have some advice for Microsoft: Back down and apologize while you still can. Because I won't cow before you, and neither will other editors whose sites you seek to censor. To Google: Shame on you for delisting from search results one of our stories because Microsoft demanded it. What? You're Microsoft's bitch now?

Late this afternoon, colleague Tim Conneally wrote about Microsoft issuing a DMCA (Digital Millennium Copyright Act) take-down notice regarding a ConeXware Power Archiver forum post. Well, hell, Microsoft filed notice(s) for at least one BetaNews story, too, and nothing exactly recent. I cocked my head in wonder: "Don't wait for Windows 8! Download it now!", from September 2011, when Microsoft released the Developer Preview. What about the post could be so offensive or somehow violate Microsoft copyrights?

The story's accompanying photo is one possibility. Mea Culpa, I put it there, though I don't recall from whence it came. Usually, for Microsoft, I typically pull images from the News Center or corporate blog. This evening I looked, and sure enough, the image is an official release from September 2011. Someone correct my understanding that Microsoft provides these photos for editorial purposes. If the image is the problem, then why single out this story? There are lots of others on BetaNews using product shots from the same source -- Microsoft's site for press.

The story links to a Download Crew page to get the software -- not even directly to an ISO file. The content has since changed from the Developer Preview to Release Preview, I discovered today. But surely that can't be a problem. In surveying the comments, I don't see any direct links to Microsoft copyrighted material, either.

What I do see are some negative comments, not close to the worst about Windows 8. That's something shared with the Power Archiver thread: Negative comments.

To our September post, Brian Butterworth described Metro, "at first glance, utterly vile. I'm trying to think of putting it in front of people in a business and explaining why you spend loads of money to upgrade from Windows 7 to what seems like Windows Vista II".

markbyrn: "If the Metro UI is not optional, it's a sure bet I will never upgrade to Win 8". Oh, it's not.

These are mild comments compared to others that came in later stories. I wonder if the Microsoft censor police are trying to squash negative Windows 8 reaction using DMCA as a sword. I don't have an answer because we don't yet know why Microsoft made the request. Google gets them and passes along receipt to publishers. We're trying to find out why now.

Microsoft is wrong to issue DMCA takedowns for editorial content. It's not like BetaNews is fresh off the farm. We've done this since the last century. We're very mindful of other company's copyrights. Removing editorial content from search listings is censorship and publicity about it is bad for Microsoft. The company's reasons for the requests may not be censorship. But even the perception will enrage people.

If BetaNews has somehow violated Microsoft copyrights, I would personally apologize. But if, as some people already assert, Microsoft seeks to censor negative comments about Windows 8, I say: "Back down!" Only negative perceptions can result, and that's bad for the larger Microsoft brand.

68 Responses to Thanks for the DMCA takedown order, Microsoft!