What do you think of iOS 6? 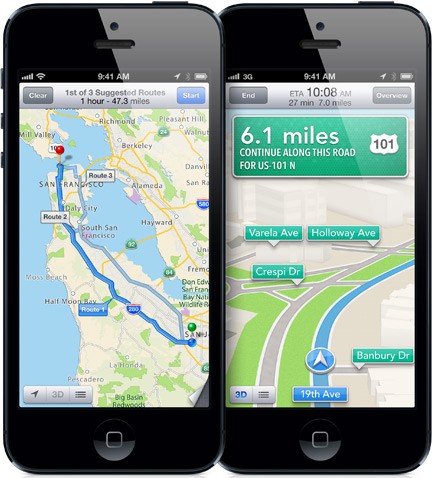 Today, two days before iPhone 5 launches, Apple releases iOS 6. We'd like to know what you think of the software, particularly compared to the previous version. Several features are sure to cause reaction, with Facebook integration and Apple's new maps app, which replaces the one from Google, being high among them.

To be honest, given my Apple boycott and iPhone-toting daughter going off to college, I have no iOS device for testing. I can't review, and my best Apple-using writers are in Europe and likely won't blast out anything until tomorrow. But we need reaction today, particularly if iOS 6 turns out to be the update some of you won't want to apply. Judging from some of the reaction on Twitter, many of you should wait -- lest Apple Maps directs you to the river bank instead of your local financial institution.

Please offer your iOS 6 reaction and review in comments below -- or send full review to me (joe at betanews dot com) with photo and bio. I love to publish reader reviews, and for those of you complaining in comments that Apple doesn't get a fair shake here, right the wrong by writing your review.

iOS 6 is available as an over-the-air update for iPhone 3GS, 4 or 4S, two most recent iPads and fourth-generation iPod touch or later. Sorry, the new version doesn't support the original iPad.

Before downloading, be warned if maps is a major feature for you. Some early reactions disturb.

Long-time tech entrepreneur Anil Dash tweets: "By default, the maps experience in iOS 6 is worse than it was in iOS 5. Who benefits from that?" His niceness about the experience stops there. Dash, who used pre-release software for months and more recently final code continues:

The classic criticism that thoughtless Apple haters use against the company is that it makes products that are pretty but dumb...But this time, they're right: Apple's made a new product that actually is pretty but dumb. Worse, they've used their platform dominance to privilege their own app over a competitor's offering, even though it's a worse experience for users...

It's evident that fundamental mapping features like venue search and directions are significantly worse than in the Google versions. Here in Manhattan, where I live, basic search by building names is profoundly degraded in Apple's maps search. "Bloomberg" doesn't find the Bloomberg Tower; on Google Maps it's the first result. Searching for its address "731 Lexington Avenue" yields that address on Lexington Avenue in Brooklyn. It's fine to think that perhaps I wanted the address in Bed-Stuy, but even appending "NY, NY" or "Manhattan, NY" still yields the Brooklyn address. Google maps has none of these comprehension issues.

Perhaps your experience will be better.

Before downloading consider some of these more notable new features in iOS 6:

2. Maps. For the first five versions, Apple relied on Google. No longer. iOS 6 brings Apple's own app. Features include turn-by-turn navigation, real-time traffic information and flyover perspectives. Visually, based on previews, Apple delivers stunning maps and uses device sensors to provide more of a being there experience.

3. Siri. Apple introduced the "personal assistant" feature on iPhone 4S and promises it will be better (how about works at all) this round. The new Siri is more like Google Now by using capabilities like location to offer more meaningful information, such as movies and restaurants.

4. Passbook. Need to check into a flight or redeem a movie pass? Passbook can assist with both. Think of the feature as a pass and coupon manager available anytime, anywhere your iOS 6 device goes.

5. Safari. The mobile browser finally catches up to the likes of Chrome and Firefox by offering tab sync. Chrome already fully supports open tab sync across devices, something Safari users only get with this update. Say, who's copying whom?

So once again, please share your iOS 6 reaction and review, either in comments below or emailing joe at betanews dot com. If you email, please send photo and bio and expect we will publish the review with your byline.