I have followed Apple for over 20 years now in various ways as a consumer, an employee, a consultant and as a developer. These are my thoughts about the Maps debacle and what it says about the state of Apple overall.

The core of Apple (pun intended) is the seamless integration of hardware and software. Whereas Microsoft’s play in personal computing is purely software and companies like IBM, Dell, and HP were purely hardware, Apple wants to control the entire process. As a result, the integration is tighter, everything works better and the lines blur between the two.

While Apple at its most iconic is the sleek, instantly recognizable form of beautiful hardware, I would argue that the real magic of Apple is the software. The devices are stunning both aesthetically and technically, but they really exist to serve the software.

This is truer than ever with iOS devices, where the consumer-facing hardware is almost all screen. The giant screen is a window for the user into the world of software.

The user interacts almost entirely with the software. The iPhone is really iOS, not the physical phone itself. Thought experiment: Install iOS on a Nokia device -- any iPhone user would have no problem using it. Now install Windows Mobile on an iPhone -- it would seem entirely foreign and nothing like an iPhone.

Steve Jobs understood this. He labored over the user experience of Apple’s software and made sure that it was flawless. Of course, he also paid great attention to the hardware as well; he did both. He married the two, and made sure that one did not trump the other. It was a true balance.

Jobs was able to execute so well because he had such amazing people working with him. His team filled in the gaps. I believe Jobs skewed toward the software side himself, and he could do that because he had an especially strong hardware ally in Tim Cook.

For iOS, I imagine this is what it looked like at the top. I’m using the terms "planning" and "execution" to simplify the roles:

I think at the end of the day, it was Jobs himself who micro-managed on the software side, pushing people to the limit, demanding perfection, making deadlines, ensuring that the user experience was so polished that it was not just great, but beyond our wildest dreams.

I’m sure he got involved on hardware execution too, but Tim Cook did the lion’s share. And while the COO should be responsible for all the day-to-day, the truth is that Cook leaned heavily toward hardware because that was Cook’s strong suit coming from Compaq and IBM. And he had Jobs to rely on to oversee the software.

Apple’s leadership has generally tended to weigh on the hardware side as far as high profile execs- Cook (CEO, former COO), Jonny Ive (SVP Industrial Design), Bob Mansfield’s role now being transitioned to Dan Riccio (SVP Hardware Engineering). When a new product is released, the videos on the website are mostly about the hardware design and engineering process. "MacBooks made of alu-men-ium!"

One Cook Not Enough

With Tim Cook at the helm, there is a gaping hole for unified software leadership, and even more alarming, there is now a gaping hole in another vital role: COO. Apple has no COO. I assume that Cook continues COO duties to some degree, but at the same time, he must neglect them as his CEO duties take more and more of his time.

So here we have a CEO with a strictly hardware background, no COO and no champion for software execution.

For iOS, the full software burden has now fallen onto the shoulders of Scott Forstall. Say what you will about the rumors of other execs not getting along with Forstall, his staff disliking him and calling him arrogant (sounds familiar, no?), he has done a great job overall throughout his years at Apple from his work on OS X and, of course, iOS.

But his best work was under the gun of Steve Jobs.

Left to his own devices (no pun intended), can Forstall really succeed? Can he be the Tim Cook of software?

I wonder if Cook took the time to play with Apple Maps or just sat through a presentation at a board meeting, said, "This looks great!" (it did in the demo) and just trusted Forstall that it actually was great.

Whereas Jobs would have said, "Give me that!" and would have done his own quality assurance.

Sidenote: Where the hell is Apple’s QA team? Forget Cook not giving it a proper run-through, but what about official QA? Truly bizarre.

To be fair to Cook though, shouldn’t the CEO be able to trust his SVP when he claims that something is ready? And did Forstall really think that it was ready? It’s hard to imagine.

I think one of the biggest strengths (and some would argue weaknesses) of Steve Jobs was that he didn’t trust anyone. He had his paws in everything, whether they were wanted or not, and as a result, no detail was left unnoticed.

When it comes to buggy software, I like to broadly categorize bugs into two types: the kind only developers would notice, or someone specifically looking for bugs, and the kind that anyone with a pair of eyes would notice almost immediately.

The second type is more maddening to a product manager, because when it does sneak into a production release, you can’t help but wonder, "How did I not see this?!"

As to the future, inevitably Apple will clean up its Maps act, and longterm it is a smart move for the company to become independent of its competitors, blah blah blah.

But this issue is much larger than Maps, or Siri, or any other single problem. The future of Apple’s success depends on that perfectly matched integration of strong hardware and strong software. I just hope Apple gets the right people in place to make sure the experience stays at the level we’ve all come to expect. 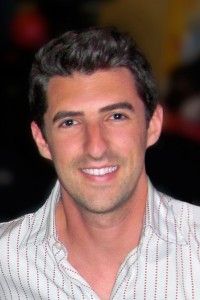 Paul Canetti is the founder and CEO of MAZ, a digital publishing platform for tablets and other mobile devices. He is also an instructor at New York's General Assembly and former Apple employee. In early 2010, just after the iPad announced a year after he left Apple, Canetti teamed up with his longtime friend and college roommate, Simon Baumer, and former Adobe engineer, Shikha Arora, to create MAZ.