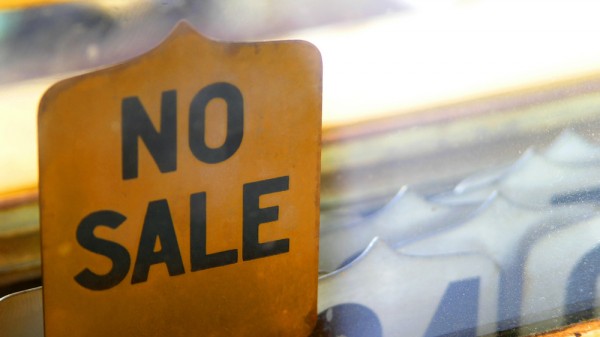 Early results to BetaNews poll "Will iOS 6 maps keep you from buying iPhone 5?" are grim. Nearly 44 percent of respondents answer "yes", but when removing those who wouldn't buy the handset anyway, the result is much worse for Apple. Is it time to ask whether the Apple Maps offense should be a fireable offense? That one is for you in comments.

As I write, there are 1,238 responses, 43.62 percent of which are "yes". Only 29.64 percent of respondents won't change their purchasing plans because of Apple Maps. However, 22.13 percent wouldn't buy iPhone 5 anyway. When removing these respondents from the results and only looking at the pool of potential purchasers, the number saying they won't buy iPhone 5 because of iOS 6 maps is 56 percent.

Mapgate, Mapocalypse or whatever else you would call it is a disaster for Apple. The remedy isn't difficult: Restore the mapping experience that iOS users had with earlier versions by bringing back, even if temporarily, Google's product.

BetaNews reader Julie Digs Design expresses exactly why Cook's remedy isn't enough: "I use the map app significantly more than any other maps because I don't have a car and I live in a city. This new feature doesn't have transit and walking directions at the ready (like the google app did). My train has already left by the time I wait to switch to the third party app to get my transit directions!"

Using another program doesn't change map defaults throughout iOS 6, which is part of the problem using something else.

"It would've been great if Apple could've compromised and licensed the Google data like Navigon did" snworf suggests. "Apple could've licensed this temporarily into their Maps app and removed it when they had things further along".

Dennis McClune puts Apple's response in larger context: "The Corporate ethos will likely keep me from ever buying any Apple crap".

Apple Maps will indeed keep me from buying anything from Apple. It's not the maps themselves that are the problem, but the problem that they represent: that Apple doesn't care about it's customers. Putting profits before people is bad enough, but when a petty feud with Google comes before customers too, I think it really begs the question of what Apple's priorities are. It certainly doesn't seem to be pleasing their droves of loyal fans who they are so quick to screw over.

"Just the iPhone 5 hardware is not enough to make want to upgrade my 4s", Richard Young comments. "The maps suck just the same on both models".

"The map application wouldn't stop" commenter Bob "from upgrading, but all the other issues like dents and scratches showing right out the box or after a few days of normal use will".

We just bought two of them in our family. I've been driving through half a dozen states on both coasts the past two weeks using Apple's map app and it worked fine for me over hundreds of miles. It did misplace two businesses (which was easy to fix) but it also found one Starbucks which Google Maps on an older phone didn't find. This has been overblown by tech writers. A year from now we'll forget about this and move on to some new reason why Apple is a terrible company wich doesn't innovate and overcharges.

Commenter JC sees the situation differently: "This is more than just an app, with wrong directions, locations & lack of details can stop people to find restaurants, stores, hotels etc etc., so is extremely bad for marketing for other companies".

My wife and I did a side-by-side at the Verizon store, and it was clear that the Google Maps on her iPhone 4 running iOS 5 were much better than the iPhone 5 and Apple Maps. It couldn't even find a restaurant that had been open for 5 years, nor could it find the address of the restaurant because the map had no data for the development that it was in, which again had been developed over 5 years ago. Google found the restaurant, had street view of the development and newer, clearer satallite photos".

Colleague Wayne Williams calls Apple Maps a "huge downgrade" in his review. That and a little lost. In one turn-by-turn test, iOS Maps directed him on a four-and-a-half hour, 248-mile, drive in the wrong direction.