Get a life! Microsoft isn't trying to be Apple 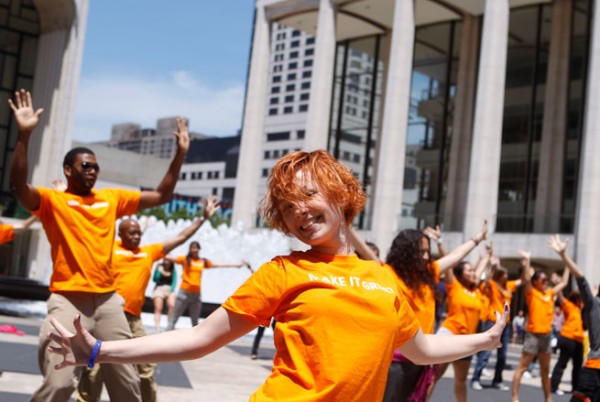 Yesterday's Steve Ballmer "devices and services company" letter unleashes a torrent of idiot punditry. I can only laugh at the sheer stupidity of writers infatuated with the idea Microsoft wants to be Apple, or putting forth such lunacy to sack pageviews.

Read Ballmer's 1,300-word missive again. Microsoft's focus on devices and services has little to nothing to do with Apple. The cloud-connected device era is here and Microsoft embraces it to maintain computing relevance. The company has been on this course for years. Research and development takes time, and the good ship Microsoft is too large to change course in a few months -- or even a few years. The sheer number of carefully coordinated new (and largely changed) products shipping simultaneously (or soon after) clearly indicates a massive undertaking long planned.

But tongues will wag, and I bear the knife to cut them out. Among the nonsense "Microsoft wants to be Apple" posts:

The list could go on and on. Sadly, colleague Wayne Williams joins it, with twisted missive: "Microsoft wants to become Apple, but can't". But he can keep his tongue.

A few things are true about today's journalism: Lots of writers are clueless, and conflict sells. Then there's the longstanding Apple-Microsoft competition that pumps pageviews. Too bad in this generation of "write every rumor, don't sweat the facts" journalism everything is subject to interpretation and twisted meaning. Seriously, read Ballmer's letter and compare it to these "being like Apple" stories, then ponder what that means for every new gadget rumor story you read. If bloggers, journalists and other writers can't get the clear facts straight, how can they hearsay?

I'll explain. Nowhere in the letter does Ballmer mention Apple or remotely allude to the company. He writes about Microsoft and plans to reinvent his company, and this isn't for the first time.

Reinvention really started with Azure's introduction four years ago this month. The cloud operating system, which opened to the public in February 2010, marked the start of a long trek leading to central focus on devices and services, and supporting anytime, anywhere, on-anything computing.

Microsoft's cloud path had a destination: Windows and supporting products in 2012 and Office System in 2013. The strategy around them isn't about Apple. Microsoft has several immediate objectives:

I have written lots about this ongoing transition over the years. More recently: "I'll tell you something about Windows", in July 2011: "Microsoft may not be talking concretely about a future beyond Windows, but the company is clearly preparing for one -- or at least a different one. Hence, the emphasis on ARM processors, which will make Windows available on more devices than PCs...The future of Windows is a utility supporting applications and services".

What's different now, Ballmer is finally talking about the future beyond Windows, or better stated Windows PCs. As I expressed yesterday, under Bill Gates, Microsoft sought to put a PC on every desktop, with software innovation driving that effort. Ballmer describes post-PC Microsoft as the aforementioned "devices and services company", which aptly spotlights the fundamental shift in progress. Again, it's a change long-time coming and is about changing computing eras -- PC to connected devices -- not Apple.

The "Microsoft wants to be Apple brigade" is largely caught up in one section of Ballmer's letter: "There will be times when we build specific devices for specific purposes, as we have chosen to do with Xbox and the recently announced Microsoft Surface". Now read that same sentence in context:

We will continue to work with a vast ecosystem of partners to deliver a broad spectrum of Windows PCs, tablets and phones. We do this because our customers want great choices and we believe there is no way one size suits over 1.3 billion Windows users around the world. There will be times when we build specific devices for specific purposes, as we have chosen to do with Xbox and the recently announced Microsoft Surface. In all our work with partners and on our own devices, we will focus relentlessly on delivering delightful, seamless experiences across hardware, software and services. This means as we, with our partners, develop new Windows devices we'll build in services people want.

Ballmer frames Microsoft devices around partners and makes it clear that both will provide devices -- not only the software giant, which is the Apple way, by the way. There's no way in hell that Microsoft will just suddenly drop its OEM partners and go all end-to-end hardware, software and services. That's simply not Microsoft's DNA. When Ballmer talks about devices and services, he refers to a larger ecosystem that includes Microsoft, 640,000 partners and 8 million developers. That's quite different from Apple, which licenses its platforms to nobody.

But there's other context here. Sometimes partners aren't enough. That's why Microsoft developed Surface, which too many numbskulls hold up as proof the future is the Apple Way. Get a life!

As I explained in June, "Surface is Project Origami's revenge, against Apple and Microsoft's hardware partners". Four years before iPad, Microsoft sought to bring a touchscreen tablet to market, selling for $500. It's no coincidence iPad's starting price is the same. But Windows OEMs couldn't deliver a product for that price. I explained:

You have to understand something about Ultra-Mobile PC. This was Microsoft's baby, although it was presented as a partnership with hardware manufacturers at launch. Microsoft developed the concept...Six years later, Microsoft makes another attempt at bringing the concept, now vastly evolved, to market. Only this time, the company won't rely on OEM partners. Microsoft isn't so much competing with OEMs, but pushing around them.

That's context for understanding what Ballmer really means. The focus now is more connected devices and cloud services than PCs. Microsoft's business model is still very much about providing platforms and development tools. That's a business Apple could do more to copy, not the other way around.

80 Responses to Get a life! Microsoft isn't trying to be Apple