Solid state drives are the fountain of youth for old PCs 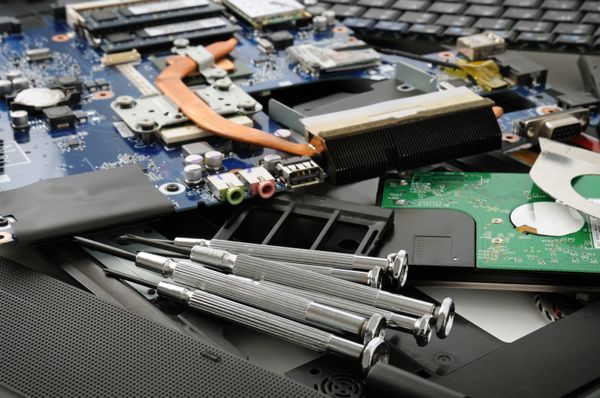 I love living on the cutting edge of technology; it's a great place for writing and coming up with important feedback. But nothing can stay new forever, and some things don't necessarily need to be replaced whole-hog. Component upgrades, therefore, can give you that feeling of the new without having to scrap something that still has value to it. An old spinning hard drive in your laptop is a perfect example. When you've still got a lot of life in your machine, replacing the HDD with a solid state drive should be a no-brainer.

For me, it was either do that or buy a whole new laptop that wouldn't serve me any better at doing my job. After some research on reliability and pricing, I concluded that the Intel 330 Series 240GB SSD would fit my specific requirements without going overboard and spending too much on technology that's rapidly depreciating anyway.

I have closely followed the recent evolution of SSD drives, and the situation has improved a lot since days of yore. Performance has gone up, with flagship drives from Intel, OCZ, Samsung as well as other manufacturers posting incredibly high benchmark scores as well as amazing real-life performance.

The Intel SSD 330 Series I chose to install is not the top-of-the-line, and it delivers a boot time of less than 20 seconds and transfer speed of more than 100MB/s in its worst shape. That, to me still seems impressive when compared to traditional storage solutions.

I have unusually large archives stored, and my previous hard drive would usually extract them in no time... that is if I could time travel. I could literally stand up and go get a cup of coffee before an 8GB archive finished extracting, and that is no small feat when it also slowed my laptop to a halt. Now, the same operation takes just a fraction of the old time, and I can also use Firefox without bogging down, or even search various files.

Using Windows 8 means that I can no longer use the Intel SSD Toolbox to optimize the SSD since it doesn't yet support the controversial new operating system, but as a stopgap solution, "Defragment and Optimize Drives" from Administrative Tools does essentially the same job.

SSD prices are steadily going down, making them much more approachable than they used to be, but they're still not as cheap as a normal hard drive. My 240 GB Intel SSD 330 Series locally falls quite close to the 180 GB Intel 520 Series, and considering the 60GB storage difference that I need, the former got the upper hand.

Buying a new SSD is confusing even for someone with a constant contact with technology, especially when it comes to pricing, performance and storage. There is a lot of variation in pricing between similar models and too many to chose from, making me place value at the top of the list. The performance differences, while easily spottable in benchmarks and charts, do not tell the whole story.

To buy an expensive SSD today will mean that in the near future it will lose more of its value than a cheaper one. The same can be said about performance, which is why I chose not to overspend. I know I will upgrade before I feel the need for a few extra megabytes per second in transfer speed, or an extra second shaved off of booting. Sure, others might beg to differ, but from my perspective, performance has reached a unilateralism which makes price matter more.

I don't want to go back

My laptop got a new lease on life with the 240GB 330 Series Intel SSD, and while it's just one in a sea of many it serves as a good example on how changing one component can transform a four-year old laptop into something that can be used daily without any performance issues. Most importantly, it can be done without spending a considerable amount of money.

The only problem, like I've previously mentioned, is comparing the price of an SSD with a normal hard drive, but that's like comparing a Ferrari with a Fiat -- similar ideas, but completely different experiences.