Will you buy Surface RT? 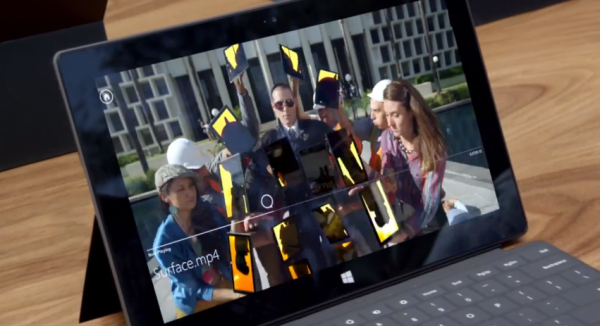 Today, Microsoft started taking pre-orders for Surface RT, one of its two branded tablets. The other, which isn't formerly priced, will cost more and comes with Windows 8 Pro. RT prices range from $499 to $699, on par with the new iPad. Microsoft chose not to sell the tablet against lower-cost Androids, such as Samsung Galaxy Tab 2 10.1, which Amazon has for $359.

Surface marks Microsoft's first real push into the tablet market. True, the company released Windows XP Tablet Edition a decade ago but OEMs shipped hardware. Now Microsoft competes with them, by offering its own device, which is optimized for its software and services and ships free of bloatware.

Some things you should know:

Two of the three Surface models come with detachable keyboard covers. The entry-level model does not. There are two types of covers -- Touch and Type. Touch covers cost an additional $119.99 and come in five colors -- black, cyan, magenta, red and white. Type is grey and $129.99.

Microsoft describes Type as a "dual keyboard cover that lets you work the way you’re used to working. With a full row of function keys, Type Cover marries the comfort and speed of a traditional keyboard with an incredibly thin form factor so you can be productive anywhere, anytime".

Quick specs and prices compared to two other tablets with similarly-sized screens:

But the real question: Will you buy?

Troy Gates "pre-ordered two -- one for my college son and one for the family to share. Their iPad 2 and original Kindle Fire will go up on eBay. I am waiting for Surface Pro before I sell my iPad 3".

Reader nvic "might consider a Pro in the future, but RT is worthless to me. I have an iPad now: I spend 80-percent of my time in remote desktop. RT would have the same problem. Besides, Surface RT would be a step back even from that".

Please take the poll above and give your reasons why or why not in comments below.

66 Responses to Will you buy Surface RT?