IBM doesn't even pretend to comply with H-1B immigration law 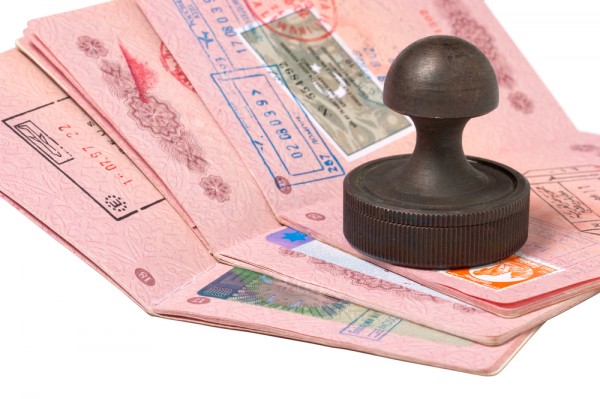 I’ve been away. We had a death in the family (my brother-in-law) which turned me into a single parent for a few days -- a paralyzing experience for an old man with three small boys and two large dogs. You never know how much your spouse does until it all falls for awhile on your shoulders. I am both humbled and a bit more wrinkled for the experience.

While I was being a domestic god a reader passed to me this blog post by John Miano, a former software developer, founder of The Programmers Guild, now turned lawyer who works on immigrant worker issues as a fellow at the Center for Immigration Studies (CIS) a supposedly nonpartisan think tank in Washington, DC. I don’t know Miano and frankly I hadn’t known about the CIS, but he writes boldly about H-1B visa abuses and I found that very interesting.

Here’s what I found to be the important section of the post:

An American IBM employee sent me an e-mail chain among the employee, IBM hiring managers, and IBM HR that shows how IBM flagrantly violates the law in regard H-1B usage and immigration status discrimination.

First a little background. IBM has a built-in source to import foreign labor. IBM’s Indian subsidiary (IBM Global Services India) is one of the largest importers of foreign workers on H-1B visas.

When IBM is staffing projects in the United States it can hire locally or use imported labor on H-1B visas provided by IBM India.

Now let me set the stage for the e-mail chain. An American IBM employee in the United States had been working on a software development project for a customer that had recently ended. The employee needed to find another project to avoid being laid off, as it is easier to lay off people who are not working on projects.

The American IBM employee was on an internal IBM mailing list for employees who were available for a new project. The IBM employee received a timely mass e-mail through this list from IBM HR with a job description that started out:

We are urgently seeking Business Analyst resources with Test experience for two positions on the Alcatel-Lucent account.

A lengthy job description and instructions on how to apply followed this introduction. (IBM uses the term “resource” throughout to refer to employees.) The job was located in the United States and the American IBM employee lived close to the project.

The American IBM employee responded to the job posting with a cover letter explaining how the employee’s qualifications matched the posted job requirements, the additional information requested in the job posting, and a resume.

This is the IBM hiring manager’s complete response to the American IBM employee’s application (The IBM employee provided translations of acronyms that I have indicated in square brackets.):

Thank you for your interest in the eBusiness Analyst position on the Alcatel-Lucent account. We are in the process of gathering resumes for this position and will send you a follow-up response once we have had an opportunity to review your qualifications.

Please understand the clients first preference is IGSI [IBM Global Services India] landed resource, then local US candidates, then remote, so these candidates will be in the second group to be considered. (sic)

This manager was forcing Americans to get in line for jobs behind “landed resources” from IBM India. In case you are wondering -- yes, this is illegal. See 8 USC § 1324B.

So how can IBM so flagrantly violate the law?

The reason IBM can get away with this disgraceful behavior is that discrimination enforcement requires a complaint. An employee considering a complaint has to weigh the probability of the government prosecuting the case and winning adequate compensation against the risk of retaliation and damage to his or her career. Many companies make severance packages contingent upon employees signing away rights to file such a complaint.

At this point, I am sure the IBM public relations folks reading this posting to formulate their response are thinking to themselves “Rogue hiring manager. IBM does not have a policy of discrimination.” Read on.

The American IBM employee forwarded the e-mails to IBM HR and attached the following complaint:

You included these two positions – below – again into today’s email to “Available”. Per below, they are NOT looking at Americans. Pretty clear.

You would think that IBM HR, upon learning of unlawful discrimination, would disavow the actions of its hiring manager and take decisive corrective action.

Instead, IBM HR actually responded by explaining to the American employee why IBM violates the law:

There are often US Reg [U.S. Regular] seats that also have landed GR [Global Resource] seats open – sometimes the customer will take either as long as they are working onsite –  and the cost difference is too great for the business not to look for landed GRs or to use them if they are a skills match.

There you have it, straight from the IBM HR department. Foreign workers, global resources supplied by IBM India, are so cheap compared to Americans that it is worth violating the law.

This is Bob again, pointing out that the H-1B program specifically does not allow saving money to be an acceptable reason for granting such visas which can only be used, supposedly, for finding workers with skills that are literally unavailable in the domestic work force.

Miano gives half of a good reason why this sort of abuse can happen, that there generally aren’t specific complaints filed against it. I might go further and speculate that there aren’t complaints because IBM’s domestic work force is too intimidated to file them.

What happened to Respect for the Individual?

Here’s what happened: IBM has no fear of the U.S. legal system.

This hearkens back to my last column about regulatory abuse. IBM has the largest internal legal department of any corporation anywhere. IBM has more lawyers on staff than most governments. And IBM’s legal department has been over the years a great profit center, especially through enforcing intellectual property rights. If you decide to sue IBM for violating your patent, you can be sure their first response will be to find half a dozen or more IBM patents that you might have infringed, too. Just the threat of protracted legal action is enough to make most such problems simply go away, IBM is so aggressive.

And so we’ve reached a point where, as this Miano post describes, IBM appears to not even pretend anymore to be in compliance with H-1B immigration law. Why should they?