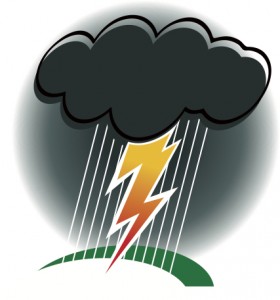 For Microsoft it's an act of God. Just when Google looked to steal the thunder from Windows Phone 8's Monday launch, the big Android event is cancelled. Blame Hurricane Sandy. Google should have stayed on its own coast instead of choosing New York (Microsoft's phone shindig is in San Francisco).

Well, it's nice to know exactly where we stand in the pecking order. Google did not send us an email about the cancellation, although it seems just about every other news site on the planet got one. The pain! The pain! The statement everyone else received: "We are canceling our Monday morning event in New York due to Hurricane Sandy. We will let you know our plans as soon as we know more. Stay safe and dry, The Android Team".