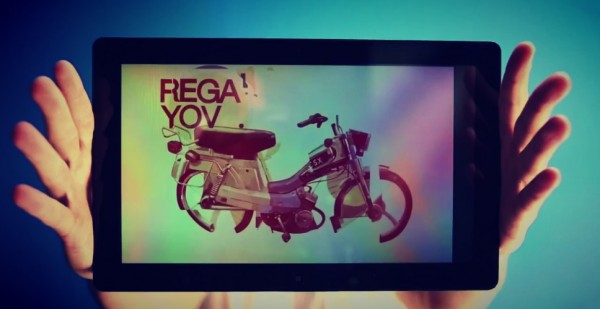 I write this on my new least-favorite operating system: Windows 8. I knew when installing that I would have to use it as my sole OS. Spending equal amounts of time in Windows 7 and 8 (occasionally dipping into Ubuntu) just wouldn’t have worked. Windows 8 is a very different beast and takes time to master properly, and I knew I couldn’t do that if running its predecessor, too. This was the problem I had with the early releases of Windows 8 -- I just wasn’t committed enough.

This total immersion has worked well for me. Using Windows 8 is now a breeze. I zip around using keyboard shortcuts where possible, and I jump between the desktop and Modern UI without thinking about it. But here’s the thing: I still don’t like Windows 8.

The problem, for me: Microsoft made some major changes, left other elements untouched, and then did a spot of almost random remixing. It’s like living in the same house for years, and then coming back one day to find a builder moved all the rooms around. I want to go somewhere, but the route to my destination is altered. It doesn’t take me any longer to get there, now, but it’s just unnecessarily disorientating.

If It Ain’t Broken, Fix It Until It Is

Two often mentioned issues with Windows 8: The lack of a Start button and the hidden shutdown option. There’s still a Start menu, of sorts, in Windows 8 but you have to know it’s there. There’s no obvious clue. The builder has left a door in the wall, but papered over it. The shutdown button has been tucked away in one of the least obvious places (type "how to shutdown Windows 8" into Google and you’ll be presented with numerous tutorials on the subject, which is crazy). It’s akin to the builder putting the exit behind a load of coats under the stairs.

People used to say clicking Start to end a Windows session was ridiculous, but it was the only major button to click (and hasn’t had the word "Start" on it since XP), so that made a degree of sense. Putting the button in a Settings window, that can only be accessed by clicking a picture of a cog, which you can only get to via a hidden sidebar, which is revealed by moving your mouse to either the top or bottom right corners of the screen… now that’s ridiculous.

I install and use a lot of different programs every month (probably around 30 or so). Most are easy to master, but some require a dip into the manual or some major experimentation. Windows 8 isn’t the least intuitive piece of software I’ve ever used. Not even close. But it clearly wasn’t designed with usability in mind.

Now for a confession, the heading of this article -- "weak on tablets, terrible for PCs" -- isn’t actually mine. It’s from a new study on the UseIt website that asked 12 experienced PC users to take a look at Microsoft’s OS (on PCs and Surface RT) and condensed their findings into a scathing report that’s full of damning, but entertaining declarations, such as: "Windows 8 on mobile devices and tablets is akin to Dr. Jekyll: a tortured soul hoping for redemption. On a regular PC, Windows 8 is Mr. Hyde: a monster that terrorizes poor office workers and strangles their productivity".

The report does have some valid observations though: "One of the worst aspects of Windows 8 for power users is that the product's very name has become a misnomer. 'Windows' no longer supports multiple windows on the screen. Win8 does have an option to temporarily show a second area in a small part of the screen, but none of our test users were able to make this work. Also, the main UI restricts users to a single window, so the product ought to be renamed 'Microsoft Window.'"

The report complains that Windows 8’s style makes it difficult to know what can and can’t be clicked. Buttons don’t look like buttons; links look like headings. Live content makes it impossible a lot of the time to know what various tiles are supposed to represent.

Windows RT gets off somewhat more lightly than its big brother -- "there’s nothing that a modest redesign can't fix" -- but is criticized for introducing "a bunch of complicated gestures that are easy to get wrong". The fact that the "UI is littered with swipe ambiguity" doesn’t help its cause either.

The report is an interesting read, and I actually agree with a lot of the points. Like any piece of software, once you know how to use it, Windows 8 is actually pretty easy to navigate around, but you’ve got to invest time in it. The mark of a good user interface, for me, is how obvious and intuitive it is. If you have to wave your mouse around the screen, clicking more in hope than expectation, someone, somewhere has done a bad job.

With a great interface design, you move around the screens and menus instinctively, without thinking about what you’re doing. If you have to pause and wonder how the hell to do something fundamental -- like shut down an operating system -- the UX designer has failed you very badly indeed.

162 Responses to Windows 8: Weak on tablets, terrible for PCs