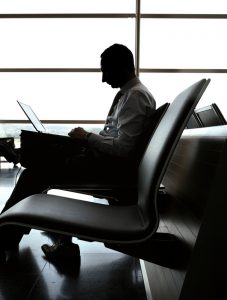 Editor: This report may not be true. BetaNews awaits direct confirmation from Google.

Please read our updated story for more info. We apologize to our readers.

In its continued move into the realm of broadband services, Google on Monday announced it has acquired Icoa Inc., a Rhode Island-based "neutral-host broadband wireless Internet network provider," for $500 million. Icoa develops solutions for busy public wi-fi networks, like those in airports, hotels, colleges, and travel plazas and this acquisition will bring Google approximately 1,500 of these types of deployments across the country. Icoa's portfolio includes a back office operations system called TollBooth which deals with all of the transactional and network needs of an on-demand broadband (i.e. pay as you go) network including the all-important advertising.

In September of this year, Google announced a special deal with Boingo Wireless to give Android users free hotspot access at 4,000 Boingo sites. Icoa has been a partner network for Boingo since 2004, and the two companies have retained roaming agreements since that time.

In a 2011 SEC filing, Boingo Wireless described its roaming partnerships in the following way:

Boingo and Icoa are competitors in the space, and Google's acquisition of Icoa could shift the landscape of usage-based fee collection between the two companies.