Remembering the creator of Turbo Basic 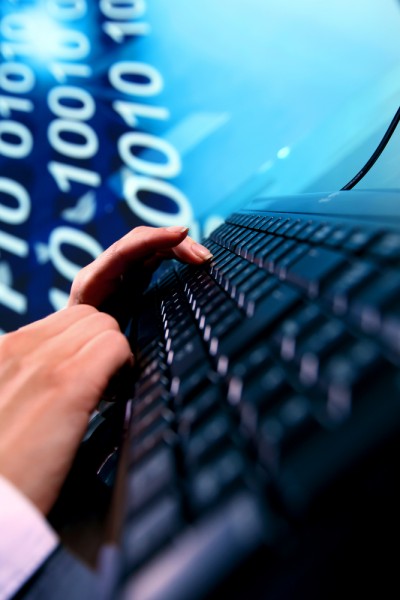 BASIC programmers who have been around awhile likely remember Borland Internationals Turbo Basic. What few may realize though is that Borland did not create Turbo Basic. Bob Zale did. They purchased the rights to his compiler, which was derived from his previous compiler, Basic/Z and named it Turbo Basic. Borland eventually left the compiler market and Turbo Basic was one of the first of their languages to go. Again most people do not realize that Turbo Basic didn't die, but Borland simply sold back the rights to its creator, Bob Zale, and he renamed it PowerBasic and it is still around today, albeit in a different form.

Sadly, Zale died on November 6 at the age of 66. He will be sorely missed, not only by his family and coworkers at PowerBasic, but by many thousands of BASIC programmers, some of whom have used programming language since the days of Turbo Basic or even the earlier Basic/Z.

Many programmers today are young and don't remember the challenges of writing software for computers with so little memory and disk space that it seems ancient even compared to the typical MP3 player today. Just take a look at these advertisements which date back to 1987: One, Two.

The system requirements for this powerful compiler: 320 KB of memory and one floppy disk drive. Back then a decent CPU was less than 25Mhz in speed. And programmers today complain about the Atom CPU being too slow! In the old days every cycle of the CPU counted and compiler makers knew this.

How important it was back then to be able to squeeze as much power out of a computer as possible. If programmers today think it is hard to write software, imagine trying to build a complex business application which would run on 640 KB of memory and two floppy drives. What made the difference was the compiler they used and programmers knew that. Turbo Basic lived up to that challenge.

The Man behind Turbo Basic

Bob Zale had a motto, which he carried on until the day he died: "smaller, faster, smaller, faster". He actually commented that he posted this motto around the offices of PowerBasic to encourage all of his employees to feel the same way. Bob set a high standard for his software, which continues to this day. I had the privilege of beta testing for PowerBasic, and I can vouch that in each new version, Bob pushed his team to make the compiler faster and better, so it could produce smaller and faster programs. The interesting thing about Bob Zale (and his team) was that they still wrote code in assembler. Who writes a compiler using assembler any more? Bob Zale did and it showed. Bob appreciated assembler so much that he made sure his BASIC compilers supported inline assembler.

But Bob Zale was more than just a smart programmer. I was deeply impressed by a comment that one of his employees posted on their online forums. To quote:

Bob was not only my boss, but he was more like a member of the family. He was always there to give you a ride if your car was having trouble. Give advice on a legal contract. Whatever the problem was you could go to Bob and he listen and try to help. He could be hard to deal with sometimes. But he was so much more. Bob was friendly, kind, and helpful and never boring. He was also one of the smartest people I have ever met. I will miss him greatly.

Turbo Basic's great grand children, now the PowerBasic line of compilers, lives on and Bob Zale has built a solid team of people to carry on. Hopefully even today they remember Bob's motto of "smaller, faster, smaller, faster" and yes a new version of PowerBasic is currently in development.

Appreciating the Work of Bob Zale

As a long time BASIC programmer, I can greatly appreciate the accomplishments of Bob Zale and his team at PowerBasic. I first learned programming in BASIC in 1975 on a mainframe computer connected to my high school via a modem and terminal. In the 1980s my first computer was a Texas Instruments TI-99/4A, and I continued using BASIC on it. After that I bought an Atari 400 computer using BASIC on it and then my favorite computer was the Commodore 64.

Not only did I use the built in BASIC of the C64, but I also used the Abacus Basic compiler which was my first real compiler. I used that compiler to even write my own compiler specifically designed for creating very fast software. I learned 6502 machine language so I could build my own compiler. So even back then, BASIC compilers were important to programmers like myself.

Then it was time to move to business computers and I used BASIC on CPM computers and finally I got my first IBM clone and Microsoft's QuickBasic became my primary programming language. I then moved on to Microsoft's professional PDS 7.1 Basic compiler, with a little assembler thrown in and wrote software for a variety of local businesses.

With the advent of Windows I dabbled with a variety of Basics such as GFA Basic, CA Realizer and Visual Basic, but I finally found PowerBasic and I never looked back. I have been a PowerBasic programmer for a good decade now, and I too feel the same way as Bob Zale did with the mindset of "smaller, faster, smaller, faster".

I am greatful to Bob Zale and all he did in in keeping BASIC alive. I and thousands of other PowerBasic programmers will miss him.

3 Responses to Remembering the creator of Turbo Basic