The Daily is Dead -- thank you, Rupert Murdoch 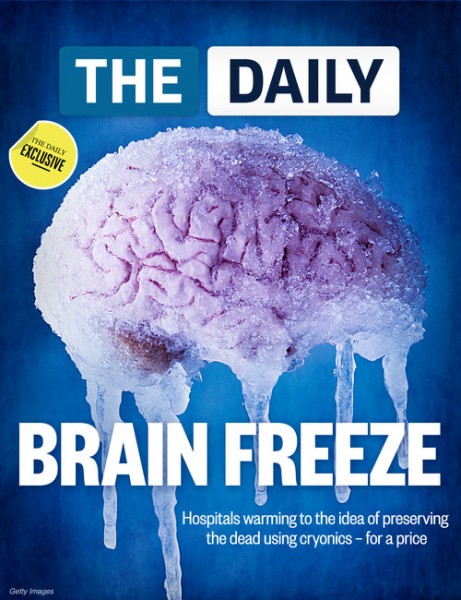 The iPad's flagship newspaper is finished. Today News Corp. promised what some of us in the media long hoped for. Big boss Rupert Murdoch will take The Daily out back of the barn and shoot it in the head on December 15, putting the godawful digital rag, its editors and the few readers out of their misery. Thus ends the iPad's big, publishing experiment. In ruins.

What a mess it is, too. News Corp. spent $30 million just to launch The Daily, which debuted in February 2011 on iPad. Apple joined the revelry that made the then less-than-year-old device seemingly legitimate -- a truly compelling platform for digital publishing. But News Corp's. digital newspaper stumbled right at the start. Early users complained about constant crashes and slow updates. The Daily promised ongoing content updates to the app, but they proved to be too much -- even after new versions released. Fundamentally, however, The Daily's failure is about editorial content.

I periodically tried News. Corp's app over the next 18 months. As a journalist, I really pined for The Daily's success. The Google economy, which favors giving away valuable content for free, devastates the news business. Publications can't afford to pay senior staff, while aggregators and bloggers fill the InterWebs with poorly sourced stories or rumors. A daily newspaper, conceived and created for digital publication that people pay for, promised so much. My problem, and perhaps other peoples': The Daily is too much like a digitized USA Today for people with sixth-grade reading comprehension. Sorry, but the publication offers to little for the price: $39.99 year for tablet, $19.99 annually for smartphone.

From a purely professional perspective, I would rather The Daily continue than collapse. As a reader, I say good riddance. The content is too generalized. The Daily didn't find an audience, and the app's performance never really improved enough.

Meanwhile apps like Flipboard and Google Currents appeared, offering news from many sources presented in a truly meaningful way. Hell, I get most of my news through Feedly, which connects to Google Reader. News is customized to you, from many sources.

"We could not find a large enough audience quickly enough to convince us the business model was sustainable in the long-term", Murdoch says.

But there's more to The Daily's troubles. At launch, The Daily crew boasted about the publication being conceived for tablets, rather than migrating from print to them. But editors brought print journalism attitudes with them: obsession with perfection before publication -- the idea a story isn’t ready until it is authoritatively written and fact-checked, which makes sense when the medium is print. The story needs to be nearly as perfect as possible because no corrections are possible to print publications.

While The Daily promised ongoing updates from the start, I never really saw push for developing stories cranked out fast with what reporters knew to be true in the moment and updated later on. In many ways, The Daily reads too much like a monthly magazine than newspaper -- and perhaps that's a failing of iPad, which to my usage feels better for monthlies than dailies or even hourlies.

Jeff Jarvis, City University of New York associate professor, describes what online news gatherers should do as "process journalism". "If you have just one chance to put out a product and it has to serve everyone the same, you come to believe it’s perfect because it has to be", he explains. "Online, the story, the reporting, the knowledge are never done and never perfect. That doesn’t mean that we revel in imperfection...It just means that we do journalism differently, because we can".

This concept should apply to tablet publications like The Daily, as it does to long-established newspapers publishing online, to print or to tablet. Think of process journalism like TV news reporting, where CNN reports there is a shooting at a shopping center in Town X. The story evolves, there is a process, as more information trickles out through official and unofficial channels, which includes citizens taking videos with cell phones.

I have yet to see much process journalism, which is all about the news here and now, in The Daily. The lesson here is perhaps about the platform, too. I see tablets as being ideally suited for magazines, because the reading experience can be so immersive. I have yet to see a newspaper app that equals web counterparts or even social services like Facebook, Google+ or Twitter for getting out spot news fast -- and in a meaningful process of updating as more is known.

Interestingly, some of The Daily's crew will move to the New York Post, which is surprisingly good cranking out compelling breaking and local news and effectively using grabbing headlines. With the changes, "the New York Post will continue to grow and become stronger on the web, on mobile, and not least, the paper itself", Murdoch says. Forgive me for hoping it's the Post staff that influences The Daily crew, rather than the other way around.

11 Responses to The Daily is Dead -- thank you, Rupert Murdoch