I hate CES, and you should too 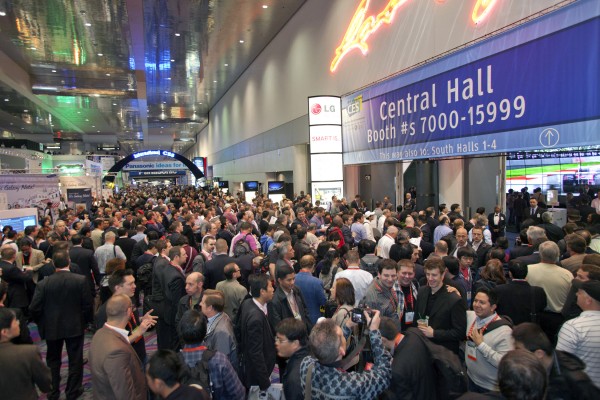 Consumer Electronics Show 2013 commences in about 24 hours with the pre-show keynote. I won't be there, and wonder why you will be. Apple is right to be a perennial no show, and Microsoft demonstrated wisdom pulling out -- and this year giving up the coveted kick-off presentation. Tradeshows like this are dinosaurs. Where's the meteor -- the oh-so needed extinction-level event? To everyone inviting me to their CES booths and parties, perhaps now you understand why I didn't respond to your email.

I hate the Consumer Electronics Show and the tsunami of products crashing down in mass self-mutilation and destruction. Who needs them anyway? Will your life really be better because a new cell phone's screen is 0.1 inch larger? Or there's a new Google TV box just like the others, only from a different manufacturer? NPD says not. The analyst firm released data today that tickles my CES-loathing soul: According to surveys, 68 percent of US consumers are happy with the tech they've got. What they do care about: Tech that meets their, ah, digital lifestyle.

"There is a fundamental conflict between marketing to early adopters who are more profitable customers and evangelists, and the rest of us", Russ Crupnick, NPD's senior vice president of industry analysis, says.

The problem is you, if a gearhead. A small number of enthusiasts, tech bloggers and the like drive interest in the next new things, which is fine in moderation; when everyone can appreciate them. But the CES tidal wave is insanity, and I wonder why any rational tech marketer would want to compete with the storm surge of gear and risk being lost in the sea of new announcements. Apple is right to hold smaller events where it controls the messaging and doesn't have to compete with the pouring horde washing over Las Vegas' desert sands. The large tradeshow is madness.

More significantly, events like this puts enthusiast before consumer -- the cart before the horse -- and that's a priority out of sync. "The industry can’t rely on consumers to drive innovation; it needs to give consumers a reason to want to adopt the innovation", Crupnick says.

I look at the last couple Consumer Electronics Shows and see much the same stuff -- just a lot of it crashing down at once. "The challenge isn’t just selling better features and specifications today, but also focusing on meaningful innovation that makes the next gadget purchased more valuable than the last", Stephen Baker, NPD's vice president of industry analysis, says.

Stated differently: The average mass-market buyer has little in common with the gadget freaks flocking to Sin City this week. I adopt new stuff, because it's my job. I don't really need the newest gadget. But I do care about the glue -- content, software and cloud services -- that makes the tech fit my lifestyle. I'm not alone.

"Consumers want their technology devices to provide solutions to everyday problems, which often aren’t the most glamorous", Baker asserts. "They’d like help getting the best prices when they shop, being safe in their cars, managing their home and family and enjoying basic entertainment".

Yesterday I bought a new 42-inch television -- to replace the nearly five year-old one of similar size. I didn't buy because of 3D or Smart TV technology or even to get a larger screen (which would be too much for our small apartment). My local Sony store is having a huge remodeling sale. I got a $659 set for $407 before tax. Like most consumers, price is a major priority.

I use a Chromebook in part because my computing needs are basic, which is also reason for using Nexus 4 smartphone and Nexus 7 tablet. They're affordable products that meet the needs of my digital lifestyle.

But tech companies of all sizes will do this week what they always have: Over-emphasize features rather than sell benefits. The few that try will be hard-pressed to get above all the noise. The noise. The noise. Thousands of products crashing down on one tiny venue. Who will tell the world about them? Tech bloggers and enthusiasts who themselves obsess over features and send a seemingly positive, but really negative, feedback loop to manufacturers. The mass of consumers want to know why that 0.1-inch screen increase benefits them -- why their lives will be better because of it.

With about a day to go, and companies making announcements ahead of the kick-off keynote, we're still debating how best to cover CES 2013. I asked BetaNews writers to take a muted approach, that perhaps our readers would benefit more from stories about something other than the Las Vegas tradeshow. But the boys love their toys. So we'll see. My focus will be context -- what it all means. I'll occasionally spit in disgust, so, please, don't stand too close by.

15 Responses to I hate CES, and you should too