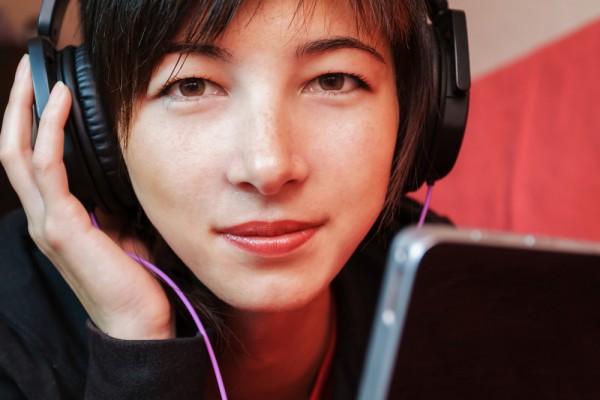 The most important tech news this week isn't from the Consumer Electronics Show. Amazon earns distinction, with a new service that, if rightly executed, could change how everyone buys digital content. Not since Apple licensed digital tracks for the iTunes Store in early 2003 and later secured deals allowing consumers to buy a single and get the rest of the album for appropriately-reduced cost is a music service so provocative. Amazon AutoRip is as big as DRM-free and looms over Apple's iTunes Match -- and both transform music licensing and consumption.

Can you feel it? The Earth shook today, and nothing will be the same because of it.

The implications simply cannot be understated. Amazon licenses some 37,499 CDs for the service, with presumably more to follow. If you buy the album, the retailer gives you the digital version deposited in your Cloud Player. That's not just future purchases, but past ones, too. If that's as far as it goes, and distribution remains restricted to the United States, then AutoRip is just that -- a rip, and disappointing. But if Amazon can do much more -- extend the service globally and apply it to other content, such as books and movies -- everything changes. You'll never purchase content the same way again.

The problem is licensing, who gets paid and the conflict between content creators' and publishers' desire to earn and buyers' interests to consume. Who wouldn't want to get paid twice, or more, for the same artwork? But that's the way through every format change. Paul McCartney and Wings' "Band on the Run" is the first album I purchased with my own money. That was on vinyl. I later bought cassette and CD versions, but ripped to digital. I bought the CD from Amazon, which today put MP3 album in my cloud library. That's a benefit too long coming.

How many times must we pay for the same content? Technology moves ahead and makes the old stuff obsolete (okay, vinyl has revival). Amazon's AutoRip service is the line drawn in the sand, and it is not so different from Apple cofounder Steve Jobs' February 2007 letter pushing for DRM-free music. Whether or not that line means anything depends on what Amazon does next or competitors seeking not to be left behind. Say, Best Buy, Target and Walmart, I'm talking to you.

Imagine if tomorrow every book you purchased from Amazon going back to 1998 was suddenly available for digital download -- all Kindled up and ready to read. That's not what publishers or many authors would want. They want you to pay and pay again. Actually, ebook licensing is pay up everywhere. I can lend a print book to my wife, but because the digital equivalent is DRM-protected and locked to my Amazon account, she has to buy another. No lending is allowed.

I started writing about ebooks in 1999 and bought my first in early 2000. But not until Amazon got behind them, and made prices reasonable, did the market advance. For years, I criticized price as biggest inhibitor to ebook adoption. Why should any publisher charge as much for the newest ebook as the print counterpart and expect anyone to pay? There are no print and distribution costs, so why gouge consumers? All while restricting consumption by way of onerous rights protections.

But for Amazon to do what I want, someone will complain (perhaps rightly) about not getting paid -- once in print and in the future on ebook, or some other format. I see it differently. I would be more likely to purchase print if receiving digital, too. As for past purchases, I would be more likely to read that title purchased a decade ago in more convenient digital format, and that could lead me to buy more works by the same author. Writers, think! That free reread could easily lead to future sales of your other work.

Update: After posting, I explained this story to my wife over lunch. Doing so I thought of something else. There was no social media a decade ago. So that novel you rediscover now as a free ebook could get lots of free promotion, and subsequent sales, when shared to your social stream -- Facebook, Google+, Twitter and the like. Rediscovery and social could be a powerful combination, such that free ebooks from past print purchases put much more money in rights holders' pockets than take away.

Amazon's whole business model is about disrupting the status quo of whatever market entered. Pick any. Books, music, movies and other retail goods. You can buy razors and vitamins at the local store, or from Amazon get a subscription shipped as often as you decide for less money. Prime two-day free shipping is another example. Amazon same-day shipping is coming. Wherever Amazon advances, disruption follows.

AutoRip foreshadows major disruption ahead, if Amazon can secure licensing deals that make the service available everywhere but more importantly apply the concept to other content. I already mentioned ebooks. But I want movies, too, and not just for past purchased DVDs or VHS tapes. In December 2009, I asked: "Apple, can you do for video what you did for music?" I made three requests, all applying to movies and TV shows what Apple already offered for music:

Amazon could and should do all this and more, with the objective being simple: Protect buyers' investment in content and save them money to boot. I personally would buy more content if I could get reduced-price or free HD upgrades later on. I would try out more TV shows, if it didn't mean buying the same episode(s) twice with the season.

My CD buying reduced to just a couple discs a year, if that, around 2006. I simply bought digital instead for the convenience. This morning, 128 songs from previously purchased CDs appeared in my Cloud Library. Now all my past AmazonMP3 digital purchases are there, too -- for a total 404 albums and 4,056 tracks. Now that is customer service. I love what Amazon does but am greedy. Gimme books and movies, too, and not just from physical goods. I want the aforementioned digital content purchase benefits, too.

If any company could do it, Amazon can. Disruption is in the corporate DNA, as are customer service and selling for lower prices. Content owners imprison artists' works, and people consuming them, by demanding repurchase for each new platform that comes along. I challenge Amazon to save us all. Is that really so much to ask?

28 Responses to Amazon AutoRip Changes EVERYTHING