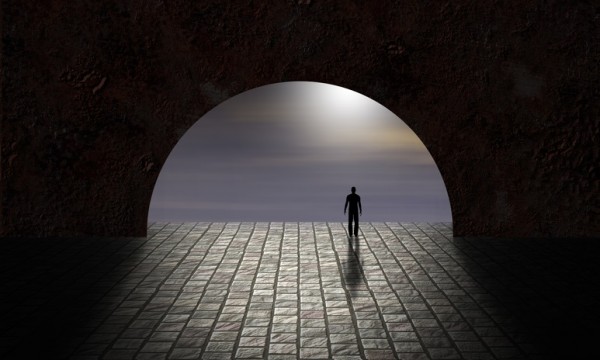 Opera's decision to change rendering engines means three of the top five browsers will use Webkit. Internet Explorer stands alone, and that is the wrong place to be. In September 2009 post "Microsoft should dig deep into Webkit to keep Google from Framing IE", I suggested radical change, which unsurprisingly was ignored. Since, Chrome usage share grew from 2.9 percent in August 2009 to 17.84 percent in January 2013, according to Net Applications. Meanwhile, IE share fell from 66.97 percent to 55.14 percent.

But the real battleground, and where upstarts gobble up territory, is mobile -- yeah smartphones and tablets. While the category accounted for just 11.8 percent browser usage share in January, the majority is Webkit -- 61.02 percent just for Safari. Internet Explorer: 1.34 percent, or less than Chrome (2.02 percent). Android browser is 21.46 percent. As I expressed three-and-a-half years ago: "Microsoft should answer WebKit for WebKit, by releasing a new browser based on a new rendering engine; put on the IE brand and ship it for desktop and mobile". There's still time, but fast running out.

Microsoft is losing the new browser war and needs to act rashly and, to be bluntly honest, should have taken my advice in 2009. Starting now is big disadvantage, but what else is there to do? The problem isn't rocket science, but somehow is lost on the brainiacs in Redmond, Wash. There is:

Internet Explorer must reach where it doesn't today -- Android, Android hybrids from Amazon and Chinese phone manufacturers and iOS. Webkit stands in the way, particularly iOS, where Apple demands it. Microsoft develops numerous attractive and effective Android and iOS apps, with Bing being a star. IE needs to be there, too.

But mobile is but one insurgency on the browser battlefront.

In May 2011 post "Chrome OS: The ghost of Netscape rises to haunt Microsoft", I warned what could happen to Windows. Many BetaNews readers rejected the idea, but look where we are now with Chromebook. It was the geek gift this holiday. Microsoft OEM partners Acer, HP, Lenovo and Samsung now all ship Chromebooks. There are rampant rumors of a Google-branded laptop running Chrome OS and increasing speculation the operating system will soon merge with Android. Such union would be fast-track to rapid adoption across multiple devices. Microsoft CEO Steve Ballmer should pee at the thought. Several times a day!

The situation is more than a browser-based OS shipping on low-cost laptops. As I explained nearly three years ago:

During the PC era, Microsoft maintained Windows' dominance through a number of means, including distribution, standards and contractual commitments. The company also used integration -- the very thing that set off the U.S. antitrust case -- as means of preserving Windows utility/relevance and to beat back competitors. Microsoft would take a technology a competitor spent millions to develop and integrate it into Windows, essentially giving it away for free. Google is doing something similar to Microsoft, by offering products/services for nominal fees or no cost that Microsoft charges heaps of money for. Enter Chrome or Chrome OS as platform for web apps connected to Google cloud product/services like Apps, Calendar and Gmail.

Chrome OS is free to license, and since I posted Google has copied Microsoft's past strategy leveraging dominant platforms. Over the past two years, Google has tightly tied most of its products and services together around search. Chrome and Chrome OS bring everything together in a tidy package that also supports third-party web apps. Seriously, if Ballmer isn't peeing his pants, he should be replaced by someone who is scared, ah, witless.

Mozilla has Firefox OS in the works but doesn't command Google's reach or resources. But even the operating system's development shows competitive opportunity and Microsoft's vulnerability.

Microsoft must recognize the seriousness of these competitive threats, particularly as it makes cloud services higher priorities. Can you say Office 365? Microsoft either takes control or is controlled by Apple and Google together setting standards for platforms in categories where Windows isn't dominant or recedes.

During Microsoft's glory years, cofounder Bill Gates made dictating and dominating computer standards a top priority, one CEO Steve Ballmer left behind. During the 1990s browser war, Microsoft integrated Internet Explorer into Windows -- not far removed from how Google leverages search today. But the software giant did much more, such as either developing or coming to effectively control emerging Web standards during the late 1990s and early 2000s.

Microsoft isn't really driving Web standards today. A commercially developed WebKit browser, supporting HTML 5 and other standards, would strengthen Microsoft's position of influence against Apple, Google, Mozilla and other developers supporting open-source browsing engines. Done right, WebKit-based IE could even steal marketshare from other open-source browsers. Actually, there is no other choice.

The first step is the hardest: Conceding defeat. Ballmer and team must admit they blew mobile browsing and that support for standards like HTML5, which is core to Windows 8, aren't enough. Google is aggressive, like Microsoft in the 1990s, and leverages monopoly position. The search giant is poised to snatch Webkit leadership from Apple and, presumably, drive standards. From that perspective, WebKit IE is table stakes.

Three-and-a-half years ago, I warned: "Left unchecked, Google will take Internet Explorer and Frame it. Perhaps Apple and Mozilla will break the glass. Microsoft is posed to become the Netscape of the 2010s, otherwise. Microsoft must act to preserve and even reclaim territory taken during the browser wars. There's still time, but not for long".

Microsoft is running out of options fast. If your next browser is Chrome, why not Chrome OS the next operating system in three years when Windows 9 ships? The transition is easy. Remember a decade ago when analysts and Microsoft dismissed Google because search isn't sticky -- just type a new web address? Or how ridiculous a Google browser or operating system seemed just five years ago? How the industry reacted? Think about it?