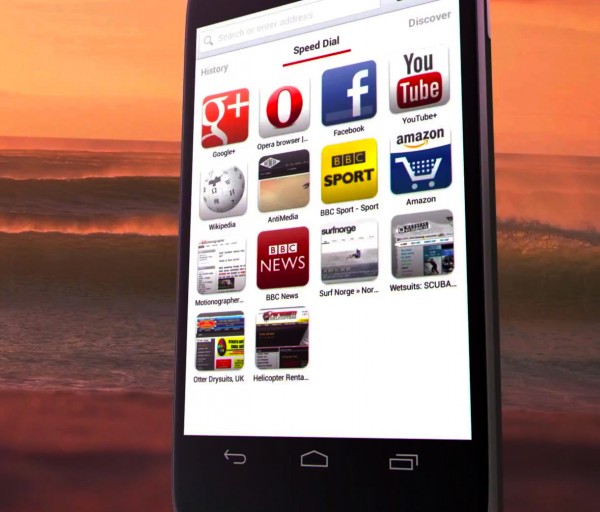 Three weeks ago, Norwegian browser maker Opera Software announced a major change in the company's philosophy, moving from the in-house Presto rendering engine to the open-source WebKit for all future Opera releases. The transition will be gradual but on Tuesday Opera took the first steps towards a Presto-free era.

The developer demoed a preview version at Mobile World Congress (MWC) in Barcelona in late-February, and days after the convention finished Opera browser beta (not a very catchy name) made its way onto Google Play rocking that shiny WebKit engine. Judging by initial user feedback, the company appears to have hit a home run, as the app now has more than 190 five-star ratings out of a total of 275 and an average mark of 4.5. Not bad for an early-development build.

In order to ensure decent browsing speeds in areas without 3G or 4G coverage, Opera browser beta sports an Off-Road Mode which compresses the webpage content in order to require as little bandwidth as possible (like Turbo Mode in the desktop browser). This should also help with lowering the cost of cellular data over time.

The browser also comes with a Discover feature which is designed to "find out what's happening" through personal news feeds. Users can use Speed Dial for easy-access to websites straight from the start, and take advantage of playback controls -- start, stop and resume -- and a download manager which allows for saving and renaming media files.

Interestingly enough, with the transition from Presto to WebKit, Opera now also touts "a whole new level of site compatibility" and a native UI (User Interface) which "delivers a superior user experience" on smartphones.

Users, however, continue to report some bugs but the general first-impressions appear to favor Opera browser beta. Have you given it a go?