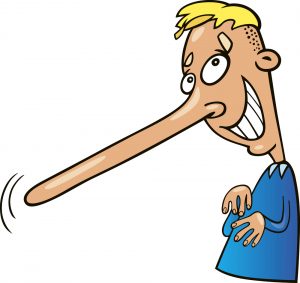 We all know software vendors have vested interests that sway some of the decisions they make. When I heard that Microsoft was the real driving force behind a sly K-12 school privacy bill making the rounds in Massachusetts, I immediately smelled something rotten. While the public purpose behind the bill aims squarely at protecting student privacy, it's not hard to connect the dots back to Redmond, Wash.

Even though it's easy to see why Microsoft would prop up such a bill (to ease Google Apps' rise in the K-12 educational market), I question the long-term business sense of such dirty grandstanding. Microsoft's Office 365 for Education is already free for students and staff of any qualifying school district (just like Google Apps), and the suite is pretty darn good competition for Google on technical and functional merit alone. So what's the sense in playing dirty just to sign on a few more seats here or there based on misinformation?

Shady maneuvers like this almost always backfire in one way or another. Apple may have scored a legal victory against Samsung recently, but its behind the scenes efforts to get retailers to ditch Samsung devices on shelves only angers those who enjoy free competition and choice. And how well have Apple's attempts to keep popular Google apps, like Voice, out of users' hands turned out? They soured Apple's image, and in the end likely turned more users against the company than anything else.

At face value, the bill up for consideration in Massachusetts has some pretty agreeable stated goals. It aims to prohibit any company providing cloud services to schools in the state from using mined information for any commercial (read: advertising) purposes. Both Microsoft and Google compete toe-to-toe for K-12 district mindshare in the cloud email space, and Google Apps steadily chalks up conversions -- over the last few years. My own former high school district and employer, Maine 207, was one of the first large high school districts in Illinois to make the move to Google's ecosystem starting back in 2008.

Microsoft is oddly standing behind its efforts in backing the bill. Microsoft spokesman Mike Houlihan says, "We believe that student data should not be used for commercial purposes; that cloud-service providers should be transparent in how they use student data; and that service providers should obtain clear consent for the way they use data. We expect that students, parents and educators will judge any proposed legislation on its merits". Not to spill egg on Microsoft's face, but does this legislation even apply to Google Apps in the first place?

As a consultant to many school districts considering switches to cloud email, this discussion comes up quite often. And it's an area that I fully believe Microsoft and Google are on level playing fields for, and never recommend one service over the other on privacy issues alone. Lifting one provider over the other on this line item alone is like winning the game because the other team didn't show up to play -- satisfying, but it doesn't really prove anything, as both Google and Microsoft are very good in regards to privacy concerns alike.

A quick check on Google's public Terms of Service for the Google Apps for Education suite speak numbers to the way that commercial interested (primarily ads) are handled for school needs. Simply put, they aren't displayed or used. By default, Google has all ads disabled for student and staff accounts; the only time ads are allowed are on alumni accounts, which don't technically qualify as students or staff in the first place.

The larger discussion at hand here, especially in light of the recent "Don't Get Scroogled" campaign by Microsoft, surrounds the very fact both companies have and still do scan all of your email whether you like it or not. Microsoft's attempt to paint the debate around strict advertisement targeting is indeed intellectually dishonest to the nth degree. Since we now know that neither Google or Microsoft are targeting ads for students or staff at schools for advertising, what exactly are they scanning for, then?

A lot of things, actually. Spam detection and control, for example, wouldn't be possible without contextual and precise data filtration from incoming and outgoing messages. Does this constitute a breach of privacy? I don't believe so, and have stood behind this belief for quite some time. Technical, computer algorithms deciphering the spam levels of email messages is a far stretch for painting respective vendors in a bad light for helping merely keep our inboxes clean.

Funny that Microsoft should take the stance it does, since the company has some uses for targeted email scanning. Straight out of the conscripts of its own Services Agreement reads:

For example, we may occasionally use automated means to isolate information from email, chats, or photos in order to help detect and protect against spam and malware, or to improve the services with new features that makes them easier to use.

Even though it is not serving up ads, isn't it fairly easy to foresee that Microsoft may be commercially gaining from your information? Wouldn't an overall better user experience ideally lead to more new customers of Office 365 for Education? I'm not a legal scholar, but you can come to your own logical conclusions.

When you upload your content to the services, you agree that it may be used, modified, adapted, saved, reproduced, distributed, and displayed to the extent necessary to protect you and to provide, protect and improve Microsoft products and services.

So again, if your definition of "commercial benefit" is strictly aligned in the realm of advertising, then Microsoft using your data to influence its direction of given services could be a moot point. I happen to differ, and this is why I label the Scroogled campaign and subsequent school privacy bill battle as intellectually empty in all respects.

Consumers always win when competition is high and barriers to entry are low. It's a fact of our wonderful capitalist system, and the reason why we're free to use Gmail or Outlook.com, Google Apps or Office 365 in our school districts, and all the other services these two great companies have to offer. I'm not penning this article to talk down Office 365 on technical merit -- in that area, it's a solid competitor and often times better option than Google Apps.

But let's not divest this cloud services battle to one full of patent law pickpocketing, dishonest privacy rights campaigns and backhanded attempts at keeping competition out of the K-12 market. If Microsoft spent as much time, energy, and money on showcasing the great benefits schools could enjoy through Office 365 (like they have quite wonderfully done in their great Surface commercial campaign) then perhaps we wouldn't be discussing the legal filler in its respective terms of service.

Email scanning is here to stay for as long as we need spam protection. Unless, of course, you prefer wading through hundreds of junk emails each night. No, thank you. I'll give the cloud providers the benefit of the doubt here.