Will you buy Samsung Galaxy S4? 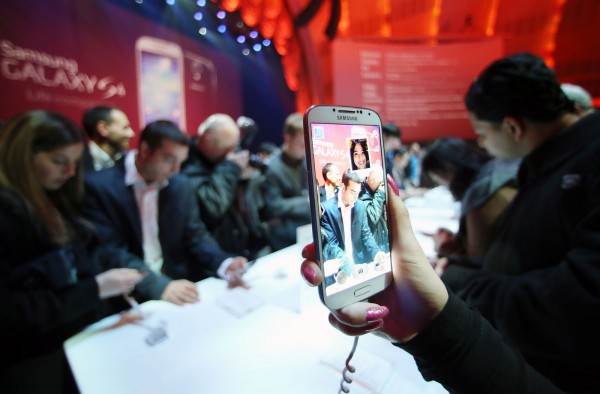 Now that some carriers have started taking preorders, time is to ask whether or not you will buy Samsung's new flagship smartphone. The South Korean consumer electronics giant will offer the handset from 327 carriers in 155 countries, later this month.

Ian Fogg, IHS Screen Digest principal analyst, predicts that Galaxy S4 will be huge -- extending Samsung's "market lead from 4 to 11 percentage points over the next largest handset maker. Globally, Samsung will ship 29 percent of all mobile phones in 2013".

He emphasizes: "Galaxy S4 will cement Samsung's existing position as the leading mobile handset maker globally. This flagship smartphone will act as a halo device that will boost Samsung's mobile brand and support sales of all of Samsung's handsets at all price points."

Galaxy S4 is a big upgrade in some respects, small in others. The phone's screen jacks up to 5-inches and increases screen resolution to full HD. The physical design changes little from the S3, but software enhancements abound -- and they, working with the eight sensors, are designed to make the phone more responsive to you.

Among the software features:

Fogg warns that "many of the features of the S4 overshoot current consumer needs". Do they? That's a question for you.

Samsung's smartphone should not be judged on features along but how they stack up to other tech-leading handsets. To help answer the question, I've prepared specs.

Some of you already have expressed strong sentiments about Galaxy S4 in previous BetaNews stories. Xuanlong: "Regardless of what people think of the Galaxy S IV, there's no doubt that Samsung has pushed the envelope on both hardware and software. That's a lot more than Apple can say these days".

"This phone reminds me of the PC market", Mark Bryant opines. "You get a lot of crapware on it which you usually delete first thing. Only you probably won't be able to do with this phone". He's right.

Iain Simpson, commenting about the launch event: "Blah blah blah, same crap with a bunch of stolen shit included. Not impressed at all with Samsung". Reader ladylust responds: "Wow talk about denial. Who did they steal from space aliens? If your referring to Apple -- this phone makes the iPhone 5 look like a flip phone. Your kidding me right?"

Incredible specs for a mobile device, a smartphone. Most sites agree that it's overkill, but specs sell. However, I ask, did we just hit the end? Just like the PC market, you hit a point of 'good enough'. I think with these specs, anything put out next year won't make much difference. When means the smartphone hardware race is dead, it's all about software now. Which I also find funny, Apple calls their stuff i-AppName and now Samsung calls their stuff s-AppName. Still going to keep my Nexus 4. Really holding off until Windows Phone 9 ships.

Reader theboyr shares similar sentiments: "What I think we've all learned -- the magic of smartphone advances has really hit a ceiling. There's not much higher Android or iPhones can go in the platform alone for a phone...They can add software, but most of the software here is gimmicky and will be used by little amounts of people".

Only one question remains: Will you buy Samsung Galaxy S4? Please take the poll above and expand in comments below.

40 Responses to Will you buy Samsung Galaxy S4?