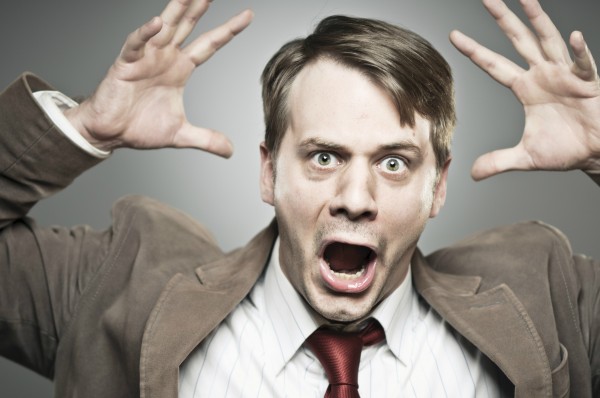 In some alternate universe, Microsoft CEO Steve Ballmer slaps former Windows & Windows Live president Steven Sinofsky on the back for a job well done. The company's newest operating system is such a huge success that sagging PC shipments soared to record numbers. Our reality is something shockingly different. First-quarter declines are the worst since IDC started tabulating numbers in 1994 and surpass the worst estimates. You know things are really bad when even perennial gainer Apple sees a huge year-of-year fall off.

"At this point, unfortunately, it seems clear that the Windows 8 launch not only failed to provide a positive boost to the PC market, but appears to have slowed the market", Bob O'Donnell, IDC vice president, says. Holy Moley, Windows 8 slowed the market? You want to know why Ballmer booted Sinfosky out the door? O'Donnell offers chilling indictment.

"While some consumers appreciate the new form factors and touch capabilities of Windows 8, the radical changes to the UI, removal of the familiar Start button, and the costs associated with touch have made PCs a less attractive alternative to dedicated tablets and other competitive devices", he says. "Microsoft will have to make some very tough decisions moving forward if it wants to help reinvigorate the PC market".

Strangely, I really like Windows 8 -- well, running on Surface Pro. The broader market of buyers disagree. Well, now we have another reason Microsoft rushes Windows 8.1 development for pre-holiday 2013 release.

In mid-March IDC warned that PC shipments might decline greater than its 7.7 percent forecast. The year-over-year drop is nearly double that -- 13.9 percent. Let me put that figure in context that makes more sense of O'Donnell blaming Windows 8. Shipments sagged in Q1 2012, too, something that should have magnified gains a year later. Decline's severity tells a story that O'Donnell reads grimly, for Windows 8.

"Although the reduction in shipments was not a surprise, the magnitude of the contraction is both surprising and worrisome", David Daoud, IDC Research Director, says. You think?

Simply stated, and there's no easy way about it, Windows 8 is failure. The measure of how much likely comes when Microsoft announces first-quarter results later this month. Looks like early license sales success is more a factor of low-cost upgrades, which the company no longer offers. Sustainability of license sales, at full price and without much lift from PCs, is something Microsoft must answer with earnings. Share price is down more than 2 percent in after-hours trading tonight, BTW.

Accelerating a trend already evident from past quarters, smartphones and tablets pull sales from PCs. Even Apple. IDC asserts that iPad contributed to Mac shipment declines during first quarter.

"The industry is going through a critical crossroads, and strategic choices will have to be made as to how to compete with the proliferation of alternative devices and remain relevant to the consumer", Daoud says. "Vendors will have to revisit their organizational structures and go to market strategies, as well as their supply chain, distribution, and product portfolios in the face of shrinking demand and looming consolidation".

In other words, traditional PC makers must tighten up supply chains, which reverberations will be felt globally by component manufacturers and suppliers, among other parts of the ecosystem. Then there is the tablet quandary, about which some companies must reallocate resources to different devices.

What Will Apple Do?

Regionally, the United States is a PC market in crisis. With the exception of a slight 2 percent gain in third quarter 2011, shipments fell for 10 consecutive quarters. In Q1, 12.7 percent year over year but stunning 18.3 percent sequentially. Shipments fell for the top-four vendors, with Lenovo, which gained 13 percent, the exception.

Apple's 7.5 percent annual decline is anomaly but clearly an early trend. Shipments fell slightly, by 0.2 percent, during fourth quarter. More disturbing Q4 to Q1, shipments slumped by more than 30 percent. Mac's woes reflect on trends larger than Windows 8 and, from my analysis, makes demand for smartphones and tablets more factor than any changes Microsoft made to its flagship operating system.

what if Apple just stops making traditional computers altogether? Is this really that crazy of a prediction to make? It doesn't take a genius to figure out that when you have a growing majority of your revenue (iOS) overtaking a product line that represents the 'old vision' of computing according to Apple (laptops, desktops), some kind of drastic change needs to be made. And seeing how blunt Apple generally is with its market statements, I wouldn't at all be shocked to see OS X 10.x be the last of its breed. In true Xserve fashion, the legacy of the Mac cats may be slowly nearing its digital end.

Derrick speculates for five years out. But, yeah, I can really see that from the company with a tendency to dump tech deemed unnecessary. Why not a whole category, particularly when tablets -- perhaps with modular pieces -- become good enough to replace PCs?

The numbers tell a story. During fourth quarter 2007, Macs accounted for 37 percent of Apple revenue. Five years later: 14 percent, while iOS devices represented close to three-quarters of revenue. If iPad already pulls away sales from Mac laptops, speculation Apple might some day largely exit the market is quite reasonable. Within five years -- yeah, I'll buy that.

Something else Derrick observes:

One must also be slightly suspicious as to why Apple has not made a peep about competing with Microsoft in touch on the traditional laptop and desktop side. After all, Windows 8 has been a public reality for Apple since 2011 when the fuller picture about Microsoft's intentions for 8 were solidifying. We're now full force moving into Spring 2013 and there is zero news about anything remotely touch related making its way to Macbooks or Mac desktops. If Apple plans something spectacular to slow the Windows 8 touch train, it certainly hasn't brushed through any of the traditional leak channels as with most prior releases.

If O'Donnell's assessment about lagging interest in Windows 8 touch PCs is right, perhaps Apple watches and waits. After all, consumers seem content enough with touchscreen tablets.

Whatever anyone does next, Daoud's warning about a "critical crossroads" aptly describes two computing eras intersecting.

64 Responses to FU, Windows 8, PC shipment decline is worst EVER