Nothing can save Windows 8 now 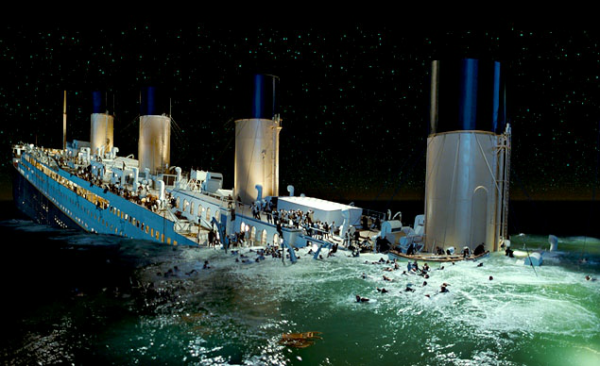 Tell me if you can't make the connection here. China is the world's largest market for PCs and during 2012 passed the United States to claim the top spot in smartphones, too. About two thirds of all handsets going into China are smartphones, and there is a long-documented trend in emerging markets where people skip the PC and go right to mobiles as their first connected devices. Handset sales are way up and now IDC says PC shipments are way down going into the People's Republic and will contribute to larger-than-expected decline in global personal computer shipments. You follow where this is going?

IDC says February PC shipments fell below forecasts. The analyst firm had expected a 7.7 percent year-over-year decline for first quarter but now predicts double-digit drop instead. China, which accounted for 21 percent of global PC shipments last year, is a major, but not the only, reason. The analyst firm identifies Chinese New Year, budgets cuts and anti-corruption campaigns as factors, while ignoring the most obvious: Shifting buying patterns.

From Bad to Worse

IDC is among the most-optimistic analyst firms with respect to Windows 8 leading to a PC rally later in the year. But today's revised forecast feels more like denial, which wouldn't be the first time. Analysts there also underplayed tablet competition after iPad launched and in less than the last 12 months revised tablet shipment forecasts upward four times -- again, just last week.

"Based on our latest quarterly figures, global PC shipments were expected to decline by 7.7 percent in the first quarter as vendors and the supply chain work through the Windows 8 transition", Loren Loverde, IDC program vice president, says. "However, our February monthly data suggest that we could see a drop touching double-digits in the first quarter and a mid-single-digit decline in the second quarter before we see any recovery in the second half of the year".

That's consistent with past positioning, but this is new: "Even getting to positive growth in the second half of 2013 will take some attractive new PC designs and more competitive pricing relative to tablets and other products". In your dreams.

Two weeks ago, when IDC last revised PC shipment data, Loverde said: "Growth in emerging regions has slowed considerably, and we continue to see constrained PC demand as buyers favor other devices for their mobility and convenience features. We still don't see tablets -- with limited local storage, file system, lesser focus on traditional productivity, etc. -- as functional competitors to PCs, but they are winning consumer dollars with mobility and consumer appeal nevertheless".

Unlike Europe or the United States, China is a market with lots of headroom for PC growth. Suddenly, the country is the canary in the coalmine -- and it just flopped over. China leads a global trend towards devices that are even more personal. This is something American bloggers and journalists struggle to comprehend -- that in many other markets people can and do use mobiles instead of PCs.

Why not? Mobile devices, particularly smartphones, are even more personal and increasingly much more powerful and useful than PCs. People carry cell phones most everywhere and use them to maintain personal and professional relationships. The smartphone's smarts only make the device more personal, as people manage e-mail, financial accounts, music, personal communications, photos and videos, among other things. PCs are personal, too, but not nearly as much. How many people are so attached to their PCs they want to be buried with them? That's not a new trend.

But Americans, living in the land of plenty, can use many more devices, and the PC is the most-established among them. Writers here often miss global trends. Think about it. Why are Asian manufacturers like HTC and Samsung rushing flagship smartphones to 5-inch screens -- or more! These mobiles are huge, but they also increase the PC displacement, or replacement, utility of a more personal device that is most-likely carried most of the time. These manufacturers recognize where the global market is headed.

If you thought Microsoft was in trouble before, matters are much worse. If you didn't think the company had problems, you should look again. Windows 8 is in deep do-do as the world goes mobile and Steve Ballmer and Company have got nothing to offer. Windows Phone 8 has little to no market share, which, by the way, isn't growing in the emerging markets (China among them) where smartphone shipments soar.

Windows 8 was supposed to save the PC market. But roles are reversed. With about 80 percent of operating system revenue coming from personal computer sales, Microsoft's options are limited. Short of divine intervention, nothing can save Windows 8 now.

105 Responses to Nothing can save Windows 8 now