iPhone 5 goes on sale at T-Mobile 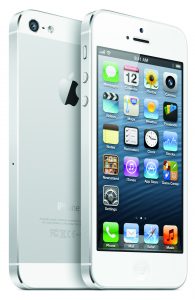 Little over two weeks ago, with much fanfare, T-Mobile announced that the iPhone 5 officially arrives in its smartphone portfolio. And, today, after a week of pre-orders, the Apple-branded handset finally goes on sale at the fourth-largest US mobile operator.

T-Mobile is the last of the four major mobile networks in the US to get the iPhone 5, after AT&T, Verizon and Sprint. Also, the iPhone 5 is the first fruit-branded smartphone to officially reach the "un-carrier" -- as T-Mobile likes to call itself -- little short of six years after the first iteration came to market.

This is a big moment for the mobile operator and Apple, but more so for T-Mobile which has announced that the iPhone 5, in both color choices -- white and black -- is available for the lowest upfront cost at any of the four major carriers in the US. Furthermore, unlike other major players, T-Mobile automatically lowers the total monthly fees after the smartphone is paid for, subtracting the cost of the installments.

When purchased alongside the Simple Choice Plan, the 16 GB iPhone 5 runs prospective customers $99.99 upfront and $20 per month over the course of two years. For the 32 GB and 64 GB versions of the iPhone 5, customers have to shell out $100 and $200 more, respectively, upfront with the monthly fees remaining unchanged.

T-Mobile also provides a trade-in offer, which eliminates the upfront cost for the iPhone 5 if customers hand over an iPhone 4 or iPhone 4S. They can also get up to $120 in credit, depending on the condition of the device that is traded-in.

5 Responses to iPhone 5 goes on sale at T-Mobile