There are many reasons for the recent PC sales slump 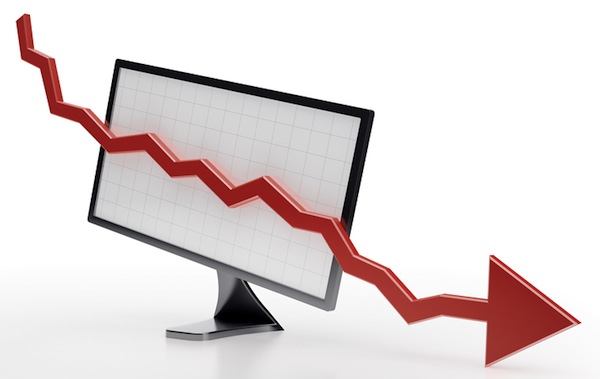 Windows 8 is not the direct cause for poor PC sales, and to suggest this is simply sensationalism. True, the operating system received cool reception from some people, but most  don't realize that Microsoft had little choice to do what it did. The company distributed the first Preview during the BUILD developer conference in autumn 2011, and I immediately recognized what was going on. Windows 8 is all about touch and mobile. Mobile touch devices are replacing computers among many consumers. Microsoft likely saw this and had to do something. That something is Windows 8. I discuss this consumerization of the PC market in my late-March BetaNews story.

What some people fail to appreciate is that a PC is more than a consumer device. Windows is more than a mobile operating system. It is very complex, designed for heavy-duty work. Microsoft had one of two choices: Create a totally new operating system for mobile and leave Windows as is; merge a mobile operating system into Windows so it is a hybrid. That the company chose the latter is ingenious, but risky. Likely we won't know until years from now whether or not Microsoft wisely, but it is a noble undertaking nonetheless.

But I think one should differentiate between the problems Windows 8 faces and the problems the PC market is facing. They are two different things, which simply overlap.

The fallout of the PC market is long overdue and should have been expected. Why?

PCs haven't changed much over the last 10 years. Yes, they may have slightly better CPUs, a bit more RAM and bigger hard drives, but they really don't offer all that much more for users. This is likely why many businesses still use Windows XP. Face it, nearly 40 percent of business PC's still run XP and that is three OS generations back. Current PCs don't offer all that much more than XP computers and with the right software a XP computer could last another 10 years. While consumers will throw away perfectly good electronics for the latest fad, businesses can ill-afford this. Consumers are moving towards mobile, so Microsoft has little choice but to push mobile and touch.

The next problem has to do with the switch from desktops to mobile. Mobile devices are more expensive. Most low-cost Android devices (less than $100) are very, very limited. The better mobile devices start at the price level of a cheap PC. But PCs offer more and require more, so adding touch to PC's has challenges. Modern laptops can be upgraded with new memory, hard drives and batteries, but most mobile devices (tablets) cannot be, not even memory or batteries. Look at the iPad. It has the worse rating for repair or upgrading. It is a throw away device and it costs $500!

The Windows world is different. Moving to mobile is not easy and has many challenges and this first generation of Windows 8 devices is simply testing the waters to see what sticks and what doesn't. So what is sticking and what is not?

Two issues come to the fore. First,  x86 backward compatibility. This is critical and must be taken into consideration. Why? Because the business market demands it. Consumers may tolerate the lack of backward compatibility, but businesses won't. So time will tell how well Windows RT does and it may well succeed with consumers, but the second problem I believe has been more critical and that is Price.

This may be why Lenovo is doing so well, while other PC makers are not. Lenovo caters to lower price brackets quite well. I recently bought a Windows 8 laptop and the ones with touch were just too expensive, so deciding to opt for one without touch I simply tried to buy something that gave me more for my money. I ended up with a Lenovo laptop, 15.6-inch screen with decent specs and only for $299 at Best Buy online. I am a software developer and even to me, price matters.

The non-Microsoft mobile market is being broken up into two sectors. The high end (iPad, Google Nexus, etc.) and the low-end (Android devices in the $100 or less range). For Windows devices, the ones that make Windows 8 shine are all high-end products and with a poor economy, they just aren't selling well. I purchased a Windows 7 tablet (and upgraded to Windows 8) , but only because it was on sale for $300 off (originally $699, but on sale for $399), which was my ExoPC.

The shakeout in the PC market may have more to do with a saturated market and prices. Lenovo may be one of the few PC makers who see this. Acer and Asus saw this in the Netbook hay-day, but Netbooks fell out of favor. Rather than lowering prices, they kept trying to find ways to raise the prices on Netbooks. But one thing was for sure. Price mattered then and still does.

To blame the PC sales woes all on Windows 8 is wrong and not fair. The entire industry has to take some share of the blame and with the economy problems, doesn't anyone just simply ask the question, why not help people save money if possible. That is what I did for my customers when I use to do consulting and custom programming. I tried to find ways to extend the life of their computers and ways to use less expensive equipment. I have seen some of my customers continue to use DOS applications I developed for them for as long as possible, far beyond what most would have expected.

The price for touch needs to come down. Just look at the prices for touch-enabled monitors. I found a great deal on a 22-inch touch-enabled monitor that supports two touch points only and uses an optical system, rather than capacitive. I got the monitor for $249 and it works great with Windows 7 and touch. Most touch monitors for use with Windows 8 cost $500 or more. Way too expensive.

Many manufacturers or retailers push HD displays and 10-point touch on Windows mobile devices and you can't touch (pardon the pun) one of these for less than $500 and some are in the $800 or more range. No matter what anyone thinks, price matters. This may be why Apple came out with the iPad mini (not only smaller size, but also price) and they also sell the previous generations of iPad for a discount. Some buyers just want a fair deal, especially businesses.

The PC Market is Changing

Computers will likely continue to decrease in sales and will gravitate more towards business users. That's where PCs really got their start, as business tools.The desktop PC is not going anywhere, it is just they may find their nitch with business users rather than consumers. Sales likely will continue to drop, but this should be expected. That is not Microsoft's fault, nor Windows 8. Consumers want ease of use, smaller devices, portable devices so new markets will result for non-PC devices, whether it be tablets, bigger smart phones or streaming media devices.

Tablets are the rage right now, but here price is what will really matter in the long run. Windows OE's need to target the $200 price point for a 7-inch tablet running real Windows 8 (not RT). That is the sweet spot for Windows tablets. They don't need to be high definition or state of the art, but just sound mobile devices. Some business users will demand more powerful tablets, but many could do a lot with less. Simply put, price matters even with tablets.

One company I would watch carefully is Intel. Do not underestimate the mighty chipmaker. Intel is on the right track. The Atom SOC (system on a chip) line continues to get better and better with each new generation, with more power and better battery life. While a bit expensive, Intel's StudyBook concept is on the mark. The company even has its own app store (for low-resolution devices like Netbooks) called AppUp, which also targets the current market needs, encouraging developers too.

Software developers are partly to blame for the state we are in. Windows has had touch for some time now and Windows 7 is nearly as powerful with touch as is Windows 8, but few developers target touch in Desktop apps. Now give me a low-cost Windows 8 (or 7) seven-inch tablet and I would be able to start writing apps for it immediately -- and they can run on Windows XP as well, but taking advantage of touch when it is there.

Software needs to be better, more dynamic. It is possible to write software that dynamically adjusts to the system it runs on. Call it "smart" software if you will and Windows is well-suited to doing this. Software for Windows needs to be designed for multiple versions of Windows from XP to Windows 8, dynamically changing itself based on the version. Software needs to tap into the core WIN32 APIs so it can perform better with less hardware, with a smaller footprint. Don't think this is possible? I work with a development system that can do this, and the entire development system is only about 20MB in size.

The Windows operating system has some amazing core features that allow software to be truly dynamic. For example, one can actually poll the operating system DLLs to see what features and APIs are available and use different APIs on different versions of Windows as needed. Yes, Windows software can be written to be dynamic, smart if you will.

Windows 8 is only in Its Infancy, give It Time

Windows 8 is a bold new step for Microsoft, and it will take time to mature. Windows RT will likely find its own nitch, possibly with consumers only, but the Desktop will continue to be the workhorse for business. It should not be a matter of saying whether Windows 8 is a success or failure. Windows 8 is new, different, but at the same time the old and familiar is still there (the Desktop). Currently backward compatibility is very good on the Desktop side. In time, even Microsoft may realize how valuable this side of Windows really is.

The Desktop in Windows is a diamond in the rough that simply needs to be fine-tuned even more, not abandoned. The potential for both sides of Windows 8 is staggering. The range of devices that Windows 8 could run is also quite staggering. Hardware manufacturers simply need to be more practical and creative. New form factors may yet appear, but price still matters.

Computer hardware can ill-afford to be viewed as throw away anymore. Rather it too needs to be just as dynamic as the software needs to be. Mobile devices need to be upgradeable and repairable too. Windows has a long heritage it can leverage and it should be prepared for the long haul, maturing as needed.