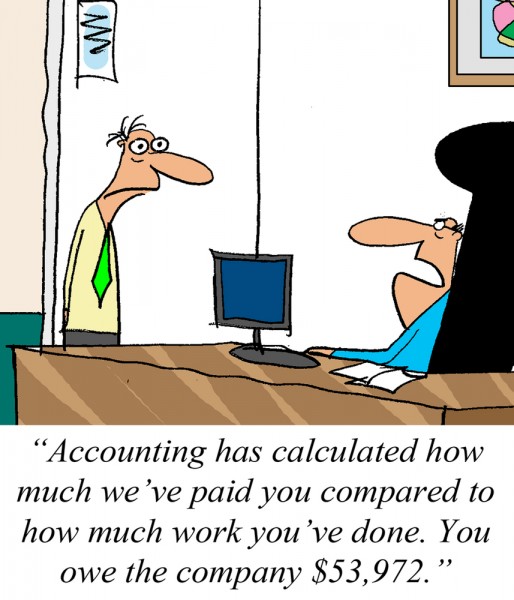 “Do you think I’m a prostitute?” she asks.

“We’ve already established that”, he replies. “This is just a price negotiation”.

Not a great joke, but it came to mind recently when a reader pointed me to a panel discussion last September at the Brookings Institution ironically about STEM education and the shortage of qualified IT workers. Watch the video if you can, especially the part where Microsoft general counsel Brad Smith offers to pay the government $10,000 each for up to 6,000 H-1B visas.

In the joke, this is analogous to the $10 offer. There’s a $1 million offer, too, which is another U.S. visa -- the EB-5 so-called immigrant investor visa, 15,000 of which are available each year and most go unclaimed. Why?

The EB-5 visa is better in many respects than the H-1B. The EB-5, for one thing, is a true immigrant visa leading to U.S. citizenship, where the H-1B, despite misleading arguments to the contrary, is by law a non-immigrant visa good for three or six years after which the worker has to go back to their native country. But the EB-5 requires the immigrant bring with him or her $1 million to be invested locally in an active business.

What’s wrong with that? Can’t Microsoft or any other big tech employer suffering from a severe lack of technical workers just set these immigrants up as little corporations capitalized at $1 million? It must be a better return on investment than the 1.52 percent Redmond made on its billions in cash in 2011. Yet they don’t do it. Why?

The answer is simple economics wrapped up in a huge stinking lie. First of all there is no critical shortage of technical workers. That’s the lie. Here’s a study released last week  from the Economic Policy Institute that shows there is no shortage of native U.S. STEM (Science, Technology, Engineering and Mathematics) workers. None at all.

You may recall this lack of a true labor shortage was confirmed empirically in another column of mine looking at tech hiring in Memphis, Tennessee.

If there was such a shortage, Microsoft and other companies would be utilizing EB-5 and other visa programs beyond H-1B. They’d do anything they could to get those desperately needed tech workers.

Some argue that these companies are using H-1Bs to force down local labor rates.  Forcing them down how much is becoming clear, in this case thanks to Microsoft’s Brad Smith’s offer. If H-1Bs are each worth $10,000 to Microsoft, the average savings from using an H-1B has to be more than $10,000 plus the risk premium of cheating the system.

But the H-1B program wasn’t started to save money and money savings can’t even be considered as a reason for granting an H-1B according to regulations. Though companies have become pretty brazen about that one when they advertise for only H-1Bs for positions.

An interesting aspect of this story is that some readers have characterized Smith’s offer as a bribe. Maybe it isn’t. Maybe it’s just a gift or it’s intended to cover the true cost to the local and national economies of using an H-1B worker or, more importantly, not using a comparably trained U.S. citizen. But that can hardly be the case given the high unemployment rate among U.S. STEM workers.

What this kind of offer seems to be counting on are the typically terrible math skills of elected government officials; $10,000 ($3,333 per year) is not going to cover the lost income or true cost to society of a computer science graduate taking a lower-paying non-technical position.

What we need, I think, is a much simpler test for whether H-1Bs are actually warranted. The test I would impose is simple: if granting an H-1B results in the loss of a job for a U.S. citizen or green card holder, then that H-1B shouldn’t be granted.

Solving true technical labor shortages or being able to import uniquely skilled foreign workers are one thing, but this supposed H-1B crisis is something else altogether.