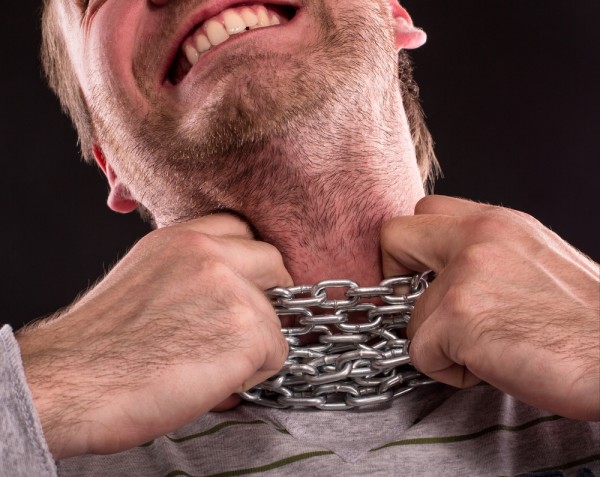 Oct. 10, 2007 is the day I threw off the chains locking my music. I purged the last DRM-protected file from my personal catalog -- and not by stealing. I purchased every track, and getting them Digital Rights Management-free wasn't easy six years ago. The base collection started from CDs. The problem: Songs purchased from iTunes, starting in April 2003. Later, Apple offered facility to remove copyright restrictions. Meanwhile, I repurchased some tunes, or just did without them.

But chains remain. Every video purchased or rented for download is DRM-protected. Far worse are ebooks. There, the unsung hero -- your advocate and champion -- is JK Rowling. In late April 2012, she released the entire Harry Potter series as ebooks, DRM-free, baby. Rowling is more than a hugely successful writer; she stands up for readers, too.

You can take a stand also. May 3rd is "International Day Against DRM". That's right, today. There is good reason now, as rights protection is headed to HTML5, and it's helluva controversy, too.

"There is a proposal currently before the World Wide Web Consortium's HTML5 Working Group to build DRM into the next generation of core Web standards", Electronic Frontier Foundation's Peter Eckersley and Seth Schoen explain. "The proposal is called Encrypted Media Extensions, or EME. Its adoption would be a calamitous development, and must be stopped".

Allowing a few businesses to organize a scheme to deny our freedoms for their profit is a failure of government, but so far most of the world's governments, led by the U.S., have acted as paid accomplices rather than policemen for these schemes. The copyright industry has promulgated its peculiar ideas of right and wrong so vigorously that some readers may find it hard to entertain the idea that individual freedom can trump their profits.

He's spot on. Publishers demand onerous digital rights mechanisms that defy fair use-laws that prevent people from sharing content they purchase for personal use. Take ebooks, for example. If I buy hardcover or paperback, I can share with family, or even friends. But not ebooks. DRM restricts usage to a single user account. If my daughter at college wants to read the same book, she must buy another copy.

Isn't that a form of price fixing, a practice that U.S. antitrust law prohibits, since DRM compels even members of the same household to buy more than one copy of a title when using separate accounts on different devices. Buyers can read Kindle books on any device running Amazon's software, for example, but rights restrictions limit or prevent sharing the titles with, say, family members on their separate accounts.

In a competitive market, particularly a growth one, competition should loosen rights. That's what happened with digital music, where DRM ruled early on but today is all but gone. Consumers benefit from the ability to share music within a household. Ebook publishers generally grant no such rights. Same applies to Hollywood-produced movies and TV shows.

U.S. antitrust and trade laws are supposed to protect consumers from harm. What's not harmful or anti-competitive about onerous DRM? If rights restrictions come to HTML5, music freedom could give way to chains. Again.

EME would be an irreversible step backward for freedom on the Web. It would endorse and enable business models that unethically restrict users, and it would make subjugation to particular media companies a precondition for full Web citizenship. Just as Flash and Silverlight are finally dying off, we should not replace them with the media giants' latest control fantasy.

Furthermore, EME contradicts the W3C's core values. It would hamper interoperability by encouraging the proliferation of DRM plugins. It would fly in the face of the W3C's principle of keeping the Web royalty-free -- this is simply a back door for media companies to require proprietary player software. It is willful ignorance to pretend otherwise just because the proposal does not mention particular technologies or DRM schemes by name.

I agree. If you do, too, sign FSF's petition "We don't want the Hollyweb", opposing EME.