Creative Cloud is Adobe's future (and yours, too) 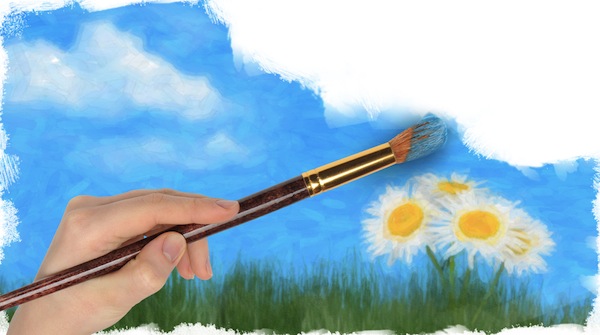 No one rightly can accuse Adobe of playing the ostrich, digging in and pretending the cloud isn't changing the market for desktop software. The developer of popular publishing tools like InDesign and Photoshop takes huge risks that will either make or break future revenue. A year ago, Adobe unveiled the Creative Cloud subscription service. Today, in Los Angeles, the company rebranded CS suite as CC and moved all future features, updates and versions to the cloud subscription service. You want new Photoshop, Adobe will take your money monthly, baby.

I cannot understate the risk taken here, as Adobe delivers double-whammy to customers. Changing an iconic brand is trouble enough -- how people pay and what for, even more so. But the CC (for Creative Cloud) also demarks change, break from the old model for the new. With risks come rewards.

New versions of Dreamweaver, InDesign, Illustrator, Photoshop and Premiere Pro will be available in June, but only as part of Creative Cloud. Users pay a monthly subscription fee rather than purchase software upfront. That means shelling out less and getting more for it, at least initially, and sacrificing some usage rights in the process. Buying software gets you a perpetual license. Subscription means the software deactivates after you stop paying, ending your rights to use the applications.

Standard pricing is $49.99 per month, which provides access to most Adobe software. You cannot buy the new CC versions in stores; subscribe and download instead. Student and teacher monthly pricing is $19.99, which is the same for single apps. Existing individual customers of CS3 or later pay $29.99 and business ones $39.99. CS6 users get in for $19.99 per month. A team option is $69.99 per month, or $39.99 for existing customers. If you qualify as existing, the discounted offer ends July 31.

I count 34 products currently available for the monthly fee -- everything from Acrobat to Flash, Illustrator, Lightroom, Photoshop Touch and Premiere.

Adobe will continue to sell and update Creative Suite 6, but new features go to Creative Cloud. So this is a forced migration to the subscription service, if you want the new thing. I wondered a year ago if the scheme might affect Adobe revenue, since Creative Suite costs so much more upfront. Nope.

Looked at differently, laws of volume work greatly to Adobe's advantage if monthly payments open up a huge number of students, sole-proprietorships and small businesses to buy into Creative Suite who otherwise couldn't justify the expense -- and that appears to be the case so far. The scheme also will pull forward customers running older CS versions, who either can't afford or don't see value paying for new applications, to upgrade by taking a subscription. They no longer have a choice, other than switching.

The scheme also solves a big problem for Adobe, and it's commonplace among big software publishers: New features come out too slowly, and when they do, many customers don't get them right away because they want to maximize their investment in older software.

"Our customers will no longer have to wait 18 to 24 months to access new Photoshop innovation", Winston Hendrickson, Adobe vice president, asserts. "When a new Photoshop feature is ready, whether it’s the next Healing Brush or something as mind-blowing as Content Aware Fill, we’ll deliver it via Creative Cloud". Adobe releases updates as they're ready, and all customers get them immediately.

Subscriptions smooth out Adobe revenue, too. Monthly pays are a sure thing for the contract period and something sustainable conceptually longer. Consider someone purchasing CS6 Design & Web Premium, which includes Acrobat X, Bridge, Dreamweaver, Fireworks, Flash Pro, InDesign, Illustrator, Media Encoder and Photoshop. Adobe sells the suite for $1,899, with perpetual licensing. For $49.99 per month, a subscriber gets these applications and another 23. That's $599.98 for a year, or less than what Adobe sells Photoshop CS6 ($699; $999, Extended) direct. The three-year cost ($1,799.64) is still less than the suite, and Adobe keeps subscriber software up-to-date.

The deal is sweeter, if taking advantage of the $29.99/month promotion, which applies to the first year. Cost is $359.98, or less than Dreamweaver CS6 ($359), for first 12 months or $1,559.74 after 3 years. The point: Adobe may point a gun to your head, so to speak, but the bang is more for your buck, with less outlay up front to get any of the applications and more of them available over time.

3 Responses to Creative Cloud is Adobe's future (and yours, too)