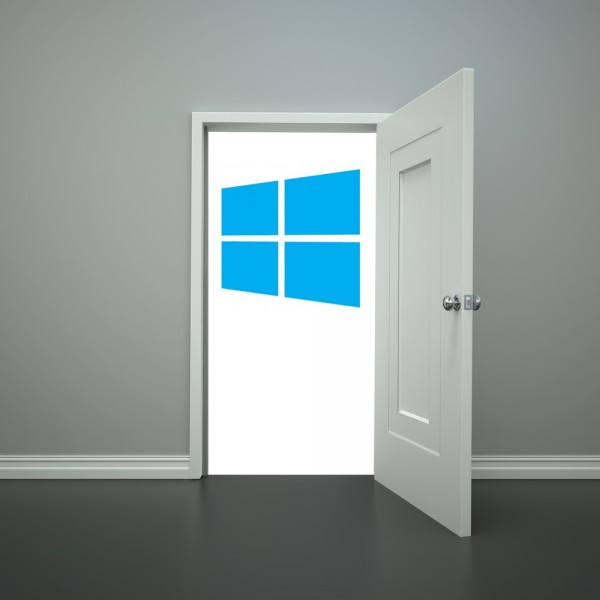 Microsoft Windows 8 is the best desktop operating system. Period. No Linux distribution or OS X can compare. I say this as a Linux user and lover.

When it comes to computing, I have always had a soft spot in my heart for Microsoft Windows. Windows 95 was the operating system of my first-ever computer -- we could not afford a computer before then. As time marched on, I found myself dual-booting Windows and Linux on my future computers, with most of my time being spent in Linux. That is, until a few years ago when I exclusively ran various Linux distributions as the sole OS on my computer.

After trying various Linux distributions and desktop environments, I eventually fell in love with Gnome 3. It was a new way of interfacing with my computer. It enabled me to focus on a task without needing to minimize or resize a window. The overview allowed me to switch programs as I need them. I was pretty much in paradise. This year, I even donated money to the Gnome Foundation as a kudos for its great work.

However, despite my happiness with Linux and Gnome, I was a bit dismayed at my inexperience with the Modern/Metro UI of Windows 8. I like having knowledge about all operating systems. It seemed to be a very polarizing topic in Windows computing -- there was either love or hate. I had tried Windows 8 at Best Buy and generally didn’t like it, but it wasn’t a fair review -- just a few minutes while my wife shopped for Blu-Rays. A few weeks ago, Newegg was running a promotion for Windows 8 -- $79.99 for the OEM. As a system builder, installing on a self-built computer, the OEM version would be perfect. The price was right, so I ordered it. While waiting for the disc, I remembered that I was eligible to buy Office 2013 Pro Plus for $10 in another promotion and bought that too.

When Windows 8 arrived, I decided to start from scratch. I formatted my SSD and setup two partitions -- NTFS and EXT4. I installed Windows 8 to the NTFS partition. On the other partition, I installed Ubuntu 13.04 Gnome. I then setup GRUB so that Windows 8 was a selectable option at boot. I told myself that Windows 8 was only being installed for educational purposes and that I would continue to use Ubuntu as my main OS. This was true for a little while.

When I would log in to Windows 8, I found myself really enjoying the experience. In fact, the aspect of the experience that I loved the most was the Start Screen. This is the most controversial part of Windows 8. Many people want the start button back. I think those people are crazy. In my opinion, the entire classic desktop needs to go away and go Modern UI only.

Modern UI actually reminds me of Gnome 3 in a way. By putting my mouse pointer in the top left corner, I can see all Modern UI apps that are running and then select one. It is very painless to move between two apps when doing it this way. I even discovered some great Modern UI Apps including some alternatives to some classic apps. For instance, instead of mIRC, I found the amazing IRC Explorer. I even did something sacrilege -- I tried Internet Explorer 10 and liked it. I liked it so much that I made it my main web browser with Chrome as my secondary browser. The Netfix app in Moden UI is nothing short of exquisite.

No matter the OS nowadays, the interface is similar in one regard. From iOS, to Android to Ubuntu to OSX to Fedora -- you hunt for an icon that represents the program you want and click it to open -- yawn. Windows 8 is truly the first OS to really look beyond that. While the tiles are basically icons, they are so much more. They create a way to interact with your installed programs like no other OS. It is so refreshing to see the tiles scroll with updates. IRC Explorer will show me recent channel activity without needing to go in the app. The mail app, which I love, gives me a sneak peek into recent email.

As I mentioned previously, I was able to get Microsoft Office for very cheap -- $10.00. I have long been a proponent of OpenOffice and LibreOffice. While I still think they are fine options for the financially challenged, they are no match for Office 2013. It’s a shame to see how much I was missing by using Office-alternative suites for so many years. Office 2013 is worth the normal price. There may be something to those Scroogled commercials after all. Alternatives like Google Docs just don’t compare.

So, in conclusion, while I have left Linux as my desktop OS of choice, I am not leaving it entirely. I will still keep Ubuntu in a dual boot as my secondary OS. Linux distributions are still a great desktop OS choice and LibreOffice is very functional. And who knows, maybe one day Linux will be able to produce something better than Windows 8 on the desktop and I will switch back. I will still be using Linux daily when I use my Android phone and tablet or my Chromebook.

But on the desktop, for the time being, Windows 8 and I are having a great time together.