Stop watching us! Mozilla takes on the NSA 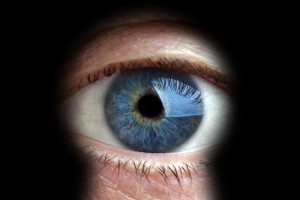 The repercussions of last week's PRISM story continue to ricochet around the web. The latest domino to fall is that belonging to Mozilla, maker of the popular Firefox browser and Thunderbird email client. The organization announces sweeping actions against this news with a campaign designed to raise awareness on perceived privacy intrusions.

Mozilla's Alex Fowler, leader of privacy and public policy, announces "last week, media reports emerged that the US government is requiring vast amounts of data from Internet and phone companies via top secret surveillance programs. The revelations, which confirm many of our worst fears, raise serious questions about individual privacy protections, checks on government power and court orders impacting some of the most popular Web services".

With that, Mozilla launches StopWatching.Us, a new site dedicated to a full accounting of the extent to which our online data, communications and interactions are being monitored.

Mozilla is not the sole party involved with StopWatching.US, but is the only notable player from the tech industry, which is perhaps telling. Other members include Greenpeace, Fight for the Future, Free Press, National Coalition Against Censorship and Freedom Works, to name a few.

"Mozilla believes in an internet where we do not have to fear that everything we do is being tracked, monitored and logged by either companies or governments. And we believe in a government whose actions are visible, transparent and accountable", says Fowler.

The site is a petition of sorts, looking for users to enter their email, name and zip code to demand that US Congress reveal the full extent of the NSA's spying programs. If nothing else it should at least serve as a way to get you noticed by the NSA -- if you have not been already.

8 Responses to Stop watching us! Mozilla takes on the NSA