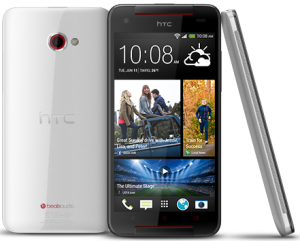 On Wednesday, Taiwanese maker HTC unveiled a beefed up version of its Butterfly Android smartphone, called Butterfly S. The new handset, which bears an uncanny resemblance to its six months-old predecessor, features improved hardware specifications and runs "Android Jelly Bean" (the iteration is not revealed at this point).

Similar to the Butterfly and other high-end Android smartphones, the Butterfly S packs a 5-inch Super LCD 3 display with a resolution of 1080 by 1920 and a 440 ppi (pixels per inch) density. The handset is powered by a 1.9 GHz quad-core Qualcomm Snapdragon 600 processor (that is also found in the Samsung Galaxy S4) coupled with 2 GB of RAM and a whopping 3,200 mAh battery (by contrast, the Butterfly sports a 2,020 mAh unit).

The Butterfly S ships with 16 GB of internal storage and a microSD card slot, the latter of which is not available in HTC's One flagship. But, like the One, the latest smartphone also comes with a 4 MP "UltraPixel" back-facing camera with a 1/3" BSI sensor and f/2.0 aperture, alongside the Zoe software. On the front, the Butterfly S features a 2.1 MP shooter.

The Butterfly S comes in at 144.5 x 70.5 x 10.6 mm and 160 grams. Available color options include black, gray, red and white. There is no word yet concerning pricing or availability.