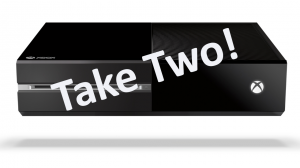 In the first week of June, Microsoft demoed the Windows 8.1 interface, which included the return of the iconic start button. The lack of that button was a pain-point for some users and Microsoft responded by bringing it back. However, this did not signal defeat for the company's Modern UI -- it signaled that the company was listening to users.

Today, Microsoft continued this trend by announcing it was once again listening to users -- this time by killing the much maligned Xbox One DRM and used game restrictions.

On the official Xbox One site, Microsoft posted an entry titled "Your Feedback Matters -- Update on Xbox One". The title of the story entry is significant -- the company is trying to reconnect with users on an emotional level; to express that it cares. With the Xbox One launch still five months away, the company has plenty of time to win back the loyalty of customers.

The post goes on to say that "an internet connection will not be required to play offline Xbox One games -- After a one-time system set-up with a new Xbox One, you can play any disc based game without ever connecting online again. There is no 24 hour connection requirement and you can take your Xbox One anywhere you want and play your games, just like on Xbox 360".

In addition, the company announces that customers can "trade-in, lend, resell, gift, and rent disc based games just like you do today -- There will be no limitations to using and sharing games, it will work just as it does today on Xbox 360".

This puts Xbox One on a level playing field with the PlayStation 4, at least from a customer sentiment perspective -- the used game argument is officially dead. Both consoles will now allow users to share discs and play offline without an internet connection (after the initial one-time online setup). Unfortunately, this kills Microsoft’s much touted feature of sharing downloaded games -- a disc is now required to share. Many Xbox One loyalists used the virtual sharing of downloaded games as a benefit in defending their beloved future console during online flame wars.

Microsoft ends the announcement by stating "Our team remains committed to listening, taking feedback and delivering a great product for you later this year". While such quotes are often lip service, Microsoft has truly earned the right to say this.