Critics may have won the DRM battle, but Microsoft will win the Xbox One war 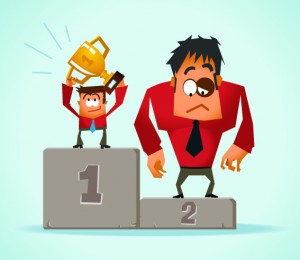 Yesterday, when I first heard the rumors that Microsoft was going to be dumping the Xbox One’s DRM restrictions -- dropping the regular internet checks and making it easier to share and trade games -- I was skeptical. But then news sites began reporting the story, citing reliable sources, and Microsoft removed the Xbox One Q&A page from its website -- clear confirmation big changes were afoot.

Faced with a tide of anger from gamers, and overwhelming negativity towards certain aspects of its forthcoming entertainment console, Microsoft did something no one expected -- it reversed its stance on DRM and went back to the old ways. It was a surprising decision.

Microsoft could have easily ridden the wave of dissent, as it did with Windows 8, pushing its vision of the future, and trusting Xbox lovers would buy the console anyway. Gamers likely would have succumbed to the benefits offered by the new Xbox One, and the complaints as vociferous as they are now, would have died down considerably by the time the box actually went on sale.

Many people like to complain, and when presented with a cause, will happily jump on it. An offensive scene in a TV show might generate a handful of complaints from the viewing public, but if those complaints get picked up by the media, they will be amplified by the exposure, leading to more complaints, including plenty from people who never saw the show in question, but were outraged by the idea of it, or in some cases, outraged for the sake of being outraged.

Giving attention to a grievance is like adding oxygen to a flame, it will cause it to burn strongly and spread. Wait long enough though and that fire will burn itself out, leaving behind just ashes -- sooty remnants of rage.

If it had held its ground and waited, Microsoft would eventually have triumphed. Sure, it might have lost some early initial sales to Sony’s PS4, but ultimately by sticking to its guns, and selling the benefits of its forward thinking, in time I believe The Xbox One would have emerged on top.

Maybe Microsoft was feeling unnerved by the unending negativity directed towards Windows 8, maybe it realized that the "benefits" of the DRM restrictions in the Xbox One just weren’t worth the grief, or maybe (as it claims) it has started listening to its customers. It’s hard to know exactly the real reasoning for the U-turn. But yesterday Microsoft extinguished the fire that was raging around the Xbox One, by taking away the oxygen fuelling it.

That doesn’t mean it’s the end of the matter. Burning embers of resentment will remain. After all, the Kinect still has to be connected, and that will annoy some people, and yesterday’s changes kill the idea of sharing and reselling downloaded titles, which will sadden and maybe even anger certain gamers who were excited by the premise.

Last week I accused Microsoft of dropping the ball on Windows 8 and Xbox One by rushing into things and not listening to what its customers want (or think they want). Today that situation has changed. Microsoft has shown that it can respond and make major changes based on customer feedback to a product that has not yet launched.

But hopefully it’s also not going to become too regular an occurrence. I would hate for Microsoft’s vision of the future to become too diluted by public comment. After all, as they say, a camel is a horse designed by committee.

Not that it's likely to happen of course. In its statement yesterday, Microsoft said:

We appreciate your passion, support and willingness to challenge the assumptions of digital licensing and connectivity. While we believe that the majority of people will play games online and access the cloud for both games and entertainment, we will give consumers the choice of both physical and digital content. We have listened and we have heard loud and clear from your feedback that you want the best of both worlds.

In other words, we bow down to your will this time, but we're still heading where we're heading, we're just going to take a slightly longer route.

So come on then, tell me what you think about Microsoft’s decision to remove the DRM restrictions -- did it simply lose its nerve and blink first, or was it a ballsy move designed to silence critics and give the Xbox One the best start possible? Comments below please.