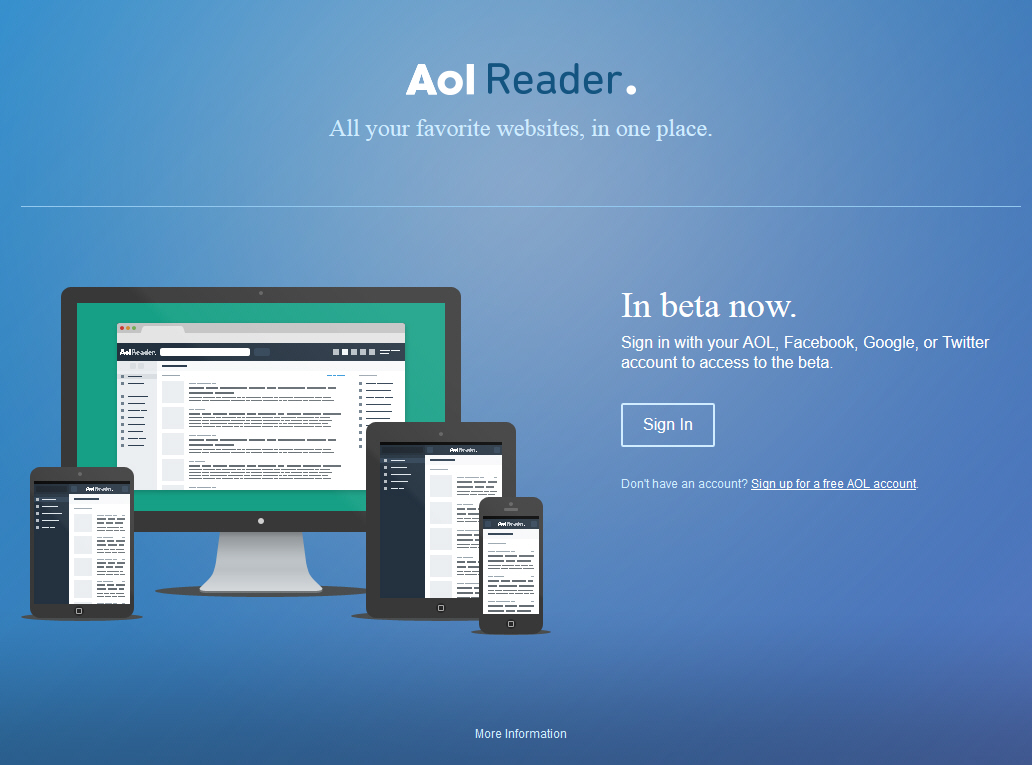 For years technology blogs have trumpeted the death of RSS, but it took Google shutting down Reader to reveal just how alive and well the platform truly is.

When my colleague Alan Buckingham expressed his dislike of Feedly, Google Reader’s heir apparent, he was bombarded with emails from other feed reading services requesting he give them a shot. Other firms, like Digg, are rolling out new services, and now AOL has announced its own Reader replacement.

I -- like most Google Reader users -- have tried several alternatives, but have yet to find one that really suits my tastes. I have high hopes for Digg’s project, but it’s AOL’s endeavour that has got me really excited -- and yes, I can’t believe I’m excited about AOL.

The new service is in private beta right now but it doesn’t matter because AOL Reader will be live from Monday so we’ll all soon be able to try it out for ourselves.

So what do we know about the service right now? Well you’ll be able to sign in with AOL, Facebook, Google, or Twitter credentials, and the service will offer a choice of views so you can view "your subscriptions as a simple list of headlines, a more visual grid of cards, an infinitely-scrolling page, or even like you would your email".

You’ll be able to import your feeds from Reader -- or another source -- and star and tag articles. The service will have its own API from the off too. There won’t be iOS or Android apps available immediately, but they are planned and will hopefully arrive soon.

Other planned features include sharing within AOL Reader and with other users, search (uh-oh -- that’s not implemented yet?) and notifications.

Does this look like the Google Reader replacement you’ve been waiting for, or have you already found a new home for your RSS needs?