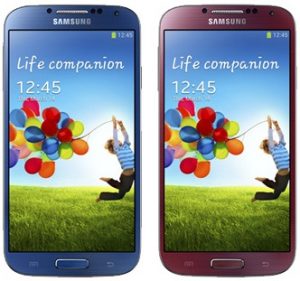 The Galaxy S4 LTE-A is the flagship Samsung should have launched instead of the Galaxy S4. The handset, which was unveiled earlier today, is the least compromising and most powerful entry in the maker's high-end Android lineup.

Samsung touts the Galaxy S4 LTE-A as "the world’s first commercially available LTE-Advanced (LTE-A) smartphone". That's a rather bold claim, considering the pretty vague release date -- "this summer". The South Korean maker does not provide exact numbers, but says that the cellular technology offers "double today's LTE speeds" (which, on the Galaxy S4, are 100 Mbps for download and 50 Mbps for upload).

"Samsung maintains a unique position for delivering LTE innovations as a provider of the parts, devices and equipment required to deliver next generation 4G LTE services", says Samsung CEO JK Shin. "The introduction of the GALAXY S4 LTE-A demonstrates Samsung's desire and ability to provide consumers with technological innovations that take advantage of increased network speeds to deliver richer and fuller experiences".

Out-of-the-box, the Galaxy S4 LTE-A comes with 32 GB of internal storage (of which roughly 24 GB are user-accessible). A microSD slot is also available (it can house memory cards of up to 64 GB in size).

By contrast, the Galaxy S4 has nearly the same dimensions (but, at 130 grams, is one gram lighter), however it features a lesser 1.9 GHz quad-core Qualcomm Snapdragon 600 processor, half the internal storage (16 GB) and, as previously mentioned, slower 4G LTE cellular connectivity.