Hackintosh -- a meager man finally gets his Mac 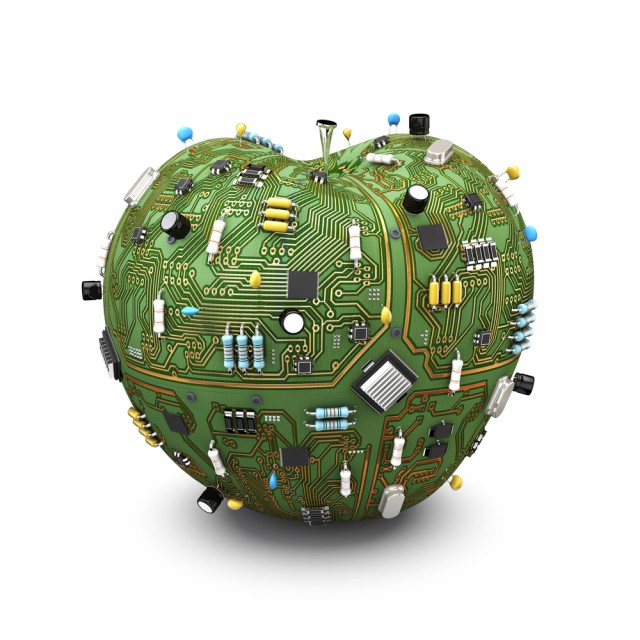 I’ve never owned a Mac before, but I’ve secretly wanted one since the release of OS X. The first time I tried the operating system was at CompUSA where I was a salesman. I regularly sold iMacs, iBooks, PowerBooks, Mac Minis and eMacs. The people that came to the Apple section of the store always seemed very odd -- they dressed weird and were loyal to Macintosh as if it were a religion. However, as odd as the people were, they were also very computer literate -- the same could not be said for the average eMachines or Compaq buyer.

Sadly, like many people, Apple hardware has always been too expensive for me -- I live meagerly. And so, I had to settle for Windows. There was nothing bad about Windows per se, but it lacked the cool-factor that the Apple computers had. Plus, I like to build computers and upgrade them. Something like a Mac Mini was affordable but not upgradeable -- a major turnoff.

Over the years, I slowly transitioned to using Linux in a dual-boot with Windows. It felt more like Mac since OS X and Linux distributions are both Unix-like operating systems. Linux allowed me to continue building my computers while taking advantage of free operating systems. While I learned to love Fedora and Gnome 3, it just wasn’t the super-cool OS X that I pined for.

Earlier this year, I decided to try Windows 8 despite the poor press and reviews it received. I surprised myself and actually liked it! I decided to make it my daily-driver. In fact, I liked it so much that I declared I was leaving Linux for it. However, truth be told, I still kept Linux on a partition for dual-boot purposes.

Unfortunately, my Windows 8 love affair was short lived. While the Modern UI and Start screen were great for casual home use, they really got in my way when trying to do actual work. I even installed Windows 8.1 to see if it could help but it couldn’t -- Windows 8 is just a productivity killer.

I decided I wanted a Mac. However, I had built a very nice Ivy-Bridge desktop last year -- I simply could not buy another computer when I had a perfectly good one already. I considered selling it but desktops are very hard to sell online due to the large size. I decided to head into the deepest and darkest sections of the Internet to investigate building a Hackintosh.

A Hackintosh is a run-of-the-mill PC that is made to run Apple’s Mac OS X. This is where things get a bit tricky from a legal standpoint. Technically, the EULA for OS X prohibits the operating system from being installed on non-Apple hardware. So, are Hackintosh computers illegal? Yes and no. In my case, I have an Apple Wired keyboard plugged into my desktop -- this is Apple hardware. In my opinion, I am fine.

After much research, I determined that my desktop was very compatible. Below are some of the specs:

Sadly, in my research, I found the Intel Wi-Fi card (which I love) was not compatible. And so, I bought a TP-LINK TL-WDN4800 Dual Band Wireless N900 PCI Express Adapter. This card is very popular with the Hackintosh community as it works out of the box without any hacks.

I obtained OS X Mountain Lion and made a bootable drive for the installation -- using a SanDisk Extreme 16GB USB 3.0 flash drive. Unfortunately, for legal reasons, I cannot tell you how to do this step. However, you should be able to figure it out if you look hard enough.

With the flash drive plugged in, I started my computer and entered the BIOS. I selected the flash drive as the boot drive and it began to boot. I was presented with the Clover Bootloader, which passed me through to the OS X installation. I was very impressed and surprised that it actually worked -- I expected problems and headaches.

Once in the OS X installation, I went to the Mac Disk Utility and formatted the SSD with Mac OS X file format. This deleted both Windows 8 and Fedora -- there was no turning back! I then selected the SSD as the installation destination.

The installation went very smoothly. I set up my profile, answered some questions and was off to the races. Once on the desktop I had one last thing to do -- install Multibeast. This is a special utility that will install the necessary drivers for your hardware plus the Chimera Bootloader. This bootloader is necessary if you want to boot directly from your hard drive or SSD. Without it, you would need to boot from a special CD or flash drive.

Once Multibeast was complete, I rebooted my computer and selected the SSD as the new default boot device. I was presented with a very cute boot screen -- a picture of a lion cub. After about 30 seconds I was presented with the OS X login screen. After logging in, I found that everything worked -- App store, Messages, Facetime, iTunes…everything. I was overwhelmed with joy -- I finally had my Mac!

I quickly and excitedly drove to Best Buy and bought an Apple Magic Trackpad and Apple Remote to complement my Apple wired keyboard. I got both of them to work with ease. The trackpad paired with BlueTooth flawlessly and worked with all multi-touch gestures. The remote, which is infrared, worked with an old Windows Media Center USB receiver once I installed a free program called Mira.

While this entire project was very smooth, I did encounter one bug. After about an hour of use, my computer would just freeze requiring a reboot. I tracked the issue to a bug with NVidia Fermi-based graphics cards. The Hackintosh community already had a fix, which I installed -- no more freezes.

Now that my OS X 10.8.4 Hackintosh was rock-solid and working flawlessly, I decided to seek some software. I installed Chrome, Gimp, Adium, Transmission, VLC and doubleTwist from the Internet. As a Linux-user (and lover) I was particularly happy to use Gimp for my photo editing. While LibreOffice is available for OS X, I opted to buy Microsoft’s Mac Office 2011 -- productivity and compatibility is paramount. 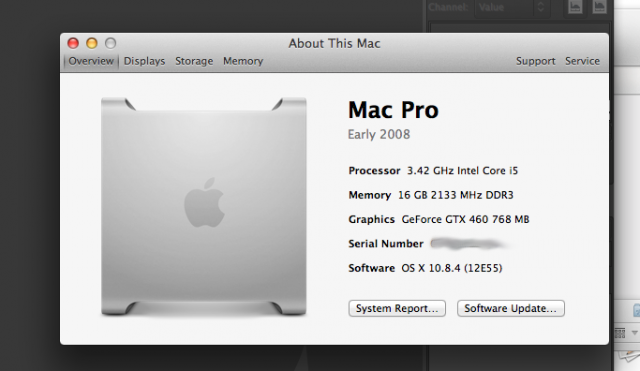 Overall, I am extremely happy with my new self-built Mac. It is a dream come true and very fun to use. If you choose to criticize me for bypassing Apple’s protection, I respect that. However, I do plan on making my next computer an actual Mac (probably a Macbook Air) -- Apple will get my money eventually.

This time, I am not declaring that I am leaving any OS behind, I will continue to use Windows and Linux. I recently ordered another SSD, which I will use for those operating systems. In other words, I will have a tri-boot computer with OS X Mountain Lion, Windows 8.1 and Fedora 19 -- the best of all worlds.

If you are interested in building your own Hackintosh, I suggest you start by going here.

46 Responses to Hackintosh -- a meager man finally gets his Mac